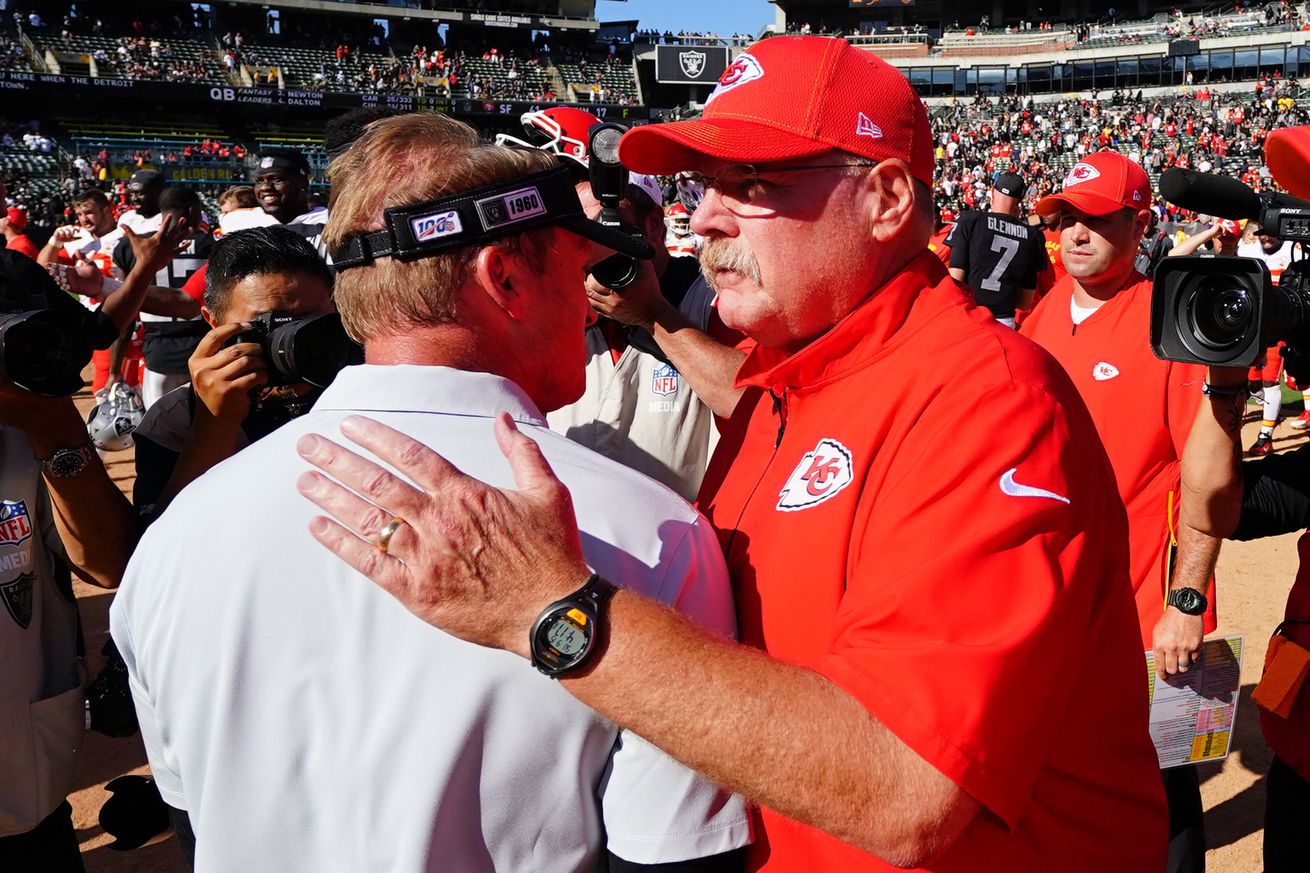 Chiefs Week has just started and we already have some sparks flying.

On Monday, the Kansas City Chiefs aired their feelings over the way the Las Vegas Raiders celebrated their first win at Arrowhead Stadium last month.

After stunning the Chiefs 40-32, Jon Gruden reportedly had the team busses do a victory lap around Arrowhead Stadium before hitting the road to the airport.

And today, the Raiders’ joy ride was a topic of Chiefs’ coach Andy Reid’s press conference in which he said doing that type of thing is not the Chiefs’ “style.”

Clearly this issue is irritating Reid. He said he doesn’t think it’s a problem facing a team a second time in a season win or lose the first time but added, “I think they (do) or they wouldn’t have driven the bus around the stadium.” https://t.co/er6tdxBaKB

Reid’s reaction is already getting a lot of attention and I’d expect it to be mentioned often this week and on game day when the 8-1 Chiefs visit the 6-3 Raiders in a huge AFC West game on NBC on Sunday night at Allegiant Stadium.

I’m thinking the Raiders’ victory lap around Arrowhead Stadium after their Week 5 win will be a source of constant conversation for the Chiefs this week.

It’s one thing to lose, quite another to be disrespected

Monday, Gruden said the Raiders took the ride because a “smart aleck” bus driver made some snide comments. He called the situation “ridiculous.”

My thoughts on the situation remain the same as when the story first broke: Who cares???

The Raiders celebrated the way they wanted to after a huge win and the Chiefs are clearly not happy about it. Both reactions are fair.

If this motivates the Chiefs, well, good for them. But clearly the Raiders will be motivated as well, looking for a sweep of the Super Bowl champions.

Yes, it’s Chiefs’ Week and it’s going to be awesome.