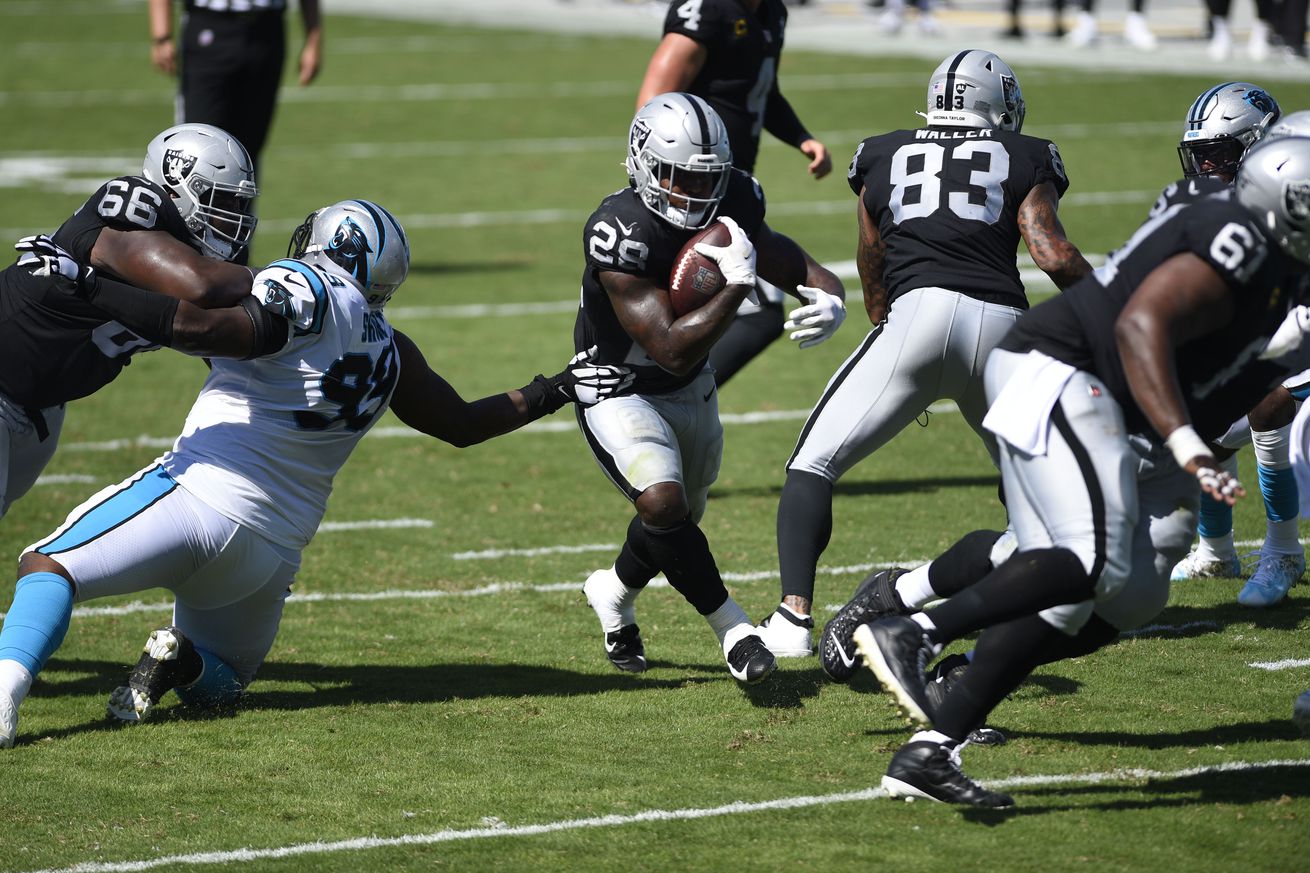 The Raiders’ intense 34-30 victory at the Carolina Panthers on Sunday morning in Week 1 was clouded a bit because of some injuries. There wasn’t much news right after the game, but let’s review the injuries and what may be next.

Trent Brown/Sam Young:
It was amazing the Raiders were able to score 34 points with the distress at the right tackle position. Brown left the game in the first quarter with a calf injury that has been bothering him for more than month. Then, Sam Young, Brown’s replacement, left later in the game with a groin injury. With Brandon Parker inactive, the Raiders had to use guard Denzelle Good (he has tackle experience) and he played well. If Brown, who missed five games last season, has to miss time, Good may have to continue to play, especially if Young’s issue is serious.

Nick Kwiatkoski:
The middle linebacker left in the third quarter with a pec injury. I don’t want to speculate, but I don’t like the fact that he was ruled out of the game so quickly after the injury. That often means there is an obvious problem.

The free agent from Chicago signed a three-year, $21 million deal in March and he was voted a captain by his teammates. When Kwiatkoski was hurt, fellow free-agent pickup Cory Littleton took over calling plays. If Kwiatkoski’s injury is serious, Littleton, who played inside linebacker in the Rams’ 3-4 defense, would likely be the middle linebacker and Nicholas Morrow and newly acquired Raekwon McMillan would play outside in the 4-3 base defense.

Henry Ruggs III:
The Raiders made the first-round pick an instant part of the offense early and he played well. But Ruggs hurt his ankle late in the second quarter. He did play in the second half, but didn’t do much. It wouldn’t be a surprise if Ruggs is kept out of practice this week as the Raiders prepare to host New Orleans next week.