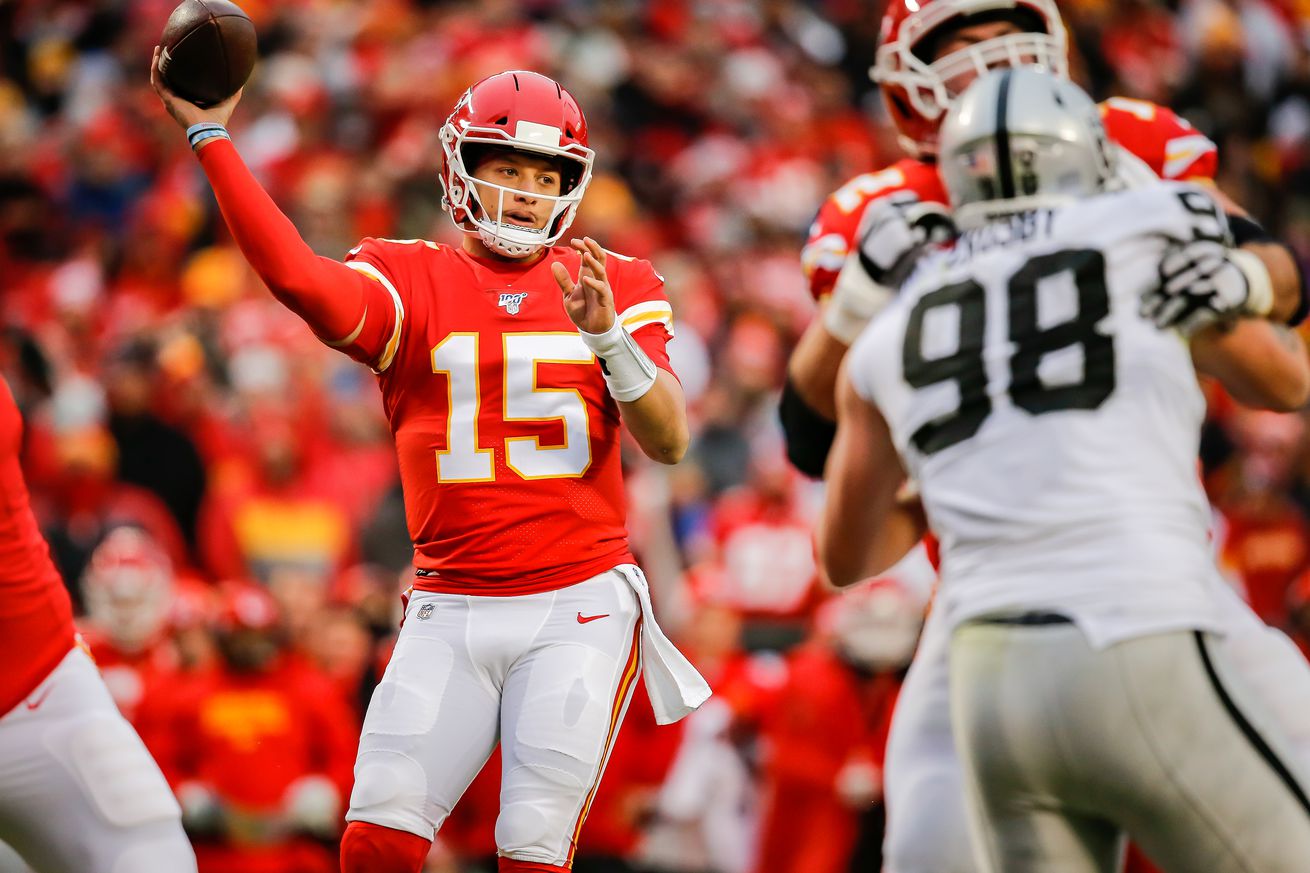 What a way to kick off the second Rivalry Week at SB Nation, huh?

Raiders fans have to deal with the sobering reality that Patrick Mahomes will be in their division for the next 12 years. ESPN reported that the Kansas City Chiefs and their star quarterback, who is not even 25 years old yet, have agreed to a 10-year extension (after the 2021 season) that will pay him $450 million.

The injury guarantee is $140 million, per source.

The contract does not contain language that ties its value to a percentage of the salary cap.

Mahomes is obviously a special player. He has been an NFL starter for two seasons and he has won the NFL MVP award and Super Bowl MVP already. Mahomes is the reason why the Chiefs are the defending Super Bowl champions for the first time in 50 years. He is the NFL’s best player and he is worth every penny he will be paid.

UPDATE: The deal is even sweeter:

Raiders’ coach Jon Gruden has said finding a way to best the Chiefs and Mahomes is the key long-term for the Raiders. Gruden, he of a 10-year contract himself, will now have to face Mahomes for the life of his contract with the Raiders.

I know some out there will spin this as saying Mahomes will ruin the Chiefs’ salary-cap outlook for years to come, but that may not necessarily be accurate.

Chiefs have the most precious asset in the NFL under contract — with no opt-outs — for an NFL lifetime. That is gold. https://t.co/9bEZOSfBnT

The reality is the Chiefs’ cap situation could get tricky some years, but they are a well-run team that is prepared for this, and they draft very well. So, it won’t just be Mahomes and a bunch of nobodies for most of his career and the truth is, any team would be happy to pay Mahomes $400 million.

Everyone in the @Chiefs football operation now has something you rarely get working in football: long-term stability.

Amazing how many lives it affects when you get that one position right. https://t.co/NMfwofXhe3

Getting a Hall of Fame-type quarterback is the objective of every team. As long as Mahomes stays healthy, the Chiefs will remain dangerous.

And that’s a pain in the ass for the rest of the AFC West for the next dozen years.