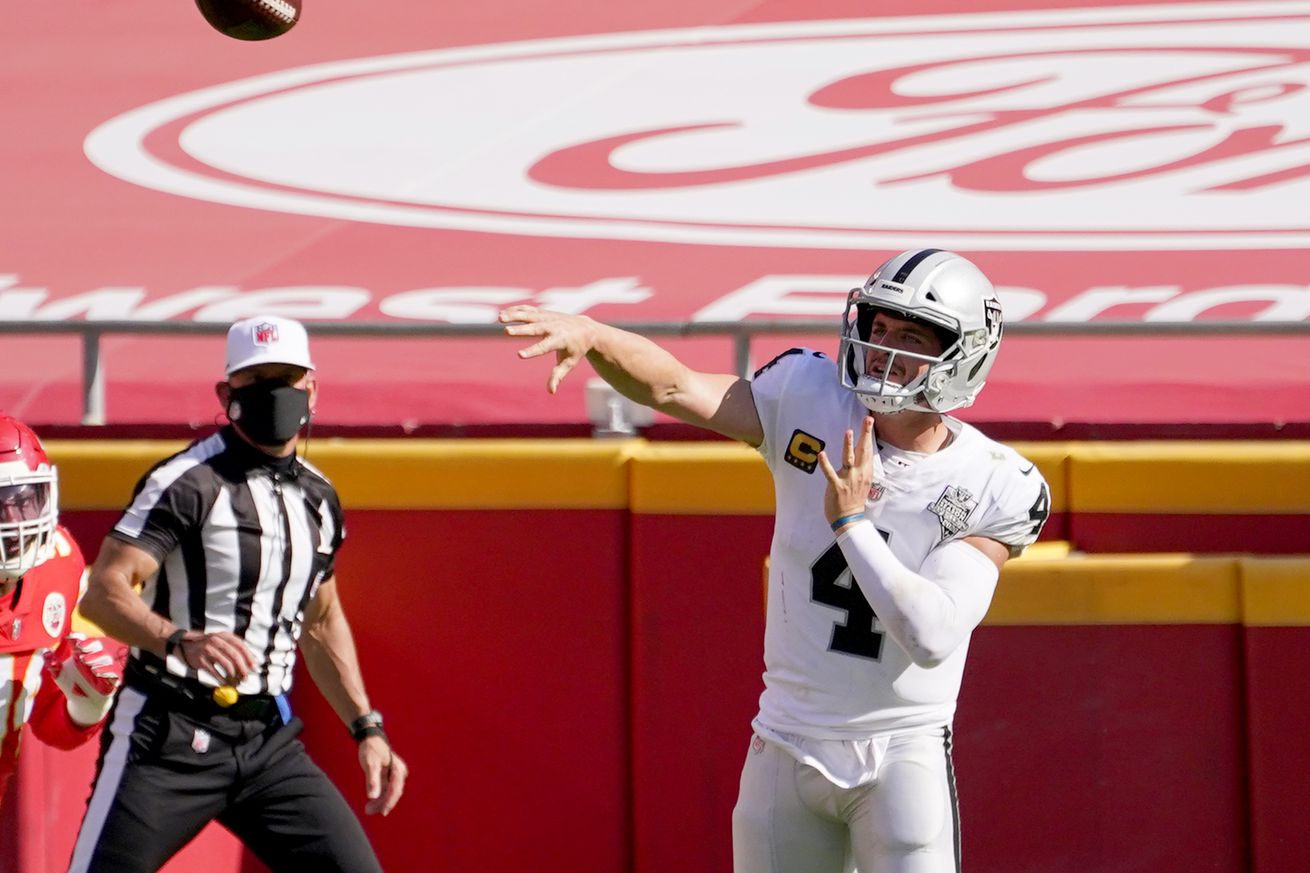 Jon Gruden must win 10 games this year, at least

The Las Vegas Raiders have faced the toughest schedule in the NFL through seven weeks. This is according to FootballOutsiders, who says that the combined DVOA (What’s DVOA?) of Las Vegas’ first six opponents is the best in the league for anybody’s slate.

Among the six teams with the toughest schedule so far, the Bears are 5-2, the Saints are 4-2 and the Raiders are 3-3, while the Broncos are 2-4, the Vikings are 1-5 and the Texans are 1-6. None of those teams have an easier remaining strength of schedule than Las Vegas does and only two clubs around the league have it better (allegedly) from now until the playoffs.

So the time for the Raiders and Jon Gruden to talk about how much improved they are this season as compared to the last two is over. The time to actually get above .500 and compete for the AFC West is here.

Las Vegas is coming off of a 45-20 loss to the Buccaneers, the top team in the league by DVOA. The Raiders beat the Chiefs, the team ranked fourth overall and first on offense by DVOA. Gruden’s team also knocked off the Saints, who are sixth in DVOA — not top five in any of the three phases of football but not outside of the top 10 in any either — in Week 3.

Going 2-1 against the top-10 of DVOA in the first half of the season is nothing to be modest about, especially for Gruden at this stage in his Raiders career.

Las Vegas also lost to the Bills, ranked 14th in DVOA, while starting the season off 1-0 with a 34-30 victory against the Panthers. Despite low pre-season expectations, Carolina is 16th in DVOA, meaning that five of the Raiders first six opponents are in the top half of DVOA; the only exception being that team that has won the AFC nine times in the last 20 years with six Super Bowl championships.

The Patriots are 26th in DVOA.

In some ways, no team has had it harder on the 2020 schedule than what Las Vegas has faced and they’re also 2-1 on the road as compared to 1-2 in their new stadium. The Raiders play their next two games, and four of the next six, away from Allegiant but there are not many top-10 teams left on the schedule.

The Raiders next face the Browns, who are 5-2 but 22nd in DVOA because of a bottom-10 defense and a bottom-5 special teams unit. Cleveland could be in that “overrated” territory after losing 38-7 to the Steelers two weeks ago and then barely getting by the Bengals on Sunday.

Vegas next has an important divisional matchup against the Chargers in LA. With Justin Herbert at the helm, the Chargers could be underrated compared to their record and DVOA and that might be one of the toughest games left this season. However, the Chargers are also dead last in special teams.

Theoretically, a “good” team might 4-2 against that schedule but if the Raiders want to prove they’re contenders in the AFC, 5-1 or 6-0 is the goal. And it’s an achievable one given the quality of opponents and their opportunity to sweep the Chiefs with a win at home.

The Raiders would be 8-4 if they went 5-1 against those teams and then they’d have three straight at Allegiant: 5th-ranked Colts, Chargers and 13th-ranked Dolphins. Las Vegas caps off the season in Denver and for Gruden to feel like the organization has made strides from where they were in 2019, going 10-6 or 11-5 or 12-4 with this remaining schedule is not only feasible, it is potentially expected.

Going 3-3 against a schedule as difficult as theirs is forgivable. Going anything less than 7-3 the rest of the way may not be.