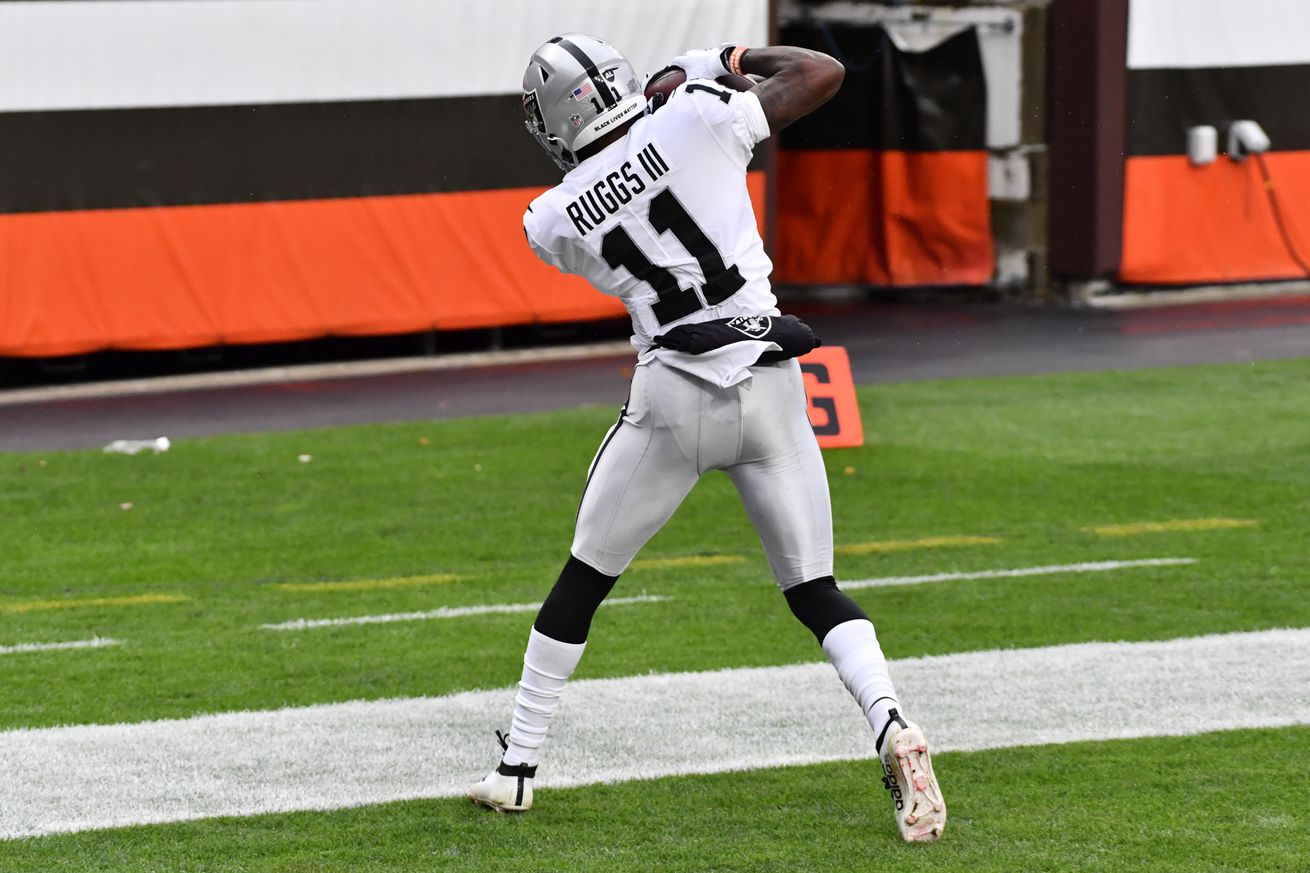 Can you believe we’re already entering Week 9 of the NFL season? Time is truly flying by, and so is the season. For fantasy players, we’re entering the “must-win” portion of the season for many people.

Hopefully you’re not like me and at least have a shot at reaching your fantasy playoffs (I’ve lost Saquon and Kittle to injuries). For most of you, playoffs begin in Week 14, so we’re about a month away from playoffs, meaning that every week is a crucial one.

Hopefully we can help out with those fantasy start/sit questions if any of you have any Raiders on your teams.

As always, start Darren Waller. The Chargers are one of the worst teams in the NFL in regards to fantasy points allowed to the tight end, meaning Waller should have himself a field day. I think this will be a high-scoring affair, so I’m expecting a lot of targets for Waller in this contest.

Josh Jacobs missed practice this week with a knee issue and an illness, but he looks like he’ll be good to go this week. The Chargers are top 10 in the league in points allowed to running backs, so this could be a tough matchup for Jacobs. He’s very boom or bust for fantasy and is really touchdown dependent on whether or not he had a good day. He could definitely get in the endzone, but if he doesn’t it could be a rough day for him scoring wise.

As I mentioned earlier, I think this game will feature a lot of scoring. Well, if there will be a lot of scoring, you’ll probably want to start Derek Carr. Aside from last week, which we’ll allow, he’s been very good for fantasy this year. Sure, he’s not giving you top-five numbers every week, but he’s giving you consistent numbers. He’s going to be throwing a lot this weekend, so get him in those lineups.

Carr will have to throw to his receivers, but it’s just tough to really trust any other options other than Waller. Sure, Hunter Renfrow can have a solid game, but I wouldn’t bank on it. He has only had one decent game this season for fantasy. If he’s a last resort option, you could do worse, but I’d try and avoid him.

If you desperately need a win this week and need a player to try and get you 15+ points, Ruggs is the perfect player to take a chance on. Earlier in the week, Bill wrote about whether or not Ruggs is a player you can drop from your fantasy team. As someone who owns him, I wouldn’t. He has big-play ability and can strike for a long touchdown at any moment. He should have had a touchdown last weekend, but after review it was called back. There’s a huge risk he can have a dude of a week, as he’s done most weeks, but there isn’t anyone else on this receiving unit who has a better chance of giving you a winning performance.

Kind of like Ruggs, Nelson Agholor is big-play dependent, but with scoring a touchdown. He’ll definitely be good for a few catches, but his fantasy relevance has been solely because of his touchdown ability over the weeks. If he doesn’t catch a touchdown, he’ll likely hurt your week. He finished with zero points last week, so hopefully he can bounce back with some sort of production.