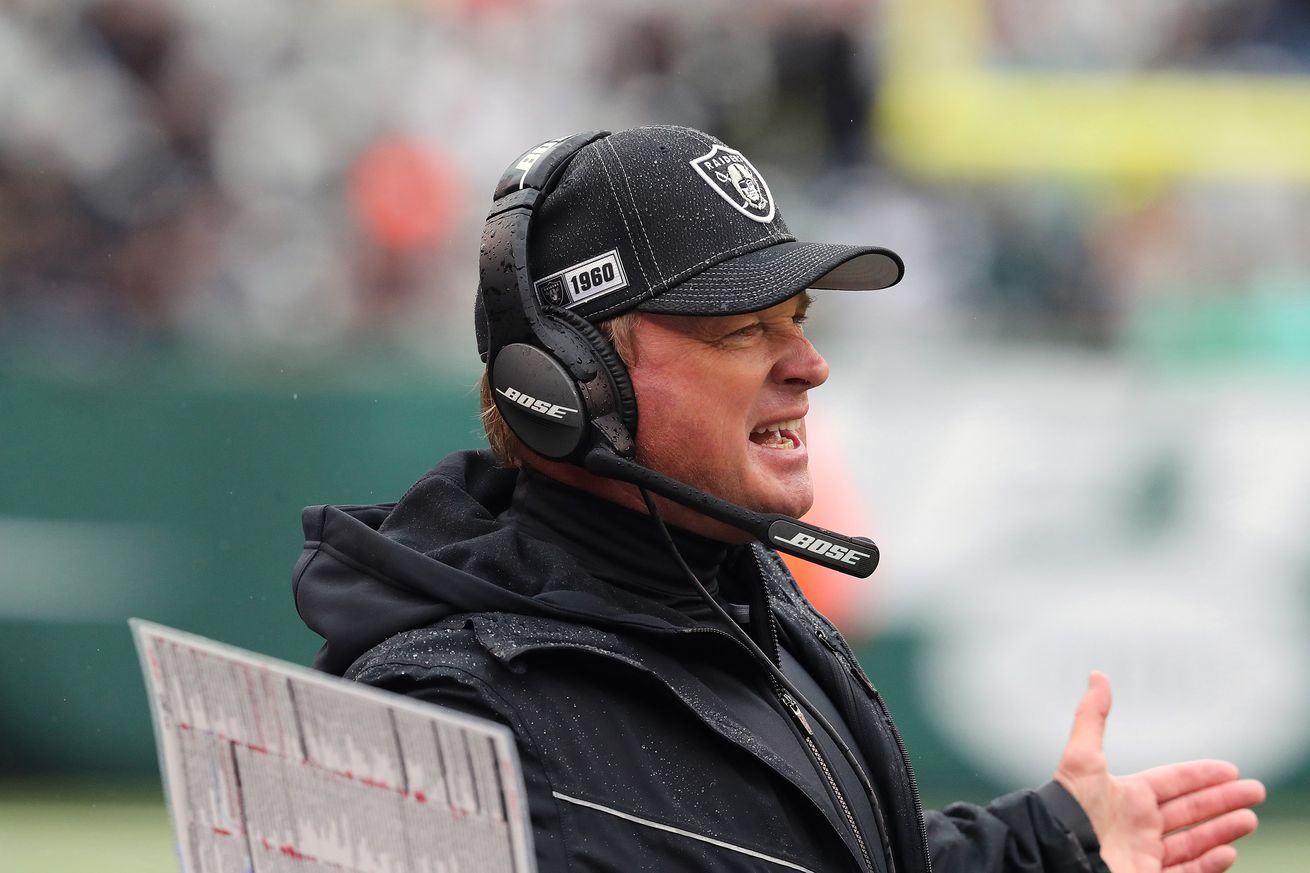 In the latest SB Nation Reacts poll, Raiders fans showed that they’re losing some confidence in the team.

Welcome to SB Nation Reacts, a survey of fans across the NFL. Each week, we send out questions to the most plugged in Las Vegas Raiders fans, and fans across the country. Sign up here to join Reacts.

So … look. Last week didn’t go so well, did it. The Las Vegas Raiders got thumped by the Tampa Bay Buccaneers and it wasn’t a ton of fun for anyone. Except, you know … Bucs fans. But who cares about them.

As tends to happen when you get your butt kicked by 25 points, Raiders fans lost a little bit of their faith in the Raiders direction. After a win against the defending champion Kansas City Chiefs, followed by a well-deserved bye week, a clean 100% of Raiders fans that responded to our SB Nation Reacts poll expressed confidence in the direction of the team.

But after the Week 7 loss, that number dropped to 79%. That’s the second-lowest figure for the Raiders since the end of the 2019 season. If you think that number should be different, well … sign up above!

On the bright side, NFL fans as a whole are anticipating a Raiders win over the Cleveland Browns on Sunday.

In less happy news, the Chiefs are still the toast of the AFC West town. Not only do they lead the Raiders by two games in the standings, but a survey of NFL fans shows that most people consider Kansas City the best team in the entire league, once again.

So for now, at least, being a Raiders fan might not be as good as being a Chiefs fan. But it sure as hell beats being an Atlanta Falcons fan.

To vote in the Reacts surveys and have your voice heard each week, sign up here. It’s a lot of fun. I’ll issue you a refund if you disagree.