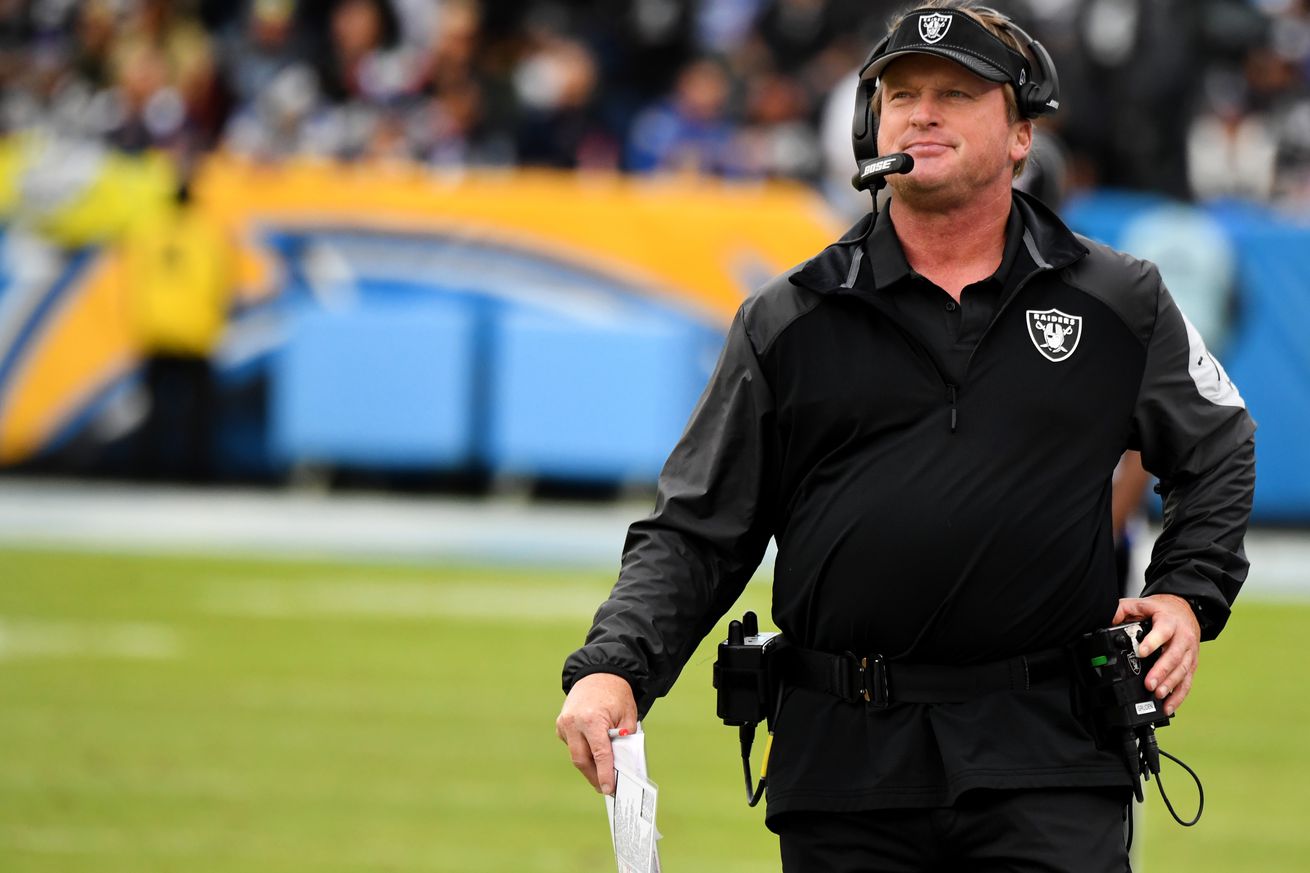 Team is in limbo while moving from California to Las Vegas

The good news for NFL coaches is that they can finally return to their offices beginning Friday.

However, it is still a confusing time for Raiders’ coach Jon Gruden and his staff. While the situation is clear for most other teams in the NFL, it’s a complicated scenario for the Raiders. Football wise, the Raiders’ Alameda, California, facility is shuttered — the team still has some business that will be conducted there for the short term, but, for the large part, most of the belongings in the facility have been packed and moved into their new HQ in Henderson, Nevada,

The Henderson facility, which is near Allegiant Stadium in Las Vegas, won’t be ready for operation until later this month.

Also, at play are the Bay Area coronavirus guidelines that restrict groups of people converging in a work settings (the 49ers are in the same situation in Santa Clara).

It is my understanding that the Raiders’ brass is going to discuss their options later today.

Because of the move and the health restrictions, Gruden could decide to continue to operate virtually as the Raiders have been for more than two months, until the move to Nevada. I’d imagine Gruden is chomping at the bit to get his staff together and these obstacles are annoying.

However, the work procedure with players is not changing this week, at least, because the league is still not allowing them back to the facility.

The NFL’s current plan is the next time the Raiders meet as a team will be training camp in late July. Camp will be held in the new facility, which will be fully operable by then.