Add another team to the fluid Jadeveon Clowney sweepstakes. The Raiders have made an offer to the free agent edge defender, per The Athletic’s Vic Tafur and Tashan Reed (subscription required). 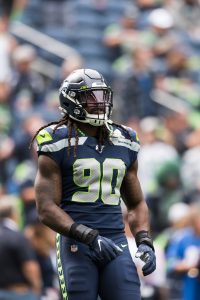 While the Raiders are interested in the former Texans and Seahawks starter, they are believed to be in a “distant third place.” It is unclear the teams in front of them, but based on the Seahawks and Browns being the only teams connected with Clowney offers, they would add up as the leaders. Cecil Lammey of 104.3 The Fan was the first to report of the Raiders’ Clowney proposal (on Twitter).

Jon Gruden looks to be driving the bus for Clowney in Las Vegas, per Lammey. The Raiders used first- and fourth-round picks to address their defensive end spots last year — in Clelin Ferrell and Maxx Crosby — and have 2018 third-rounder Arden Key and recent free agency addition Carl Nassib set to be role players in this group as well. A three-time Pro Bowler, Clowney profiles as a higher-end talent — even though his sack numbers (32 in six seasons, including just three in 2019) do not match his reputation.

The Browns and Seahawks have both pitched Clowney deals worth around $15MM. Clowney is believed to be on the fence regarding a Cleveland stay, but he has not ruled it out. And the Browns have multiyear and one-year proposals still on the table. It is not known if the Seahawks’ reported offer is still out there, but given Seattle’s pass-rushing depth chart, it would make sense if the team were still trying to bring Clowney back.