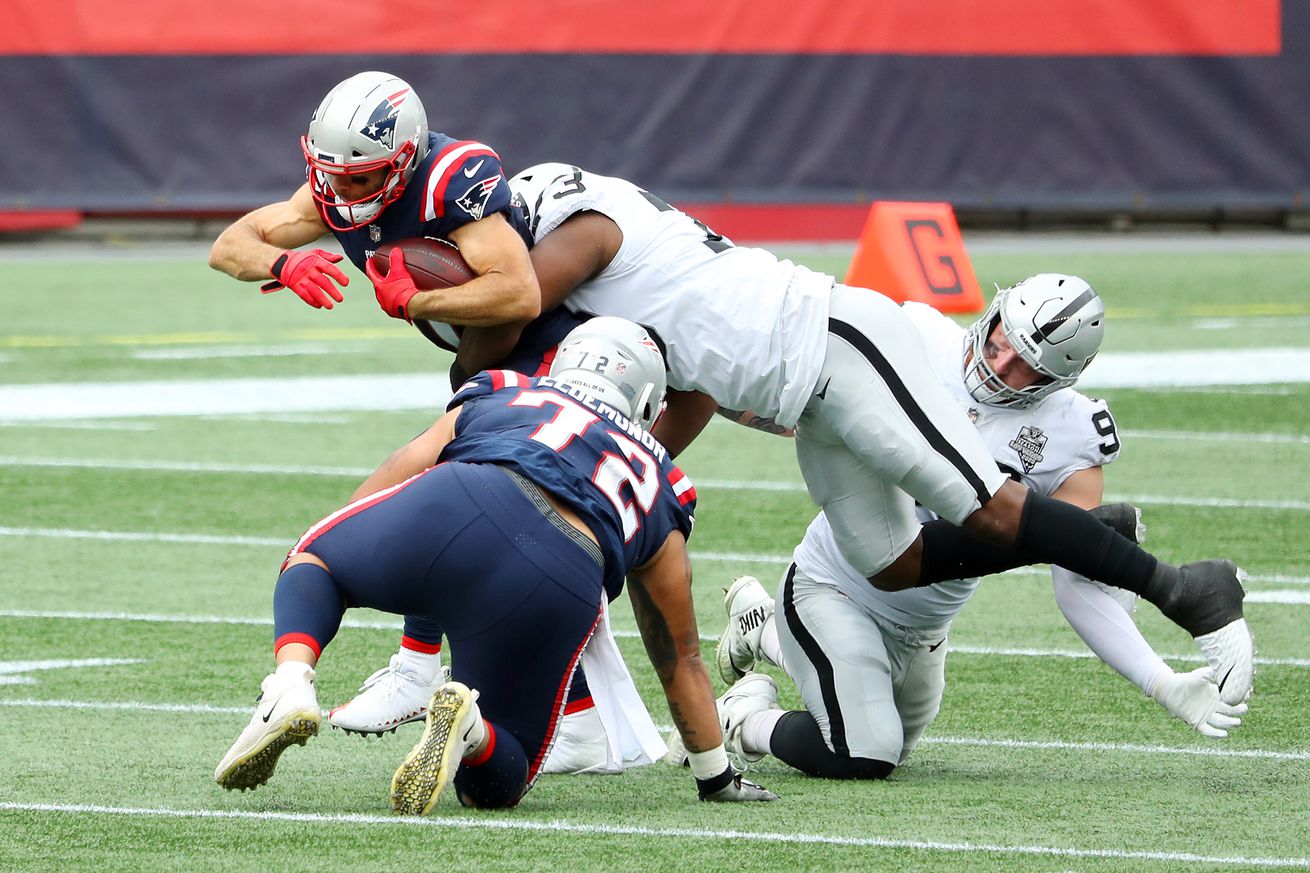 Injuries and coronavirus issues have been frustrating themes for the Raiders in the first quarter of the 2020 season and they continued Tuesday ahead of a critical Week 5 game at Kansas City as defensive tackle Maurice Hurst was added to the NFL’s Reserve/COVID-19 list.

Hurst has either tested positive for the coronavirus or he has had close contact with someone who has tested positive. It is the first time during the regular season the Raiders have put a player on the Reserve/COVID-19 list. If Hurst did test positive, there could be some concern that he was positive on Sunday in the Raiders’ home loss to Buffalo. Hurst played 35 snaps in the game.

While the Raiders haven’t had any positive tests during the season, they’ve had issues with the NFL’s coronavirus guidelines. Hurst was not one of the 10 Raiders’ players who were fined for attending Darren Waller’s charity event last week.

While we will find out more as the week progresses, it seems likely Hurst will be able to play Sunday against the Chiefs. The Raiders have a bye week after that, so Hurst could be on track to play in Week 7 against visiting Tampa Bay if things go well for him.

The Raiders have further issues at defensive tackle. Both Maliek Collins and Johnathan Hankins were banged up against the Bills and Collins could have trouble playing Sunday depending on how the practice week goes. Kendall Vickers is the only other defensive tackle on the roster at the moment. Daniel Ross is on the injured reserve. If Collins can’t play, the Raiders may have to move defensive end Clelin Ferrell inside. That is not a great situation heading into a game against Patrick Mahomes and the Chiefs.