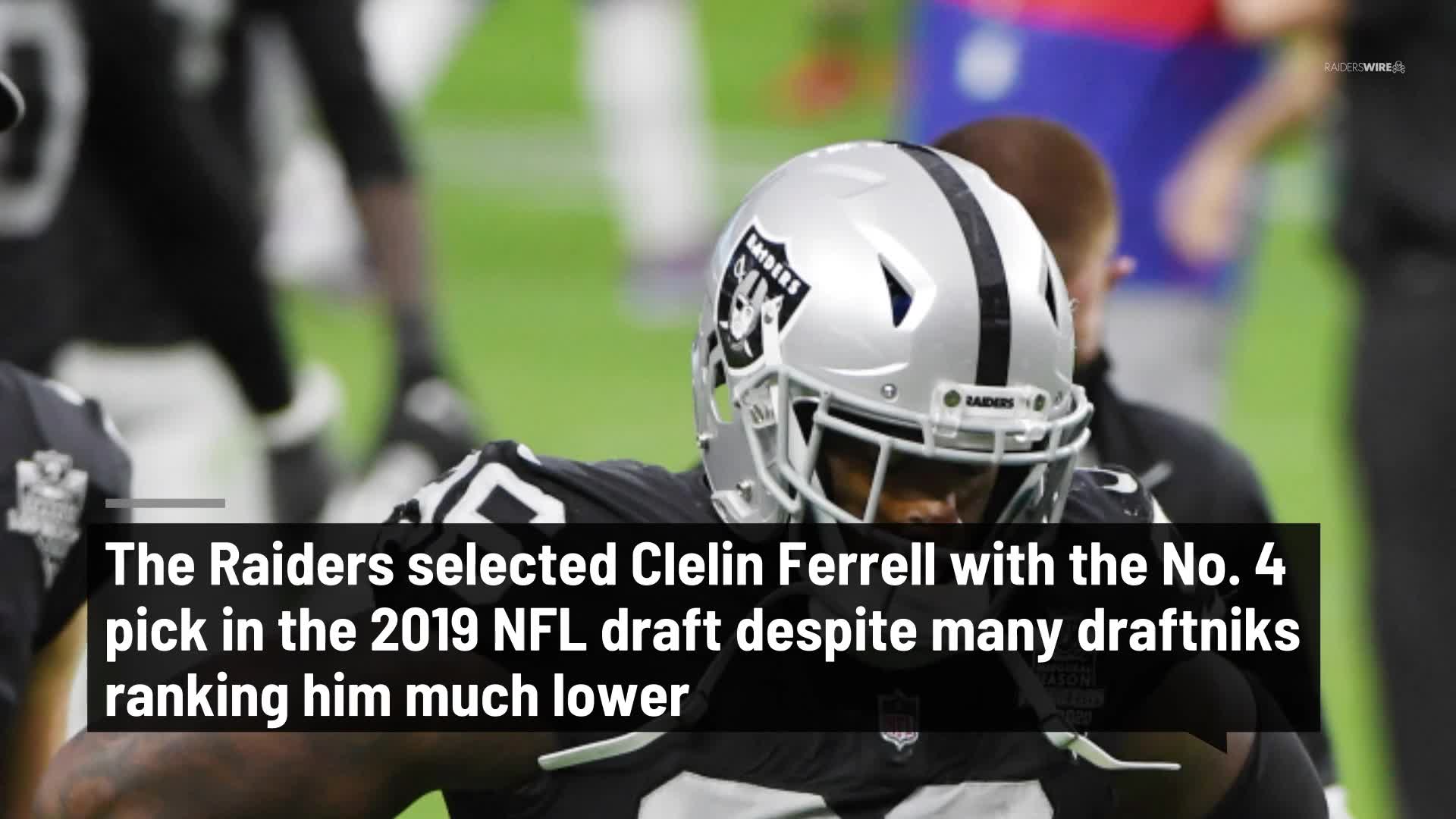 The 2019 draft ended up being a good haul for the Raiders, The team landed several impact players, such as Josh Jacobs, Travyon Mullen, Maxx Crosby and Hunter Renfrow. However, their pick at No. 4 in that draft has many wondering what could have been.

The team selected defensive end Clelin Ferrell with the No. 4 pick in the 2019 NFL draft despite many draftniks ranking him much, much lower. The team passed on several high-impact defensive players, such as Devin White, Josh Allen, Ed Oliver and Brian Burns.

Ferrell hasn’t been a bad player in the NFL, but he hasn’t lived up to the hype of a top-five pick. And in a recent article by Gary Davenport of Bleacher Report, the pick of Ferrell at No. 4 was named among the worst draft mistakes over the last three years. Here is a snippet of his thoughts on the pick and the player:

“Ferrell’s rookie season wasn’t terrible—38 tackles and 4.5 sacks in 648 snaps. But that isn’t the impact teams expect from a top-five pick…Instead, his numbers dropped across the board in 2020…including just two sacks.

There’s still time for Ferrell to turn things around somewhat. But given that the Raiders could have drafted edge-rushers like Josh Allen, Brian Burns or Montez Sweat with this pick, it’s hard to view this one as anything but a major misfire.”

Entering 2021, the Raiders desperately need Ferrell to take a step as a pass rusher. He’s already a fine run defender, but they didn’t draft him that high for him to not rush the passer. Hopefully, he can continue to improve to make this draft blunder a little more palatable.