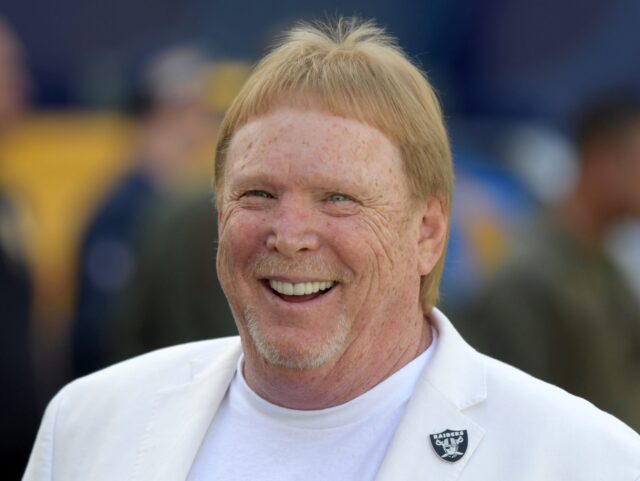 The recent sale of the Denver Broncos has made massive news throughout the sports world. A group led by Walmart heir Rob Walton, as well as his daughter Carrie Walton-Penner and her husband Greg Penner, has agreed to purchase the Broncos for a record $4.65 billion, the largest sale price for any sports franchise in North American history.

A sale of this magnitude will undoubtedly help raise the value of franchises across the league, and the Las Vegas Raiders would be chief among them.

There has been absolutely nothing to suggest that Mark Davis is in any way entertaining the idea of selling the team, but if he did choose to do so, there are some who believe the Raiders could fetch $5 billion or even more, according to Adam Hill of the Las Vegas Review-Journal:

Davis, who did not return a request for comment on this story, has immersed himself in the community and given no indication he would want to sell the team.

But one league source indicated a potential sale price could be as high as $5 billion. Another suggested the team could fetch significantly more on the open market.

Once again, it is extremely unlikely that Davis would sell the Raiders as this is a family business, with his father Al first purchasing a stake in the franchise in 1966. Additionally, income has increased recently, largely thanks to the move to Las Vegas and a much more favorable stadium deal.

The value of NFL franchises has grown dramatically over the last few years, as Forbes listed the average NFL franchise to be valued at $2.57 billion in 2018. That number increased to $3.5 billion in 2021, even despite two seasons being hampered by the COVID pandemic.

Last year the Raiders were valued at $3.415 billion, right in the middle of the pack for NFL franchises at 16th. With the Walton-Penner Group purchasing the Broncos at a 12% increase from their valuation last year, that would seemingly put the Raiders at a valuation of $3.825 billion in 2022, and that is without adding in any other factors that would increase it even more.

The post Raiders Could Be Valued At $5B Following Sale Of Broncos Franchise appeared first on Raiders Newswire.