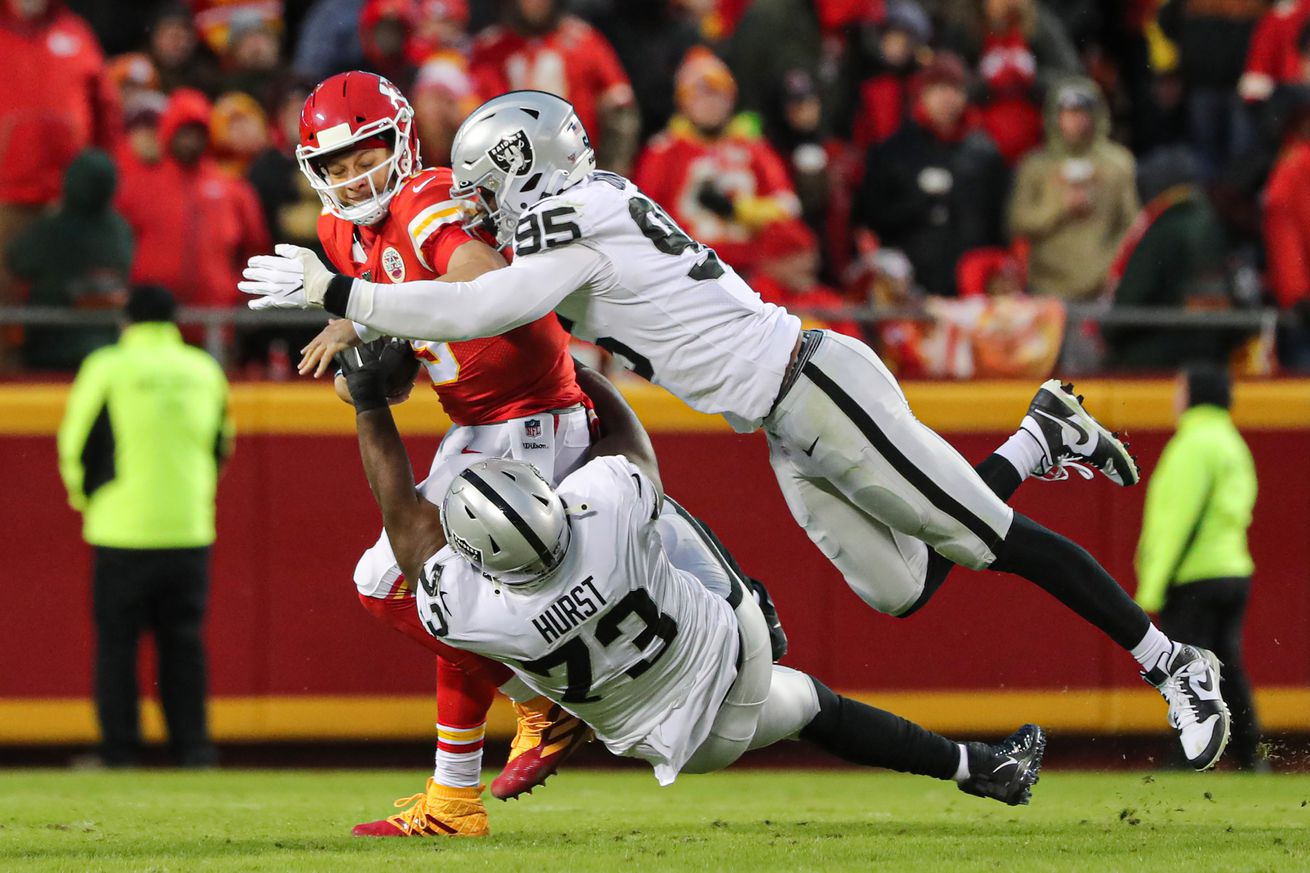 Fears about spread of the virus impact both teams

The NFL is experiencing its first in-season coronavirus crisis and the Raiders are directly involved with their game at the Kansas City Chiefs just four days away.

On Tuesday, Raiders defensive tackle Maurice Hurst was put on the NFL’s Reserve/COVID-19 list. That means he either tested positive or he was exposed to someone who tested positive.

Earlier on Wednesday, ESPN reported that an unnamed Raiders’ player tested positive, but that report was refuted and the team has not put any other players on the list so far.

While the Raiders hope that they don’t get any more positive test results, the Chiefs are holding their breath as well.

Imagine having to social distance from your significant other

There is a similar concern in Buffalo as Hurst and Bills’ quarterback Josh Allen embraced on Sunday after Buffalo won in Las Vegas.

Maurice Hurst and Josh Allen embracing after Bills/Raiders on Sunday

Collectively, the Raiders have been fined $565,000 for various NFL coronavirus guidelines violations. When asked about his concerns about playing the Chiefs after they played the Patriots and Gilmore, Raiders coach Jon Gruden made it clear that he is tiring of the issue.

“This is a tough situation. I admire everybody’s cooperation, working hard to prevent the spread. I’m not going to keep answering questions about this. I hate the virus. We have to rev up our intensity and our concentration on how to beat it, and that we will do.”