Not only did Nate Hobbs make the roster as a Day 3 selection in the 2021 NFL Draft, but he also won a starting job in Week 1. Hobbs was the team’s opening day starter in the slot and he never gave up that job.

He was fantastic in the slot for the Raiders and improved nearly every game. But where does he rank among the best slot defenders in the league?

In a recent article by Anthony Treash of Pro Football Focus, he wrote about the top ten slot cornerbacks in the NFL heading into the 2022 season. Hobbs made the list, coming in at No. 8. Here is what Treash had to say about the second-year cornerback from Illinois:

“The former fifth-round pick came from Illinois, where he played over 2,100 snaps on the outside compared to just 155 in the slot. After impressing in the slot during camp, he was given the starting job and went on to lead the NFL in coverage grade for the entire season.

The Raider brings explosiveness and aggressive play to the field and has been productive as a blitzer — he produced nine pressures on 20 rushes last year.”

Hobbs will likely play in the slot again during the 2022 season, but don’t be surprised if they use him more on the outside. He’s arguably their best defensive back on the roster and he could be in for an even bigger role this year. 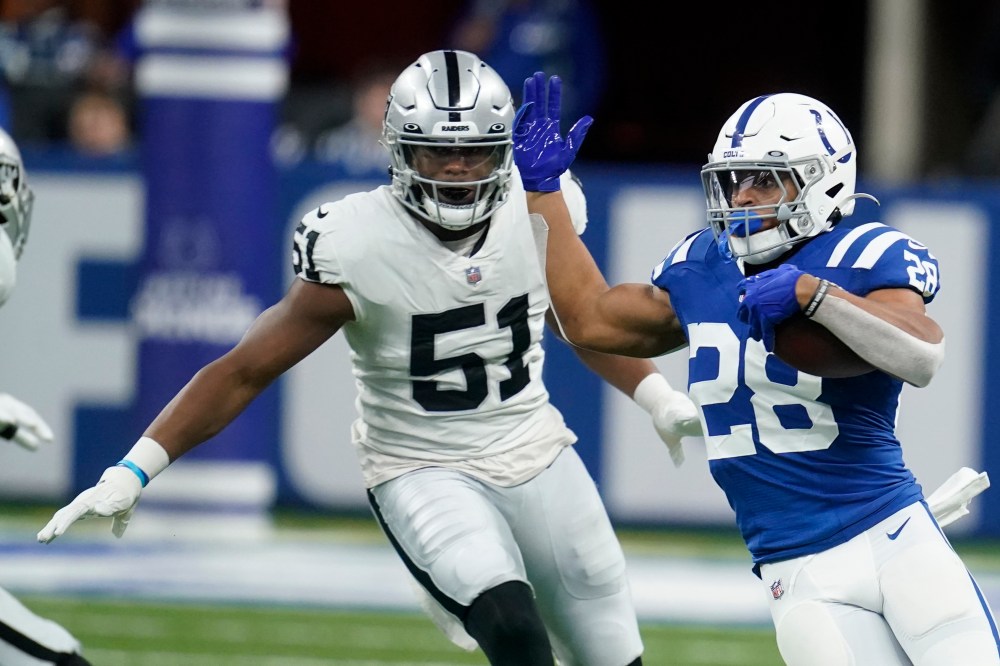