Going into the second preseason game of the year, the Raiders are expected to use the same starting rotation we saw in the Hall of Fame game. That means no Derek Carr, Davante Adams, etc. However, we should see all the same running backs once again.

That includes Josh Jacobs, who played 11 snaps against the Jaguars in the Hall of Fame game. The only question is, will he continue to run with the starters or could someone like Kenyan Drake or Zamir White get snaps over him?

In a recent article by Trevor Sikkema of Pro Football Focus, he wrote about every team’s biggest storyline entering Week 1 of the preseason. For the Raiders, it was their backfield after Josh Jacobs played 11 snaps in the Hall of Fame game.

Here is what Sikkema had to say about the running back position entering their Sunday matchup against the Vikings:

“After watching last week’s Hall of Fame game against the Jacksonville Jaguars, the battle we’re keeping our eyes on is the Raiders’ running back room of Josh Jacobs, Kenyan Drake and rookie Zamir White.

White led Las Vegas in yards last week, but with this being the official Week 1 of the preseason, how much each player gets the ball could be telling for the regular-season rotation.”

Jacobs looked good in his two series with the starters last week and he is still the odds-on favorite to open the season as the starter. However, keep an eye on White as he could earn a bigger role before the start of the season. He might just be too good to keep off the field this year. 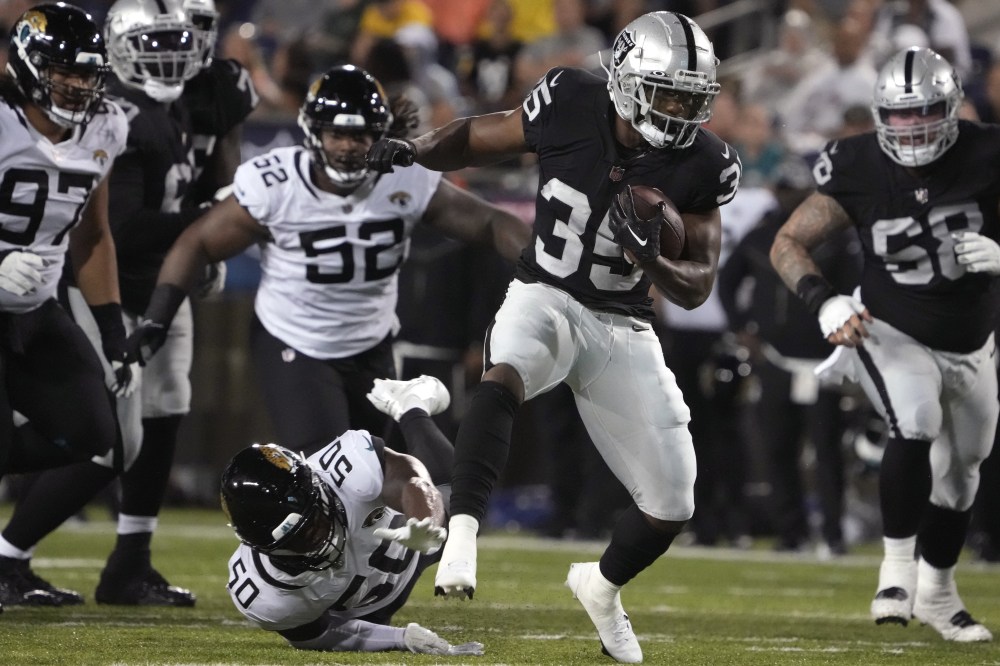