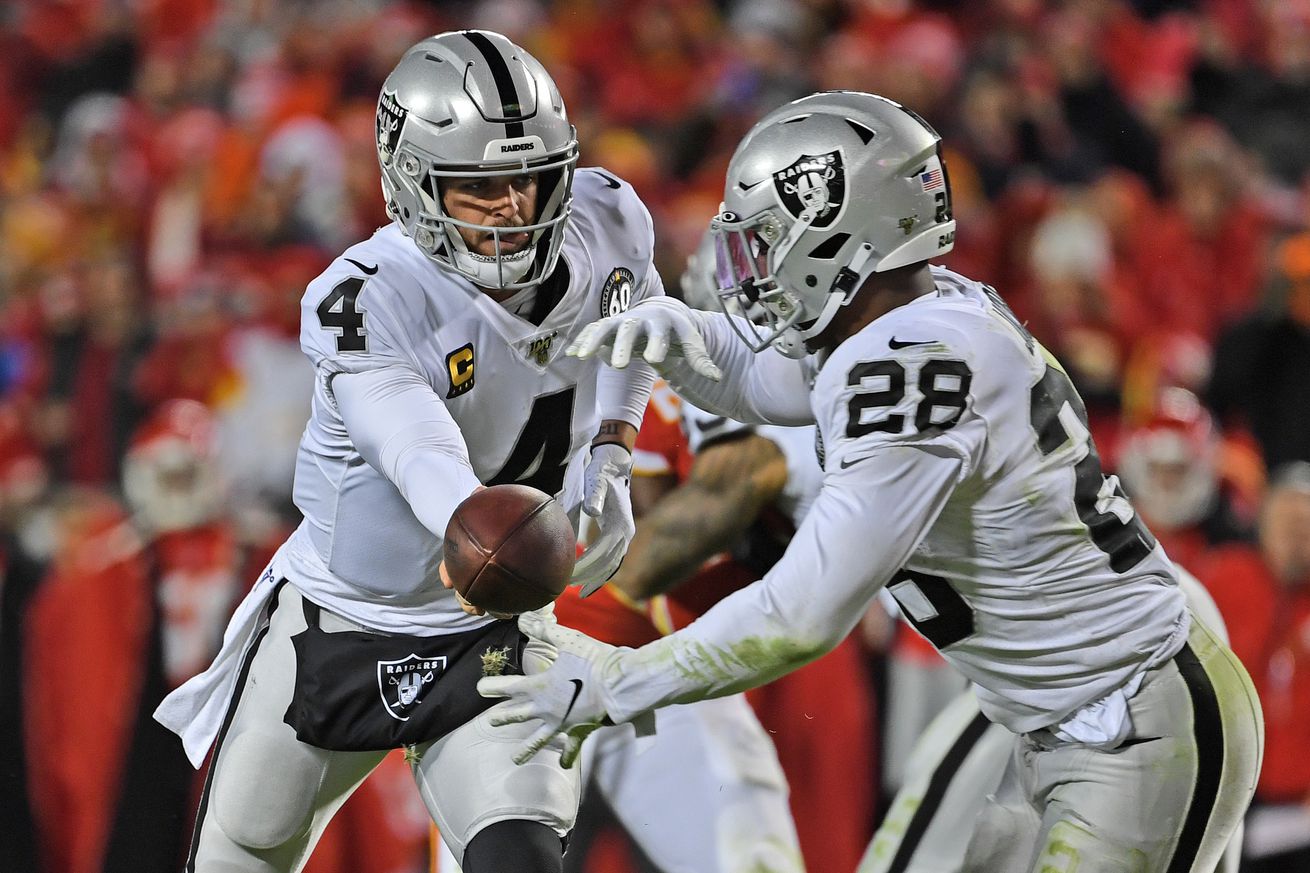 The Las Vegas Raiders start the 2020 NFL season Sunday at the Carolina Panthers with high hopes and there is a lot of excitement for this game for good reason.

This is a great matchup for the Raiders to start the season, even on the road (they were be no fans in the stands) and that’s why they are 3.5-point favorite to win the game.

The Panthers are one of the youngest teams in the NFL and have a new coaching staff (led by first-time NFL head coach Matt Rhule) and a new quarterback, Teddy Bridgewater. Plus, they are starting four rookies on defense. The Raiders are a better team and they should win.

Here are five keys for the Raiders on Sunday:

Run the ball:
Second-year Raiders’ running back Josh Jacobs was one of their best weapons last season as a rookie. He should be even better this year. There is no better formula to win on the road (even without fans) than to run the ball down the defense’s throat. This should be the Raiders’ first objective.

Don’t let Christian McCaffrey take over:
The Panthers’ offense revolves around McCaffrey, one of the game’s most dynamic players. He is an all-purpose nightmare. The Raiders believe their defense is much faster this season. It better be Sunday. If McCaffrey doesn’t take over the game, the Raiders should be in good shape.

Start fast:
We all know the Raiders’ recent history when starting games at 10 a.m. on the west coast. They are 5-21 in early starts in the past 10 years. Raiders coach Jon Gruden said this week he isn’t worried considering the team was practicing at 7 a.m. in training camp. If the Raiders can score early, any worry about an east coast malaise will disappear.

Carr–Waller connection:
With rookie receivers Henry Ruggs III and Bryan Edwards playing their first game, don’t be shocked if Raiders’ quarterback Derek Carr relies on his favorite 2019 target Darren Waller on Sunday and that’s cool. Waller the Baller can wreck defenses as he had 90 catches for 1,145 yards last season. If Jacobs and Waller have big games, that should bode well for Las Vegas.

More Possessions and red zone success:
Gruden has harped all offseason and during training camp about the Raiders getting more 3-and-outs on defense to help the offense and then, to have better production in the red zone. The Raiders were 29th in red-zone scoring in 2019. Field goals are OK, but touchdowns start the party. If these two areas can be improved Sunday it could be a great sign for the season.