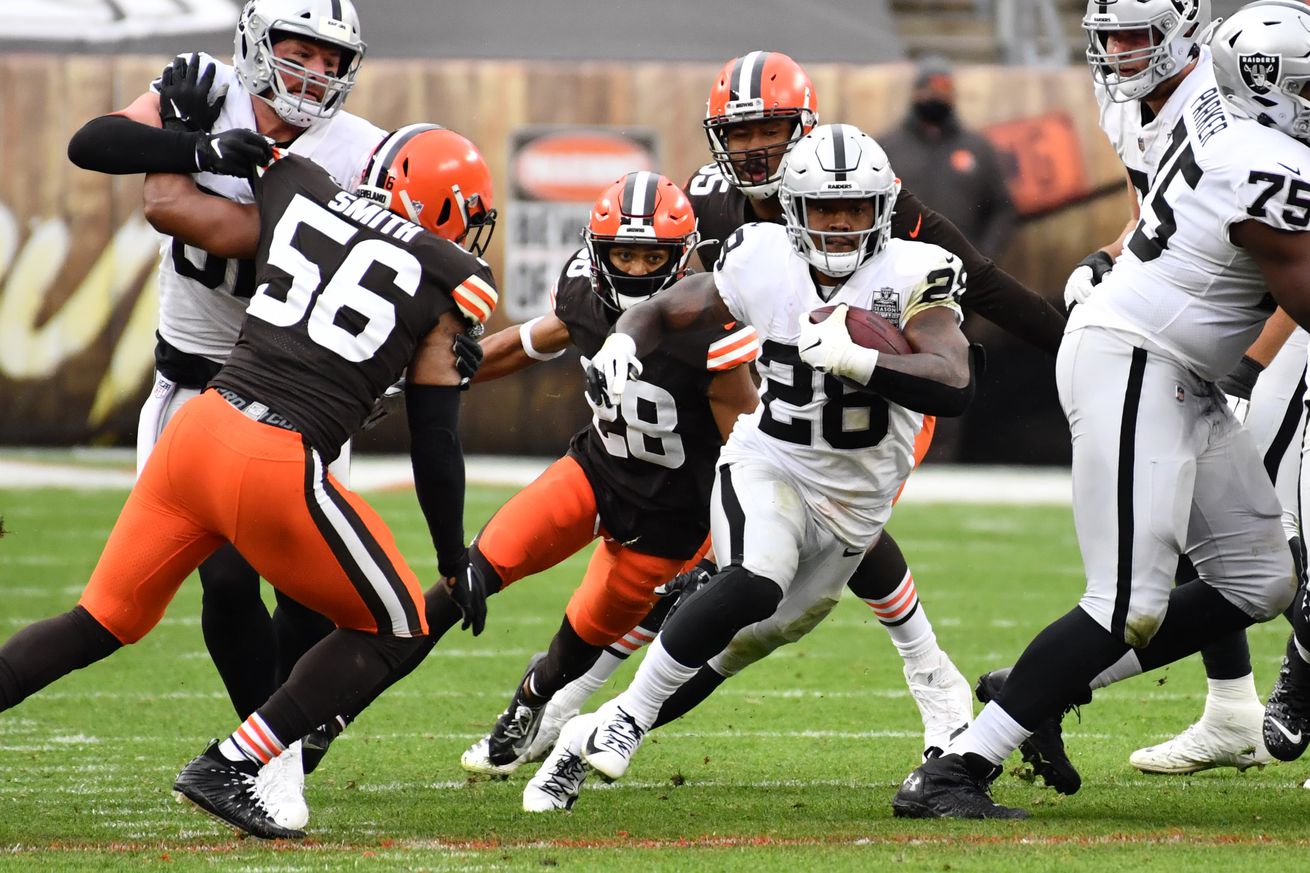 What Las Vegas has to do to win in Week 9

Let’s look at five keys to victory for the Las Vegas Raiders at the Los Angeles Chargers on Sunday in a game the Raiders, are somehow, a slight underdog:

Stay the course:
This has to be a 60-minute game for the Raiders. If the Chargers jump out to a lead, the game will be far from over. The Chargers have surrendered a 16-point or more lead in the past four games and ended up losing three of those games. No deficit is too steep against the Chargers — the Raiders have to keep plugging all game long.

Make it difficult on Justin Herbert:
This kid is a baller. He has been a total stud in his six starts. No, it hasn’t helped the Chargers win much, but he can shred defenses and the Raiders’ defense has been shredded a lot this season. Las Vegas has to get pressure (which hasn’t been the case much this season) and has to get turnovers to rattle the rookie.

More Jacobs:
The Raiders usually win when Josh Jacobs dominates, so let Jacobs dominate. The Raiders’ game plan should start with the second-year running back, who had a season-high 128 yards on the ground in a Week 8 16-6 win at the Cleveland Browns.

Unleash Ruggs:
That was the plan going into the Cleveland game, but horrible weather ruined any passing-game plans. Yet, this game will be played in the new SoFI Stadium in Los Angeles and weather won’t be an issue. The Raiders need to get the ball into Ruggs’ hands often and that starts with more targets. The Raiders may need to score 30-plus points in this game, so a couple of quick-strike touchdowns from Derek Carr to Ruggs could go a long way in securing a win.

Don’t let Justin Jackson be a factor:
The Chargers’ running back has been sneaky good. He had 89 rushing yards against the Denver Broncos last week. The Raiders’ run defense can be exploited. We know Herbert is probably going to make his plays in the passing game, but if Jackson gets on a roll, it could be a long day for Las Vegas.