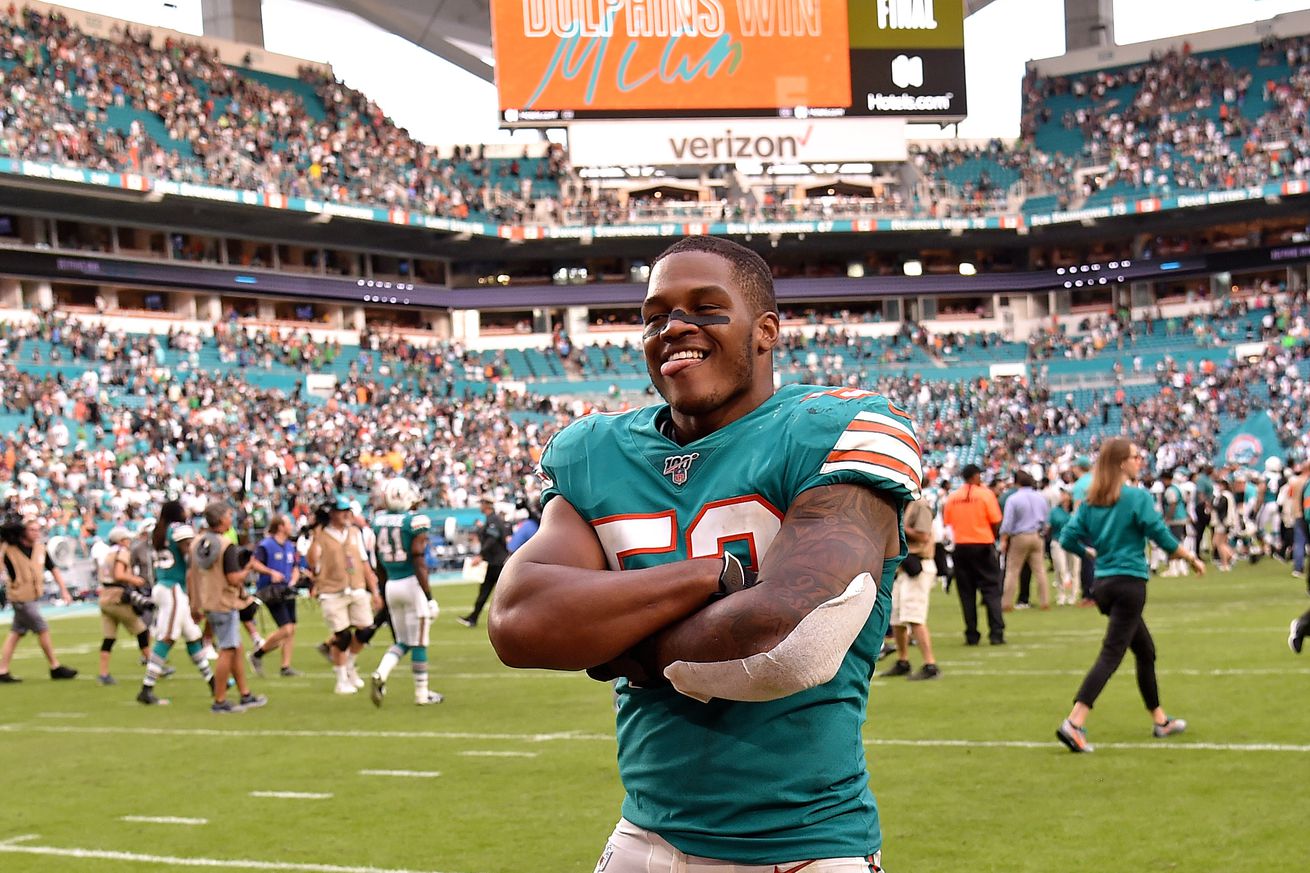 A second round pick in 2017, McMillon had 72 tackles last season

The Las Vegas Raiders have traded for linebacker Raekwon McMillan according to Barry Jackson of the Miami Herald. McMillan was a second round pick in 2017 out of Ohio State but is yet another former Adam Gase draft pick who apparently doesn’t fit with the current regime. The Raiders seem to feel that even after signing Cory Littleton and Nick Kwiatkoski this year that they might have room for him to fit in.

Dolphins linebacker Raekwon McMillan has being traded to the Raiders, per source.

A 5-star linebacker commit in 2014 — the top player at his position in the nation according to Rivals — McMillan chose the Buckeyes over Alabama and Clemson, among others, and immediately totaled 54 tackles and seven tackles for a loss as a true freshman on the national championship team. McMillan led the defense in tackles as a sophomore and junior and declared for the 2017 NFL Draft.

Current Raiders GM Mike Mayock rated McMillan as the ninth-best linebacker in the draft, which was lower than Mel Kiper and Todd McShay, who had him fourth and seventh, respectively. McMillan was seen as a liability in pass coverage.

McMillan tore his ACL in the Dolphins first preseason game that year and didn’t play in 2017. When he returned as the middle linebacker in 2018, he had 105 tackles, five for a loss, and two forced fumbles. He played in 13 games last season and had 72 tackles. According to Pro-Football-Reference, throwing at McMillan has indeed been a good thing for opposing QBs: In 2018, he allowed six touchdowns, had no interceptions, and 32 of 39 attempts towards him were completed.

He has also missed nine tackles in each of the last two years but has been praised for his run defense.

The Raiders swapped a 2021 fourth for a 2021 fifth to acquire McMillan. Whether or not he makes the team may still not be guaranteed — if undrafted free agent Javin White was going to make it, it is hard to find a place for McMillan. Could White still have a place on the roster after this move? Could McMillan be stashed on the practice squad now that the NFL allows for up to six veterans?