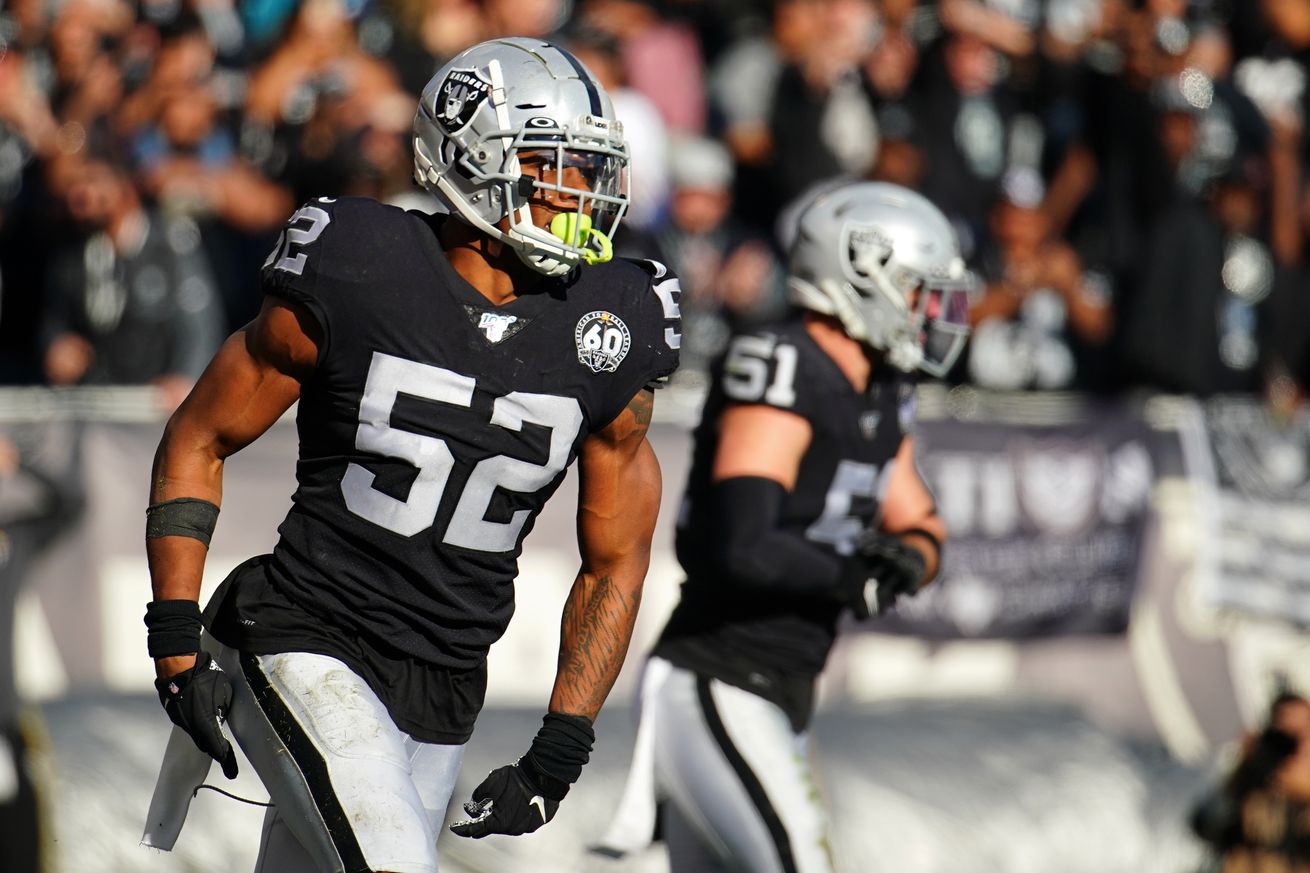 The downside of a bad draft class is pretty far down there, that’s undeniable. The upside is that you won’t run into a salary cap calamity four years later. And the reality is that the Las Vegas Raiders don’t have many notable (yet) players set to hit free agency in a year.

Assuming the 2020 season happens and a year accrues and there’s not some weird “non-year” that doesn’t count, of course. Which is not something I have to write often.

In 2017, the Oakland Raiders selected Gareon Conley in the first round, Obi Melifonwu in the second, and Eddie Vanderdoes in the third. Conley and Vanderdoes are with the Houston Texans and Melifonwu is with no team. Fourth round pick David Sharpe was briefly off the team (playing for the Texans, obviously) and then returned last year, making two starts. Fifth rounder Marquel Lee has been the most active but he spent most of 2019 on injured reserve.

They had four seventh round picks, including Shalom Luani and Treyvon Hester, and none lasted in Oakland for very long.

In a class of nine, only Lee had an impact with the Raiders and only Lee may be a candidate for a second contract. I guess Sharpe sort of already got his second contract. Because of that, Vegas doesn’t have any notable free agents from that class unless Lee wins a starting job (the inside linebacker job is now taken by Cory Littleton, so not there…) and so they don’t really have any notable free agents.

The others are mostly one-year veteran contracts who only signed in the last couple of months.

It’s possible that the Raiders end up wanting to keep a couple of these players but I can’t see any desperation extension attempts in this group. That’s good because Las Vegas already has $180,000,000 in commitments and it is possible that the salary cap will be going down in 2021 because of the coronavirus pandemic. (They have $211,588,262 liabilities for 2020.) They’ll save some money with some releases, including most likely either Derek Carr or Marcus Mariota, whoever doesn’t do as well next season, and so I expect the Raiders to have more room to spend again.

They’ve been pretty active on the free agent market with Mike Mayock and that should return next year even without a super strong class set to exit.