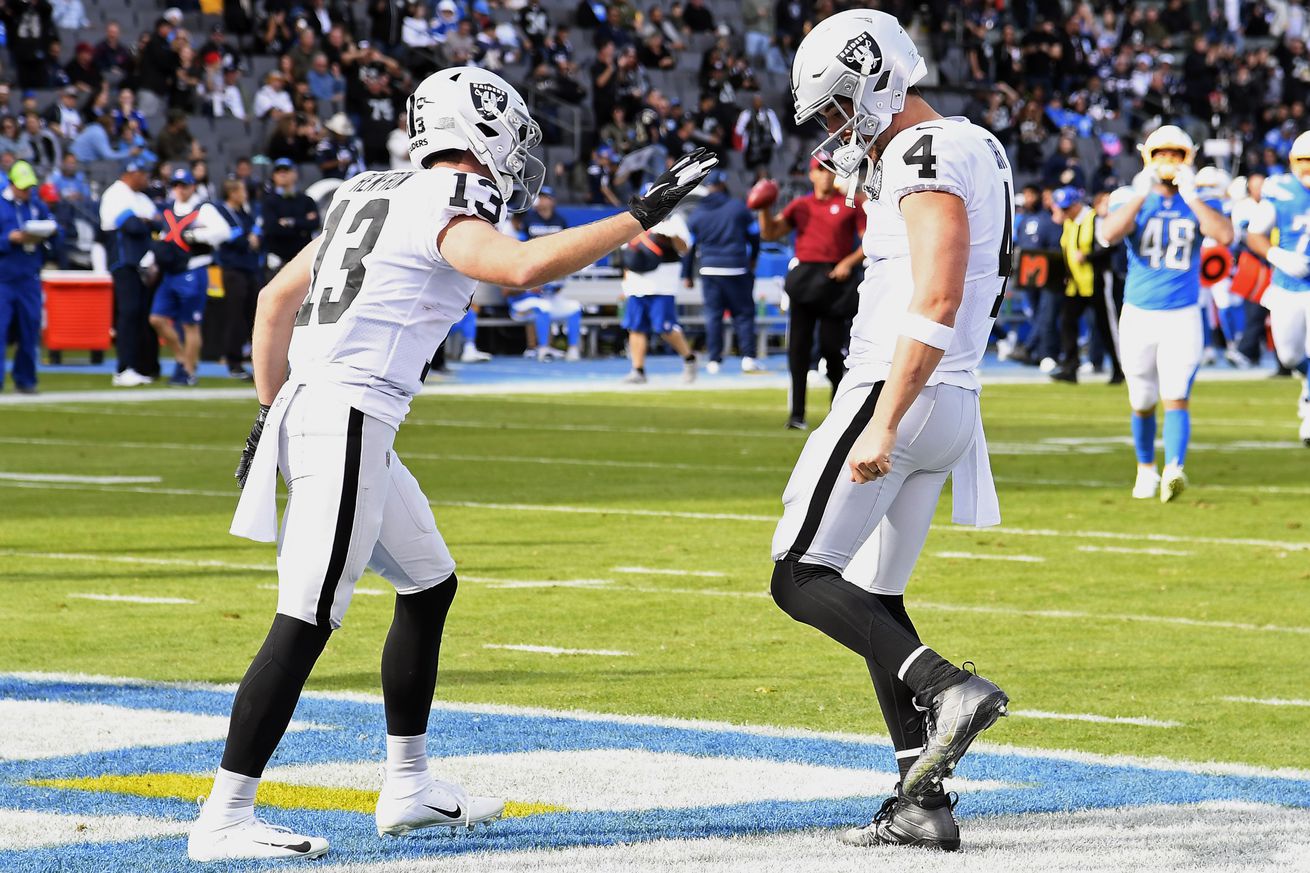 In an NFL Network segment that aired Tuesday, analysts predicted which players will lead the league in receiving touchdowns — and David Carr picked second-year Raiders’ receiver Hunter Renfrow. The Raiders were so excited they made the clip a tweet.

“He’s gonna get a ton of touches.”@renfrowhunter is fully turning heads. (@nflnetwork) pic.twitter.com/ImQJd711te

Carr admits he has a little insider trading going on with this prediction (and yes, that’s fair). He, of course, is the older brother of Raiders’ quarterback Derek Carr. The former Houston Texans’ first overall draft pick points out that “Derek loves” Renfrow.

As David Carr points out, Renfrow will not be the Raiders’ top receiving option. The team also has tight end Darren Waller, rookie Henry Ruggs III and veteran receiver Tyrell Williams, among other weapons. But often slot receivers are the players who get the most scoring opportunities, especially in the red zone.

Carr’s pick of Renfrow to lead the league in touchdown receptions may be a bit of a long shot, but I think it shows that he knows Renfrow is going to be a big part of the Las Vegas offense this season.

Brothers talk and we should all listen.