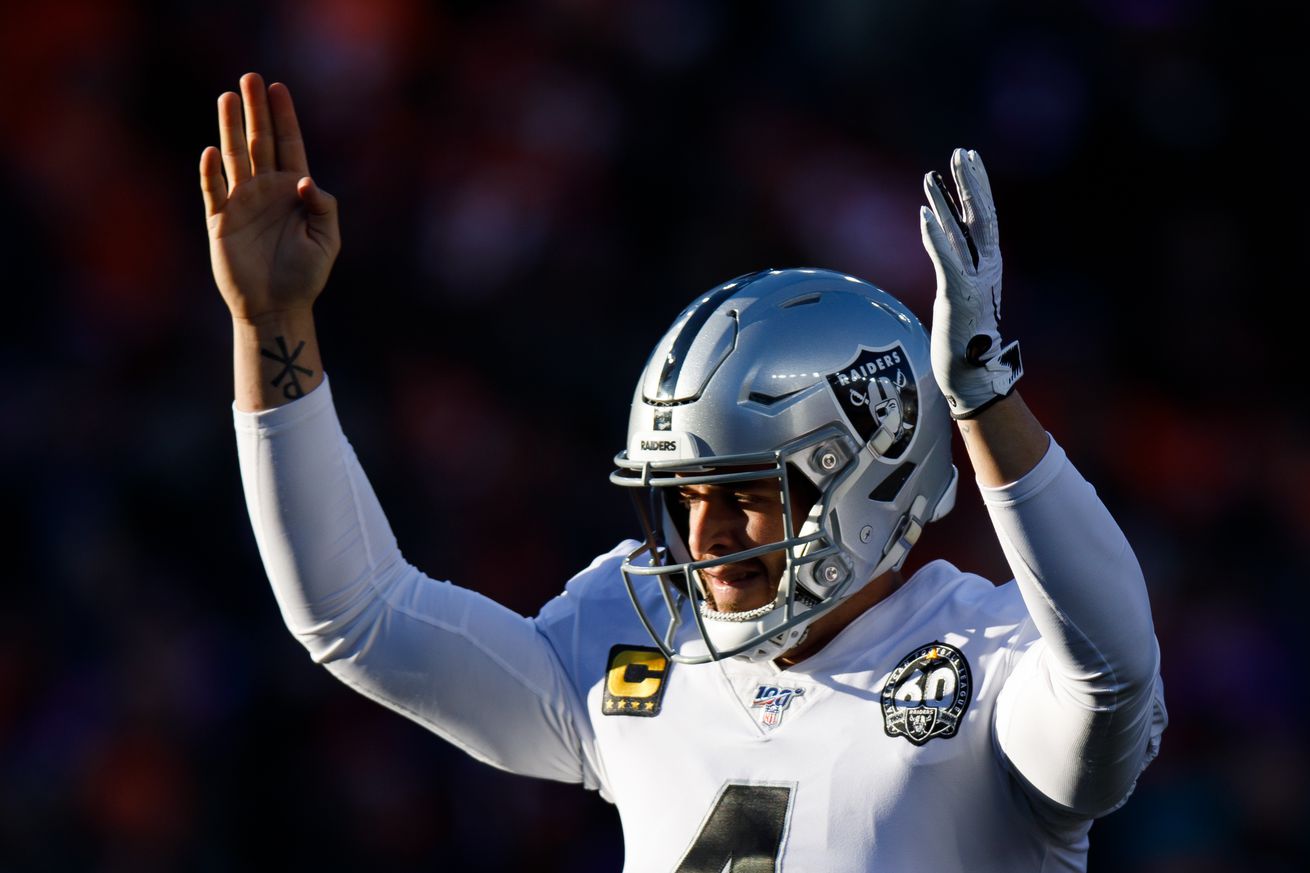 Can PFT’s King win over LV fans with his optimism?

The Oakland Raiders went 7-9 last season and did not make a change at quarterback, as some believe they would have to do in order to really improve and compete with the Kansas City Chiefs as division contenders in 2020. The Raiders did make a number of key changes on defense however and Derek Carr posted a passer rating of 100.8 last season, which was enough for ProFootballTalk’s Peter King to see the franchise as a top-10 team during their first campaign in Las Vegas.

This is going to be a fun floor show in the new Allegiant Stadium, in the first year ever for an NFL franchise in Nevada. A shame, really, that crowds may not be able to flock to see this team due to the pandemic. What fun it could be, with the speedy Henry Ruggs III paired with returning Tyrell Williams and Hunter Renfrow—and with twin third-round picks Lynn Bowden and Bryan Edwards fighting for receiver snaps too. Tight end Darren Waller is an emerging star and could get a few snaps stolen by in-the-twilight Jason Witten with a strange stop, at 38, on his late-career tour.

GM Mike Mayock paid so much attention to the offense because it was simply too inconsistent last year; the Raiders scored 24 points or less each week in the last six, going 1-5 down the stretch. That led to the Raiders kicking the tires on Tom Brady in March. Derek Carr knows, and doesn’t seem to care. I probably like the Raiders more than most because of the offensive improvement and because of four defensive additions: defensive end Carl Nassib, inside linebackers Cory Littleton and Nick Kwiatkowski, and cornerback Prince Amukamara (decent year in 2019 in Chicago, very good in 2018).

There’s a good chance that the significantly better AFC West will neuter the progress the Raiders, Chargers and Broncos have made, because they’ll all unmistakably improved. But this first edition of an NFL team in Vegas is a fascinating one.

The Raiders have posted just one winning season since 2003, going 12-4 in 2016 under head coach Jack Del Rio. Jon Gruden is looking to repeat playoff success he hasn’t had since the year before 2003, when he was with the Tampa Bay Buccaneers. But Carr is going into his seventh season as the starter and even moderate improvement for the defense — assuming significantly more points from the offense — could be enough to get the Raiders the three or so additional wins they may need next season to make the postseason.

If they’re really the 8th-best team in the league, that may not sound like a “Super Bowl” every time you run the playoffs, but it could leave Las Vegas just a couple of lucky breaks away from a deeper postseason foray than most are currently imagining. King seems to think that it is possible.