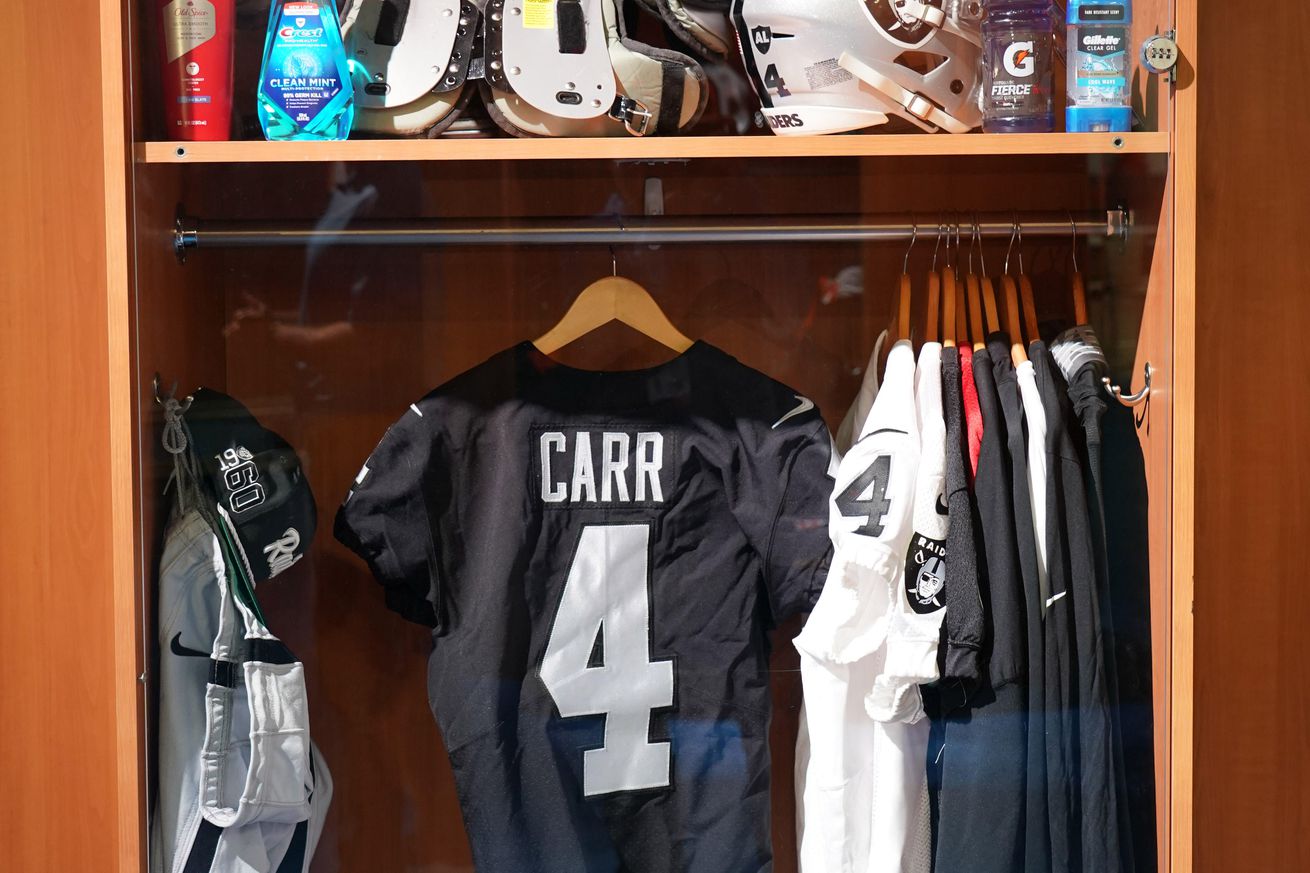 For the past three offseasons, Derek Carr’s future with the Raiders have been a major national question. Still, as they begin their journey in Las Vegas, Carr will be the quarterback to take the first snap under center at Allegiant Stadium this season.

Now, the narrative is that perhaps the Raiders will look to replace Carr next offseason. It is a major topic everywhere and everyone has their own opinion.

The truth is that Carr will be the Raiders’ quarterback until they don’t want him to be —whether that is in 2021 or in 2030.

So, let’s just break it down. Do you think Carr will play his entire career with the Raiders or end up wearing another uniform or two?

The reality is that it’s very rare for a quarterback — or any player — to play for just one franchise. All the best quarterbacks in Raiders’ history have played for other teams. Ken Stabler was traded by Oakland even though he was a Super Bowl winner. Jim Plunkett and Rich Gannon had their great Raiders’ success after stalling in other cities.

It happens all around the NFL. Brett Favre played for multiple teams, Peyton Manning didn’t finish his career as a Colt, Tom Brady just left New England for the Bucs and Philip Rivers is no longer a Charger.

What are your feelings on Carr? Take our poll and let us know your thoughts in the comment section.