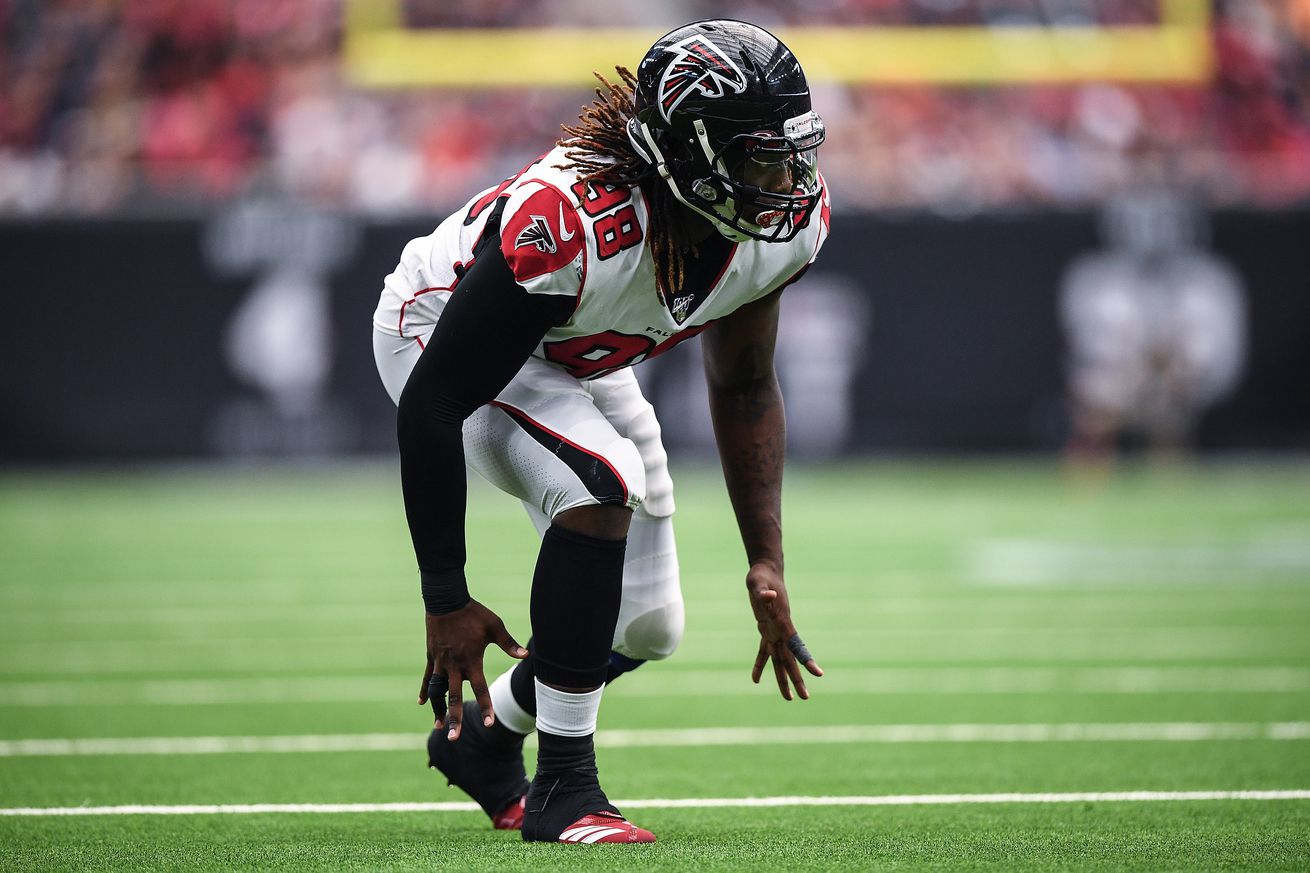 Atlanta Falcons will cut the former first-round pick on Tuesday

A week after the NFL trade deadline has passed, the Las Vegas Raiders may get an opportunity to boost their inconsistent pass rush in the from of a 25-year-old former first-round pick.

The Atlanta Falcons announced on Monday that they are waiving defensive end Takk McKinley. However, McKinley’s name did not appear on the NFL’s transaction page that day, so he will likely be formally waived Tuesday and be available to be claimed by other teams by Wednesday.

It would be worth the Raiders’ time to put in a claim on McKinley, as they have just nine sacks in eight games this season.

McKinley, who is from the East Bay Area and who would likely be excited to play for the Raiders, was the subject of trade rumors before the Nov. 3 deadline, but no deal developed. McKinley has one sack this season and he has 17.5 sacks since entering the NFL in 2017. His contract for the rest of the season is affordable for any team and he will be a free agent after the season.

McKinley, 25, is due about $875K for the rest of this season and available to any team on waivers tomorrow.

A possible target for teams who would bet on a change of scenery doing good for the 2017 first-round pick. https://t.co/y6RmkrpLYh

Because of his age and affordability, McKinley may be popular on the waiver wire and, thus, difficult for the Raiders to be in position to be awarded him. Waiver claims are based on record, with the worst teams having priority. The Raiders are 5-3 and may be blocked in an attempt to claim McKinley. But it’s still worth a try.

What do you think?