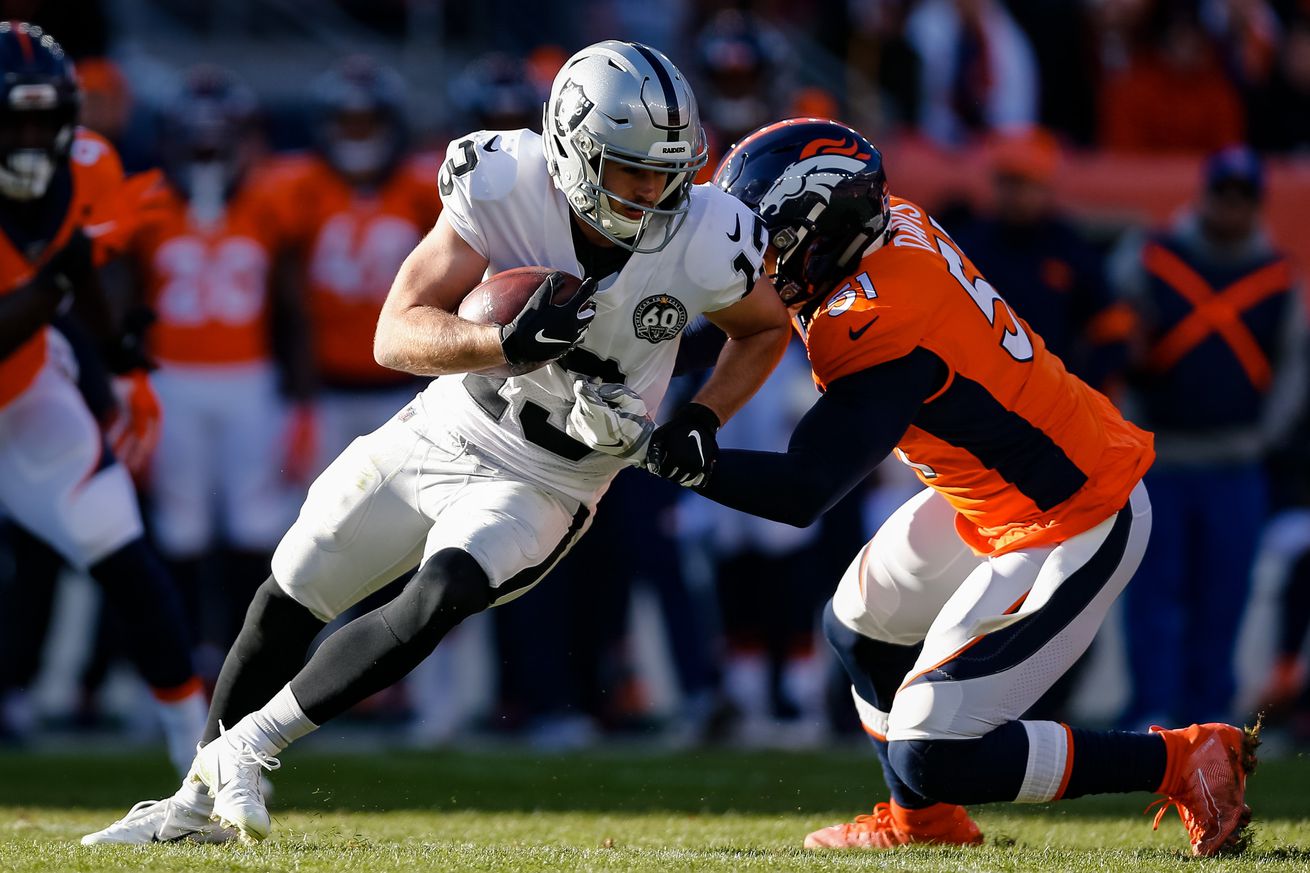 Let’s make it clear now: Hunter Renfrow has the ability to become one of the best slot receivers of this generation.

Just look at the numbers he produced in a limited time as a rookie last season. Check out this tweet from Evan Silva — the statistical joy it brings is off the charts:

These aren’t accidental numbers. Nor are they subjective or throw-away stats. They’re real and they’re spectacular.

In short, Renfrow made a big impact as a rookie and I expect his future production to explode in the next couple of seasons.

The fifth-round pick from Clemson missed three games last year, but he was stellar down the stretch. He had 35 of his 49 catches in his final seven games. That is a sign of a player who gets it.

Receiver is one of the most difficult positions to play as a rookie in the NFL, and receivers often take huge steps in their second and third seasons. I expect the same from Renfrow out of the slot.

There is a lot of excitement in Las Vegas over 2020 rookie receivers Henry Ruggs III and Bryan Edwards. The fact that Renfrow will grow, and help Ruggs and Edwards should make you even more excited.

I’m not the only one who is fired up about Renfrow’s role in Jon Gruden’s offense. Look at this tweet from a long-time NFL scout:

Yes, it’s going to be fun watching this player wear the Silver and Black over the next several years.