You can never have too many good pass rushers. That is something we learn every year, but tend to forget the closer we get to the NFL Draft. The Raiders have two elite pass rushers entering the 2022 season, but they could still use another to spell them.

So are there any Day 2 pass rushers that could help the Raiders right away in 2022? And if so, could they fall all the way to pick No. 86?

In a recent article by Seth Galina of Pro Football Focus, he identified five Day 2 EDGE rusher prospects that could be value picks in April’s draft. One of those players was Nik Bonitto from Oklahoma. Here is what Galina had to say about his fit in the NFL:

“Bonitto is a curious case where the production doesn’t necessarily match the film. His two-year pass-rush grade of 94.7 would generally have him mocked in the second round, but it’s a bit deceiving. There is a lot of good to his game, headlined by a great first step that he uses to attack the outside shoulder of tackles immediately.

He placed in the 95th percentile in the 40-yard dash and the 88th in the 10-yard split. The difference is that he’s trying to “dip and rip” around the edge often. It worked very well at the college level. He has the speed and quicks to get under tackles and turn toward the quarterback. If he can refine that hand usage, he can be a really nice player off the bench because he does have some of that coveted bend.”

Bonitto played both linebacker and defensive end for Oklahoma, moving all around in their defense. In the NFL, he could be a SAM linebacker on base downs and move to the edge in obvious pass-rush situations.

But no matter where he plays, the production is undeniable. He totaled 26.5 tackles for a loss and 16 sacks in his last 21 games at Oklahoma. He was constantly creating pressure and his ability to win with speed and bend is rare.

Because Bonitto doesn’t have elite size or length, he’s likely to fall into the third round. But for a team like the Raiders who already have two established stars at defensive end, he would make a ton of sense. This is another fascinating target for the Raiders at No. 86 and someone who could instantly improve their defense next season.

Who is the best wide receiver in the AFC West? 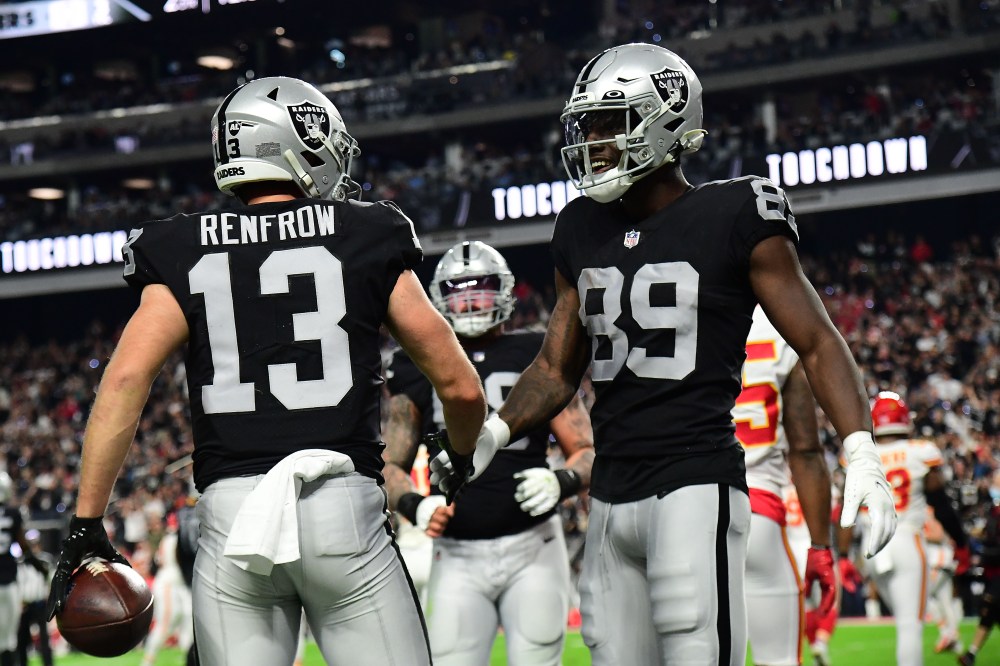