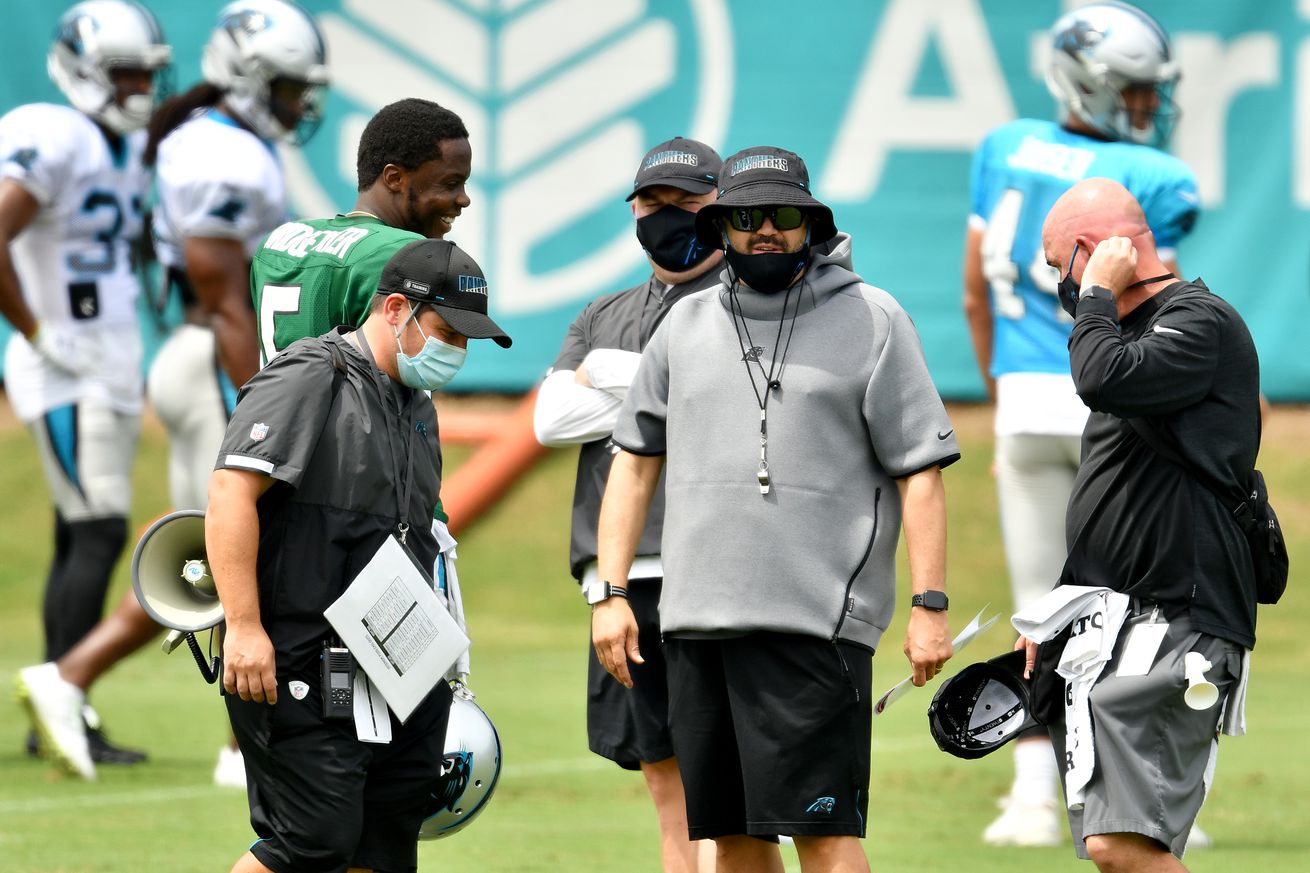 Jon Gruden has had an unusual preparation for Carolina

As he makes his transition from being a college head coach to being a first-time NFL head coach in this unusual season, Carolina Panthers coach Matt Rhule told reporters on Wednesday that the season opener against the Raiders reminds him of the first college game of the season.

There is no preseason game tape to study this year in the NFL just like during a normal college season. So, Rhule is taking the same Week 1 approach he did when he was the head coach at Temple and Baylor. That’s funny because Raiders’ coach Jon Gruden is relying on Rhule’s college days as well as they prepare to open the season in this coronavirus pandemic.

Gruden has watched as much non-Panthers tape as he has Panthers’ tape. He watched Rhule’s teams, he watched LSU because of that’s where new Carolina offensive coordinator Joe Brady came from and he watched some New Orleans Saints tape from last year because that’s where new Panthers’ quarterback Teddy Bridgewater played.

“We did a lot of work. We watched Temple, we watched Baylor, we watched anything we could get our hands on,” Gruden said. “It’s a little like when you were a high school coach and you used to drive across the county to exchange films, but unfortunately their coach never showed up so you didn’t get any tape to look at.

Las Vegas quarterback Derek Carr also said he is going back to his roots as he prepares to open his seventh season as the Raiders’ quarterback in this preseason-less season.

“(It reminds him) a lot of college or high school games where you didn’t have anybody’s film,” Carr said. “We’re going to go out there and do our best with the limited resources we have. I’m pretty sure we’ll be ready to go. We’ll make the adjustments that we’ll need to make, but I’m excited for Week 1.”

It’s going to be a Week 1 unlike we’ve ever seen before.