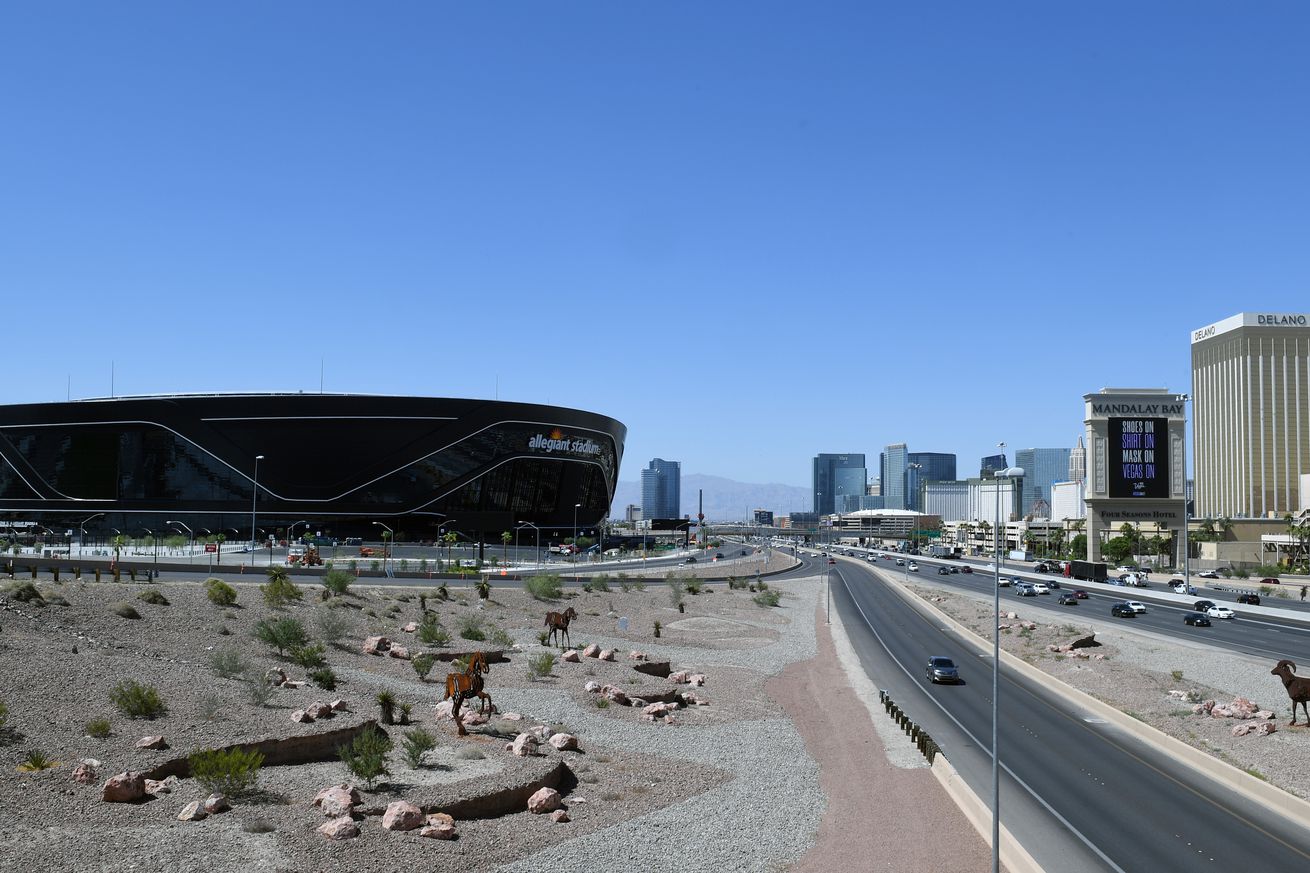 The Las Vegas Raiders and other NFL teams got some potential clarity on what their home games could look like this season if they get the chance to have fans in their stadiums.

The Baltimore Ravens announced on Wednesday that if they have fans in their home stadium the seating capacity will be 14,000 people. Ravens’ M&T Stadium normally holds 71,000 fans.

The Chiefs also announced they will have reduced capacity at Arrowhead Stadium this year.

It is not known if any NFL team will even have any fans for any games this season. But it is clear, if so, there will be major restrictions. Every team will have to go by local guidelines while deciding if there will be fans in the stadium.

Yet, the Ravens’ decision could give the Raiders some idea of how many fans will be in attendance at the new Allegiant Stadium this season. This tweet by the Las Vegas Review Journal offers a good, but bleak, idea of what the capacity could look like at Allegiant Stadium.

If Allegiant Stadium would be limited to the same 19.7% for Raiders games, that would equal to 12,805 fans allowed at the 65,000-seat stadium. #vegas #raiders #stadium https://t.co/y5m0mQ8LES pic.twitter.com/bJOfv4aIRG

It’s certainly a bummer for the Raiders, knowing that this first season in Las Vegas will be severely affected. But, at this point, the idea of having any fans in the stadium for any part of the season is somewhat encouraging at this point.