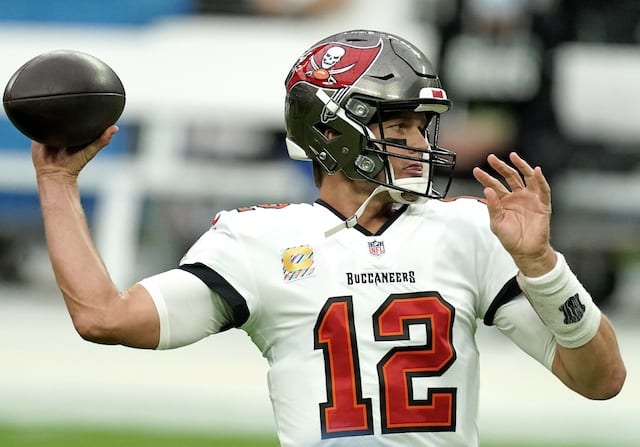 The 2020 NFL season has essentially come and gone as only three games remain, including the NFC and AFC Championship Games this upcoming weekend.

The Las Vegas Raiders’ first season at Allegiant Stadium didn’t go as planned as they finished 8-8 and missed the postseason once again, forcing them to watch these other teams compete for a trip to the Super Bowl.

Matching up in the NFC Championship Game will be two of the greatest quarterbacks of all time in Aaron Rodgers and Tom Brady. The Green Bay Packers were the first team to punch their ticket last weekend with a convincing win over the injury-riddled Los Angeles Rams.

This marks the first time the Packers will be hosting an NFC Championship Game in Rodgers’ career, and they will be doing so against a tough Tampa Bay Buccaneers team that defeated the New Orleans Saints in the divisional round.

In the AFC, it comes as no surprise that the defending Super Bowl champion Kansas City Chiefs will be hosting the game, taking on the Buffalo Bills.

One storyline to keep an eye on will be if Patrick Mahomes is ready for the game after being forced to leave the divisional-round win against the Cleveland Browns due to a concussion. Mahomes is as tough as they come, but considering he is in the NFL’s concussion protocol, the decision will be left out of his hands.

If he is unable to go then that would be a huge advantage for the Bills, who beat the Baltimore Ravens in a low-scoring game last weekend to earn their spot in this game.

Here is the complete schedule and TV info. for this weekend’s NFC and AFC Championship Games: