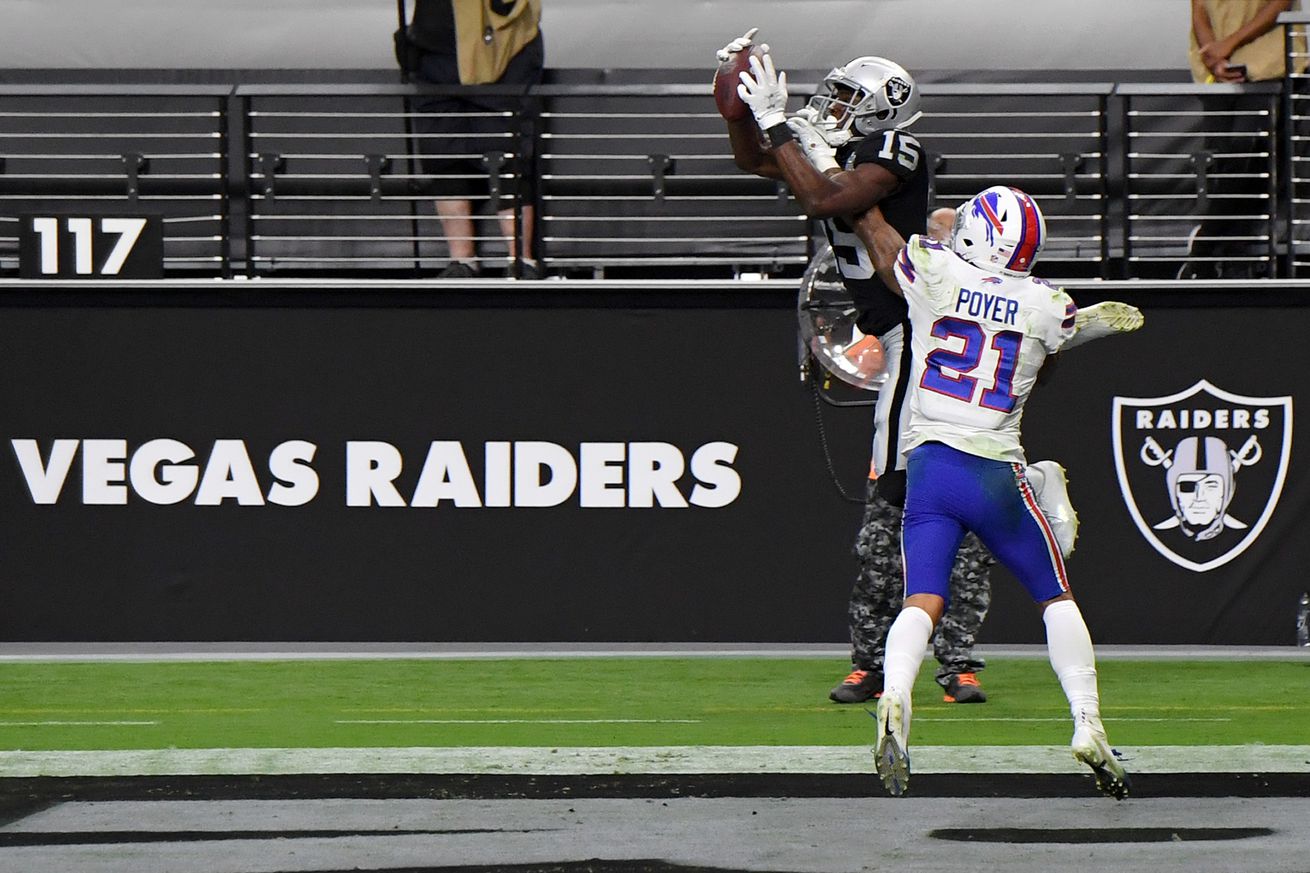 As the Las Vegas Raiders sit 3-2 at their bye, the most impressive aspect of their start is how deep their group of offensive weapons is and Nelson Agholor is a big part of it.

Agholor is a part-time player for the Raiders, but he has proven to be a dynamic weapon as both a player who can start if there is an injury and as a rotational weapon. He’s made a big impact as illustrated by this tweet.

231 NFL players have been targeted at least 8 times this season.

There is only ONE player who has netted a perfect passer rating (158.3) when targeted…

Agholor only has 10 catches in five games, but he is making them count. Three of his receptions have gone for touchdowns and he has 185 receiving yards. Sure, he’s coming up with some big plays. Nelson’s season stats project as 32 catches for 616 yards and nine touchdown. That would work pretty nicely for a backup.

Agholor and Raiders’ quarterback Derek Carr clearly have built a good chemistry together as evident by his 59-yard touchdown catch in a 40-32 in at Kansas City in Week 5.

Agholor has always been talented. He was a first-round pick by the Philadelphia Eagles in 2015. He had 222 catches and 18 touchdowns in five seasons with the Eagles. He is clearly fitting in with his new team under coach Jon Gruden, who Agholor first met while he was in high school in Tampa.

Gruden promised him a role in Las Vegas and Agholor has delivered every time his number has been called.