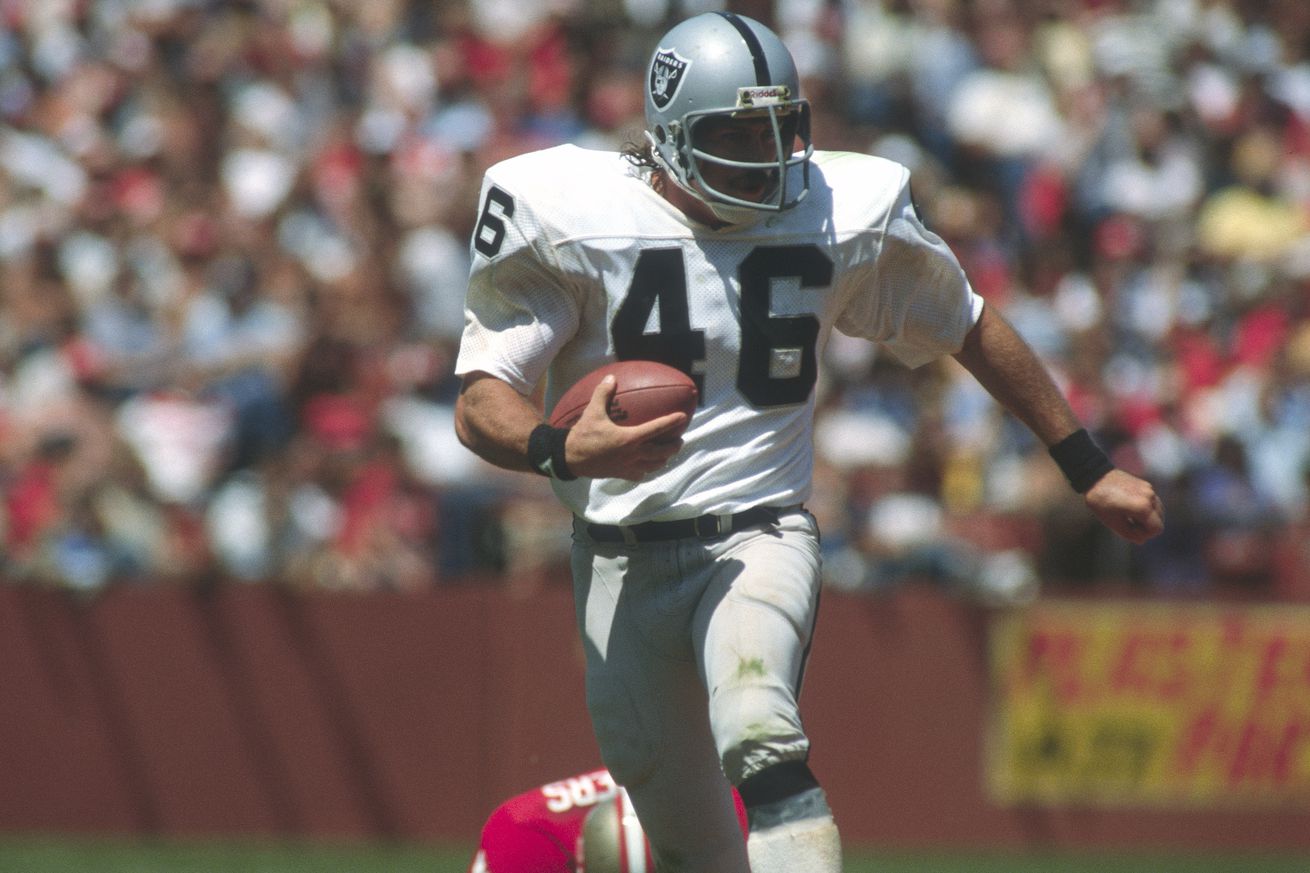 To continue our Raiders’ “Underdogs Week” as part of SB Nation’s theme week, I wanted to present my five favorite underdogs ever to wear the Silver and Black

He went on to be a five-time Pro Bowl player, a four-time All Pro, a two-time Super Bowl champion and he led the NFL in receptions twice. Underdogs persevere and that’s what Christensen did. RIP, sir.

Lester Hayes:
Hayes entered Texas A&M as a defensive end, then played linebacker and safety in college. He was drafted by the Raiders in the fifth round in 1977 and converted to cornerback, where Hayes became a star. He was the NFL defensive Player of the Year in 1980, which is still remembered as one of the greatest seasons ever by a cornerback. The Judge was a key part of two Super Bowl winning teams and is considered to be a great figure in team history.

Jim Plunkett:
Plunkett may be one of the great underdog stories in NFL history. He was in his third season as the Raiders’ backup at the age of 32 when he was forced to take over a 2-3 team because of an injury in 1980. The Raiders then went 12-2 the rest of the season and won the Super Bowl. He quarterbacked the Raiders to another Super Bowl win three seasons later … Plunkett’s career was simply a remarkable story.

Art Shell:
Shell was the 80th draft pick out of small school Maryland State in 1968, where he was considered a project at left tackle. Shell went on to play 15 seasons in the NFL during which he made the Pro Bowl eight times, was named to the 1970s’ NFL All-Decade team and won two Super Bowls. He had two stints as the Raiders’ head coach (1989-94 and (2006). His special career was capped with an induction into the Pro Football Hall of Fame.

Otis Sistrunk:
Rather than attending college, Sistrunk joined the Marines and then worked at a meatpacking plant before playing in semi-pro football leagues. The Raiders caught wind of him when he was 26 and he went on to play for seven seasons for them — making the second-team All-Pro in 1974 and becoming part of the Super Bowl XI-winning roster. To this day, he is considered one of the great characters in team history.