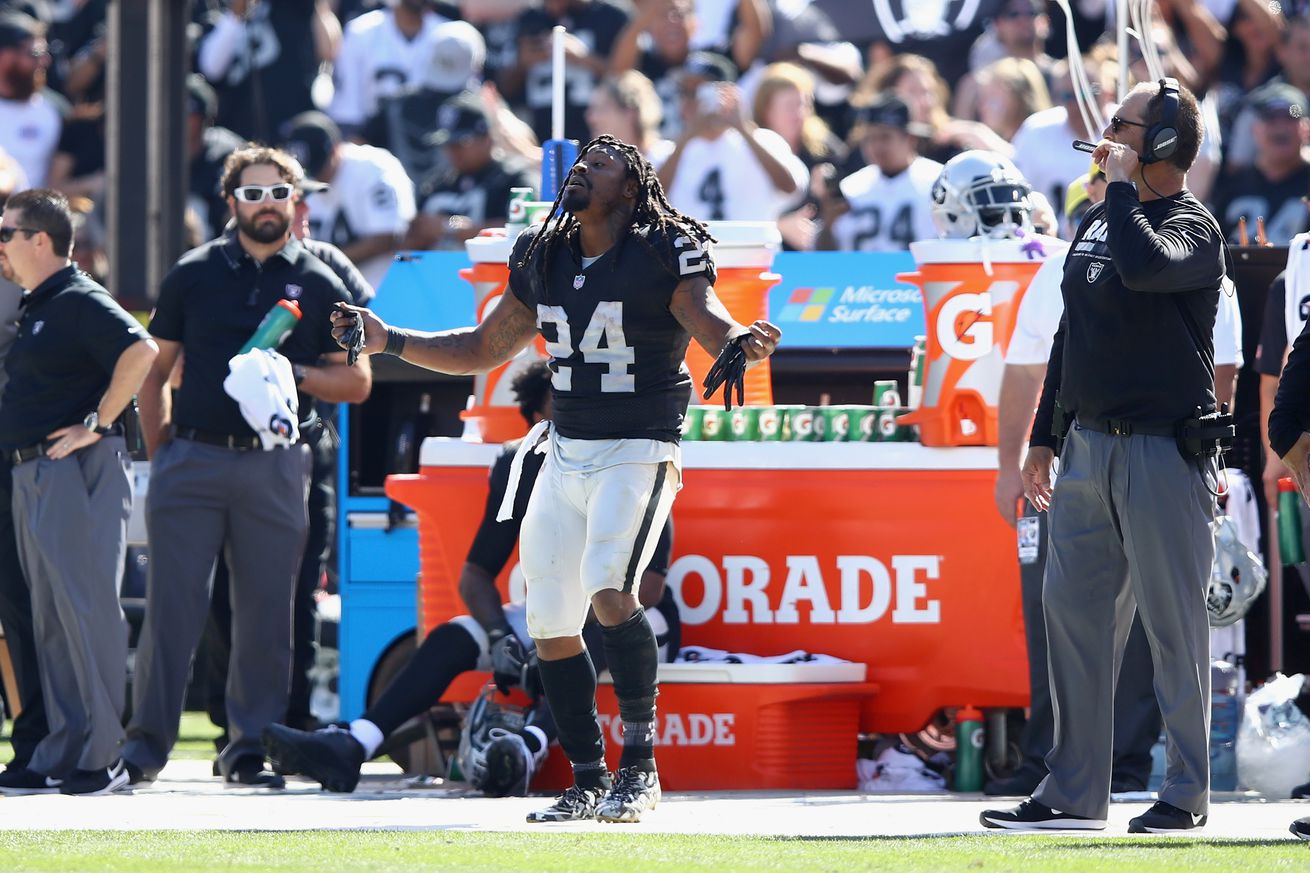 Lynch: A History is an award-winning film by David Shields that even won Marshawn’s seal of approval

Marshawn Lynch went out of his way not to allow anyone to get a sense of who he was during his long NFL career. Yet, David Shields felt like “Beast Mode” was saying so much by barely uttering anything publicly.

Shields, a Seattle-based filmmaker and author, was so fascinated by Lynch, he made him the subject of one of his unique documentaries. The result is that Lynch: A History has become a critically-acclaimed film that gives a peek at the life of one of the most enigmatic stars ever to play the game. In true Lynch fashion, he was not involved with the film, but he did not try to get in the way of production, either.

The feature-length documentary, presented in a collage format, focuses on Lynch’s silence during media interviews. Shields found that Lynch wasn’t conducting non-productive media briefings by constantly repeating phrases like “I’m just here so I don’t get fined,” and “I’m thankful” just to be childish or difficult, but to resist in his own unique way. Shields presents Lynch’s actions as a precursor to the social justice and political defiance movements that America is now experiencing.

“It was Marshawn just doing it in his own way,” Shields told me in a phone interview this week. “He’s an amazing person.”

Lynch: A History debuted last year in Seattle and won an award at the 2019 International Documentary Film Festival in Amsterdam. It also won an End of Cinema Award for Best nonfiction Film of the Year. It has since been playing at select theaters in the United States and it can be streamed now at Topic.

Watch the trailer below:

“Marshawn is an incredible performance artist,” Shields continued. “I wanted to show what he was doing wasn’t what people thought. It wasn’t to be funny or playful or shy or petulant. I wanted to correct a false media narrative that made him some cartoonish character. He is far from that.”

Lynch’s upbringing in Oakland is a big part of the film as Shields, the son of Jewish civil rights activists in San Francisco in the 1960s, was inspired by Lynch’s nonconformist attitude and his love to stand up for Oakland. Lynch, of course, played for the Raiders in 2017 and 2018 — but his heart belonged to Oakland long before then.

Shields said he respects Lynch because he spoke on his terms and had messages every time he opened his mouth, whether he he was deflecting questions or not. After Lynch’s last game, a Seattle playoff loss, Lynch had a classic message in which he told young Black NFL players to take care of their finances only in a way Lynch could.

“The chicken speech is classic Marshawn,” Shields said. “And it was profound and helpful.”

Shields compares Lynch to Colin Kaepernick and Muhammad Ali as an important African American sports figure in the social justice culture, but Lynch never stood on a “soapbox” about his views. He just lived his life the way he wanted in the bright lights of being an NFL star. He believes Lynch will have a long-lasting legacy and Shields is excited to see what is next for the 34-year-old after football. He even wonders if Lynch may be the future mayor of Oakland …

Lynch did not cooperate with the film and Shields didn’t expect him to want to be interviewed for it. But his management team was aware of the project and it never objected. Shields sent a clip of the film to Lynch’s people prior to its release but he never heard a word of feedback.

Then, last month, Shields was standing outside of an Oakland theatre where the film was shown. Out of nowhere, Lynch walked up to Shields, who didn’t know what to expect.

“He said ‘I wanted to hate on you, but you did a damn good job,’” Shields said. “He really dug it … That was an unforgettable line from him.”

Lynch: A History was produced, written, and directed by Shields, and executive produced by Lethal Weapon star Danny Glover.