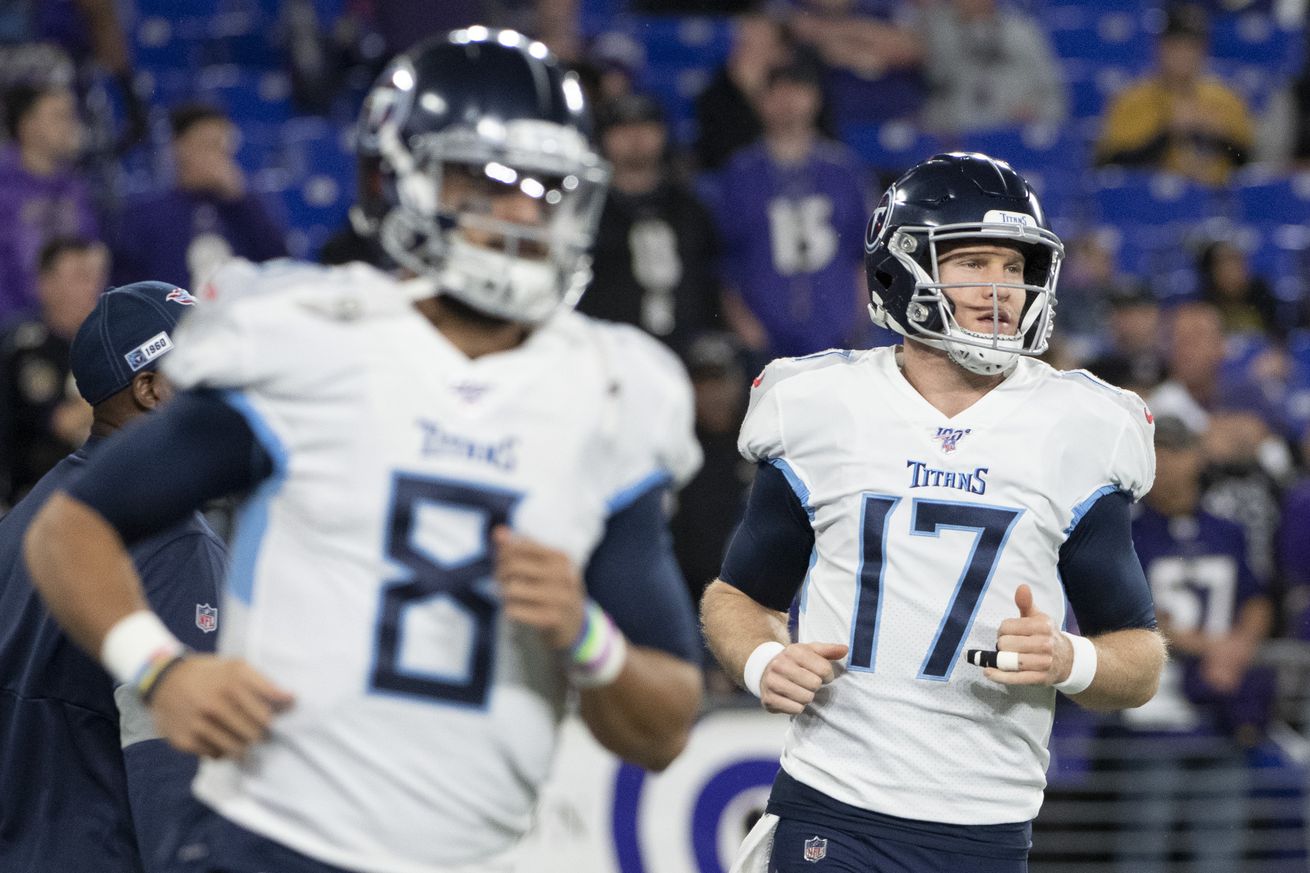 Marcus Mariota entered 2019 as the unquestioned starter for the Tennessee Titans, having completed a career-high 68.9% of his pass attempts the year before, but he left the Titans as a backup to a former draft bust who just got paid handsomely. As a prospect coming out of Oregon in 2015, Mariota was exciting as they come. He is now trying to prove himself as a worthy bounce back candidate next season just as Ryan Tannehill did to him and the Las Vegas Raiders knew they weren’t adding an everyday journeyman after agreeing to pay him $9 million.

It may not be long until him or Derek Carr is the highest paid backup quarterback in the NFL.

After the Indianapolis Colts signed Philip Rivers to a $25 million salary in 2020, it made Jacoby Brissett — set to make $21.5 million on the two-year deal he signed when Andrew Luck retired — the highest paid backup in the league. But paying Brissett $21.5 million seems like a wild proposition even if the Colts do have plenty of cap room left to go. It could be that they feel this is as good of a roster as they’ll have in the coming years and they want to insure the position should the 38-year-old Rivers not be able to play all 16 games.

Or it could be that Indianapolis is waiting to see if a team gets desperate enough to trade for him.

With Cam Newton and Jameis Winston among the quarterbacks who’ve yet to sign with a team for 2020, it makes it less likely that a team will forego assets for Brissett who himself has not been that good of a quarterback relative to other starters in the league. Should the Colts cut Brissett or trade him to a team to start, then Mariota or Carr could be the highest-paid backup in the NFL.

The only other player who could be a backup who is making more than Mariota is Mitchell Trubisky of the Chicago Bears, a team that traded for Nick Foles in the offseason. Trubisky is set to make $9.2 million against the cap, about $100,000 more than Mariota. Foles is listed at a hit of $6,666,666.

The next highest-paid backups could be Ryan Fitzpatrick ($8) if the Miami Dolphins open the season with Tua Tagovailoa as starter, Tyrod Taylor ($7.5) if the LA Chargers open with Justin Herbert as starter, and then Tua at $5.5 million.

For the record, Kansas City Chiefs QB/MVP/Super Bowl MVP/Super Bowl Champion Patrick Mahomes is going to make $5.3 million. Less than both of Miami’s starters and almost both of the Chargers’. That’s an advantage that the Chiefs are trying to squeeze juice out of for at least one more season, then Mahomes will have to become the NFL’s highest-paid player in history.

The Raiders aren’t looking to sign anyone to a mega-contract right now, but that doesn’t mean they’ve not invested in the position. They’ve just diversified their options and there weren’t a lot of attractive options on the table. Mariota’s going to get his opportunity to make Carr ($200,000 more than Brissett) the highest-paid backup instead.