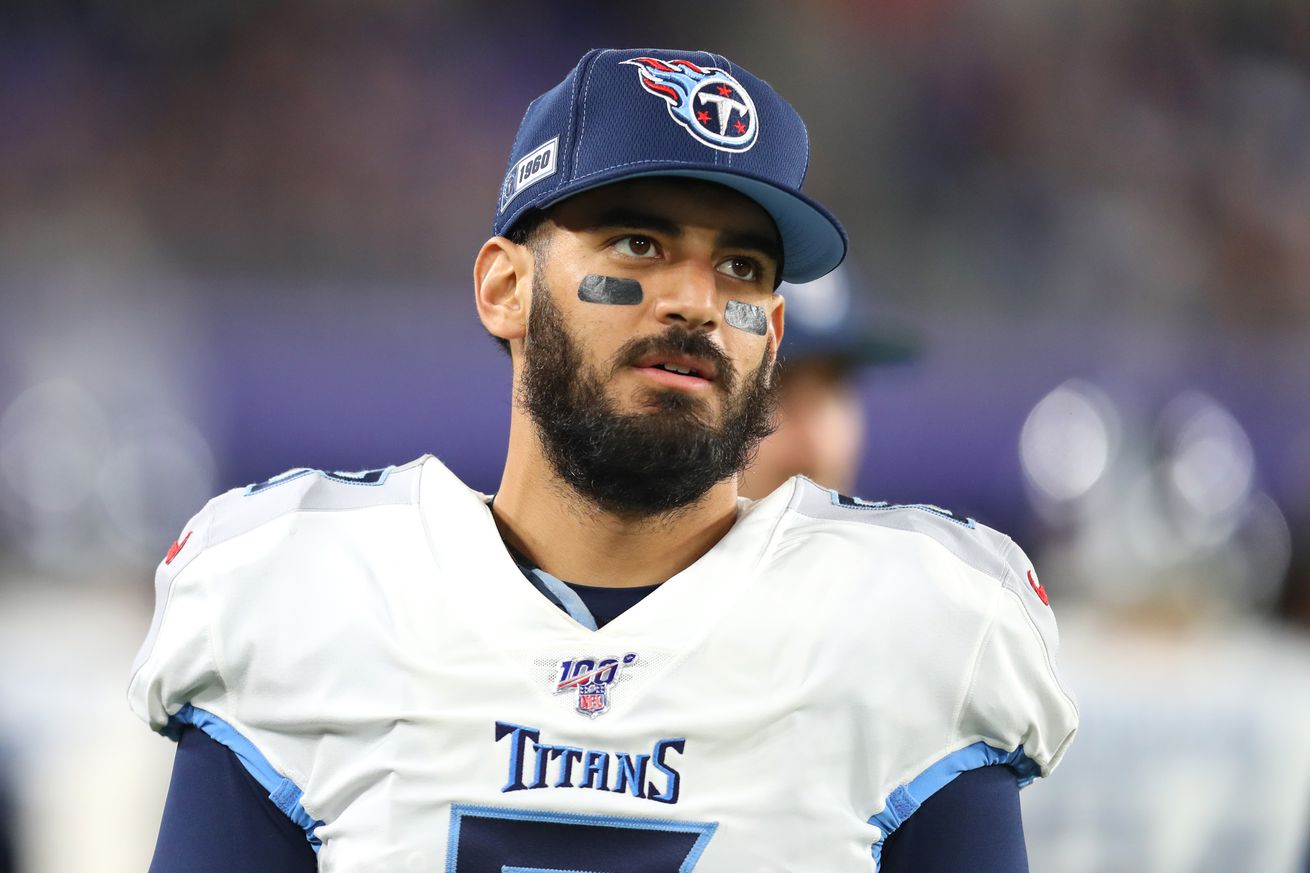 Nathan Peterman has been Derek Carr’s backup all season

Las Vegas Raiders coach Jon Gruden hasn’t made any public announcements about the backup quarterback job, but he hasn’t had to … the optics are obvious.

For now at least, Nathan Peterman is Derek Carr’s backup and Marcus Mariota is the Raiders’ No. 3 quarterback.

You remember Mariota, right? He was the guy many people thought would take Carr’s job in training camp. That speculation was fueled by the fact that the Raiders made Mariota — a former starter with the Tennessee Titans — an early priority in free agency and paid him $7.5 million this season. Mariota is under contract for next season at $10 million, but the Raiders can cut him with no dead money. At the moment, it may be trending that way in the offseason because with seven games remaining, Mariota is behind Peterman (who is making $1 million).

Mariota was the backup to Carr in training camp and he did not look spark. Six days before the season opener, Mariota was put on the injured reserve with a pec injury. He practiced for a few weeks before being activated two weeks ago. When Mariota was activated, Gruden said he wasn’t sure who would back up Carr, but the coach did vouch for Peterman.

Now, as Mariota sits on the 53-man roster, Peterman remains the backup. Of course, this could change at any week, but it is an indication the Raiders did not get the player they expected in Mariota. Therefore, the search for a new quarterback could resume next offseason.