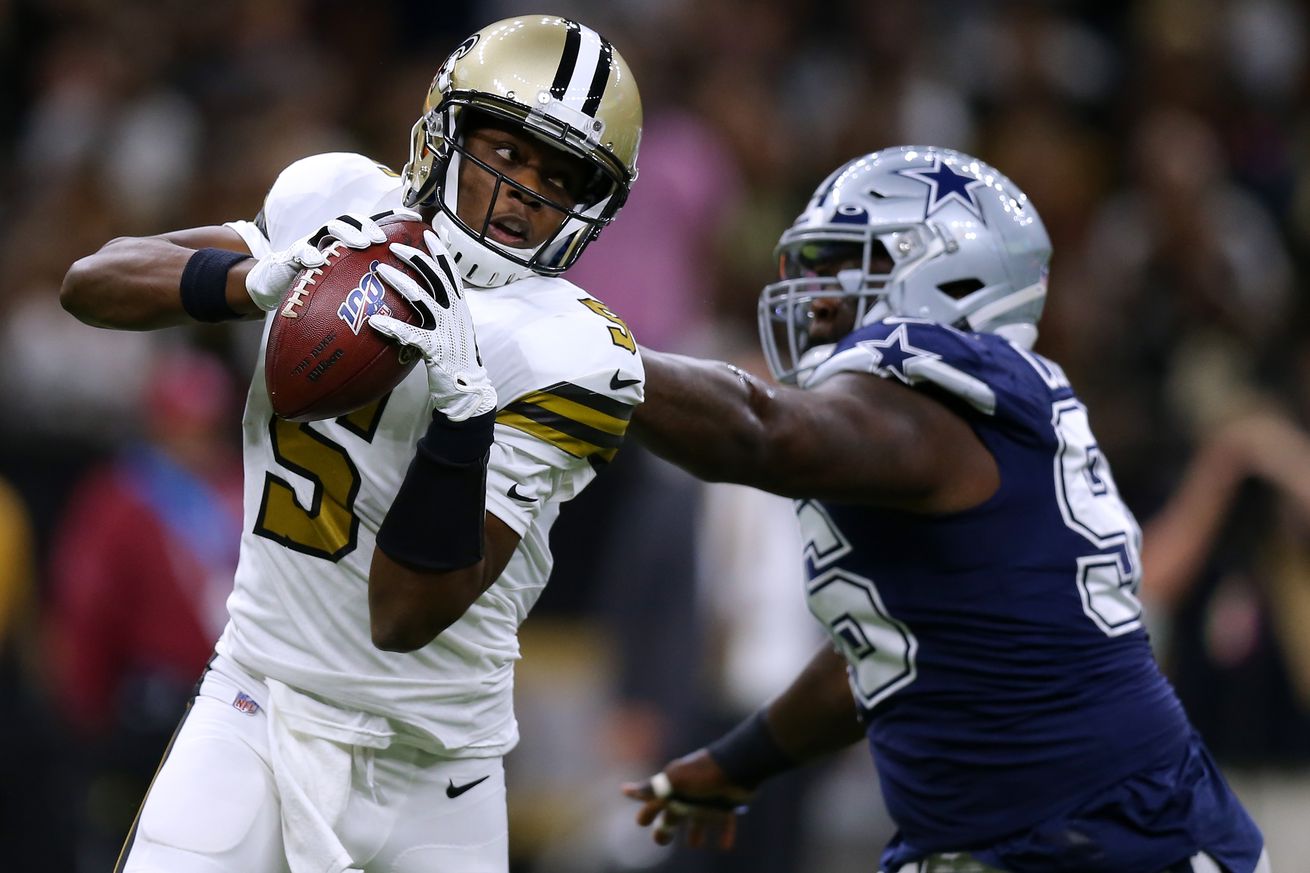 Does Las Vegas have the better defensive lineman of the two?

One of the more surprising pieces of news that I heard over the weekend was not the “bangs” outside but the “dangs!” inside when I read that Leonard Williams reportedly wants a contract that pays him $18 to $20 million per season. At first I figured this was probably an overestimation by a source to get the ball rolling but then I remembered that Williams is already making over $16 million this year on the franchise tag.

An update on the Leonard Williams contract situation, per @RVacchianoSNY: Talks started late last season; The two sides are “not close” on a deal as LW is “seeking a deal worth $18-$20M per season”. The deadline is July 15th.

Horrible situation the #Giants put themselves in.

Suddenly $18 million isn’t so far away and the New York Giants did trade for and then tag Williams so why shouldn’t he assume they like him a lot? Even if I’m feeling like a firecracker without a fuse on those numbers for Williams.

The sixth overall pick in 2015 by the New York Jets, Williams has probably been generally underrated because his situation with his original team did not allow for a lot of sack opportunities. Williams averaged four per season over four years and then played 2019 on the fifth-year option. In seven games with the Jets, he posted 20 tackles, zero tackles for a loss, and zero sacks. He was traded to the Giants for a third and conditional fourth round pick and in eight games with his new team, recorded 26 tackles, 11 QB hits, and took part in one sack.

Williams turned 26 a couple of weeks ago and while players like Jadeveon Clowney and Everson Griffen continue to await jobs, he sees himself as worthy as the third-biggest contract for a 3-4 defensive end in the NFL behind only Aaron Donald and DeForest Buckner.

For more context, Buckner signed a contract that pays him $21 million per year with the Indianapolis Colts. He is the same age as Williams but in his first four years had 11 more sacks, eight more batted passes, 52 more solo tackles, six more tackles for a loss, and the only place he lagged behind was QB hits. This is also a pretty good case for paying Williams around $18 million per season because that is considerably less than $21 million but he wasn’t far behind in production.

The Giants are expected to stick with a 3-4 defense under new head coach Joe Judge and defensive coordinator Patrick Graham. The effort to pair Williams with 2019 first round pick Dexter Lawrence was a big part of their plan moving forward. I assume eventually they’ll come to an agreement, setting a new benchmark for players at that position of a certain caliber.

Which brings me to Maliek Collins.

The two don’t play the same position at the moment, but consider their respective combine numbers. Williams was there one year earlier by the way.

I threw Buckner on there at the end because you can again see how close those numbers are. The difference between Williams/Buckner and Collins is 3-5” of height.

And so Collins was a third round pick of the Dallas Cowboys in 2016 rather than a high first rounder like the two players we’ve discussed at length already. In spite of the fact that 66 players were drafted ahead of him, Collins was an immediate starter for the Cowboys and he has played in 61 of a possible 64 games in the last four years. Collins was also productive in ways that many outside of Dallas may not have been aware.

He posted five sacks and 13 QB hits as a rookie and the Cowboys went 13-3 that year, finishing first in rushing yards allowed. Collins was second on the team in sacks behind future Raider Benson Mayowa. (Former Raider Jack Crawford posted 3.5.)

Though his trajectory has not been upward in the three years since, Collins has also not gotten any worse. He’s been a solid bet in each of his four seasons with the Cowboys to post around 20 tackles, four sacks, 10 QB hits, 5 tackles for a loss, and one fumble recovery. (I’m only giving credit for the recoveries because “dang” if he hasn’t been so consistent at finding one per year. He did recover two in 2017 though.) He kept this up despite missing all of the 2018 offseason with a foot injury.

I’m ready to see what #Raiders new DT Maliek Collins will do for our defensive line. Animal.
pic.twitter.com/Go3yXBM7BE

With the Raiders, he sits between Maxx Crosby and Clelin Ferrell and that could end up being good for the pass rush prospects of all three of them, not to mention Maurice Hurst, Carl Nassib, and a few other names. Collins saw quite a few other names besides him accumulate good seasons and bigger deals. Will he quietly do the same in Vegas? And for a whole lot less?

That’s quality bang for your dang.