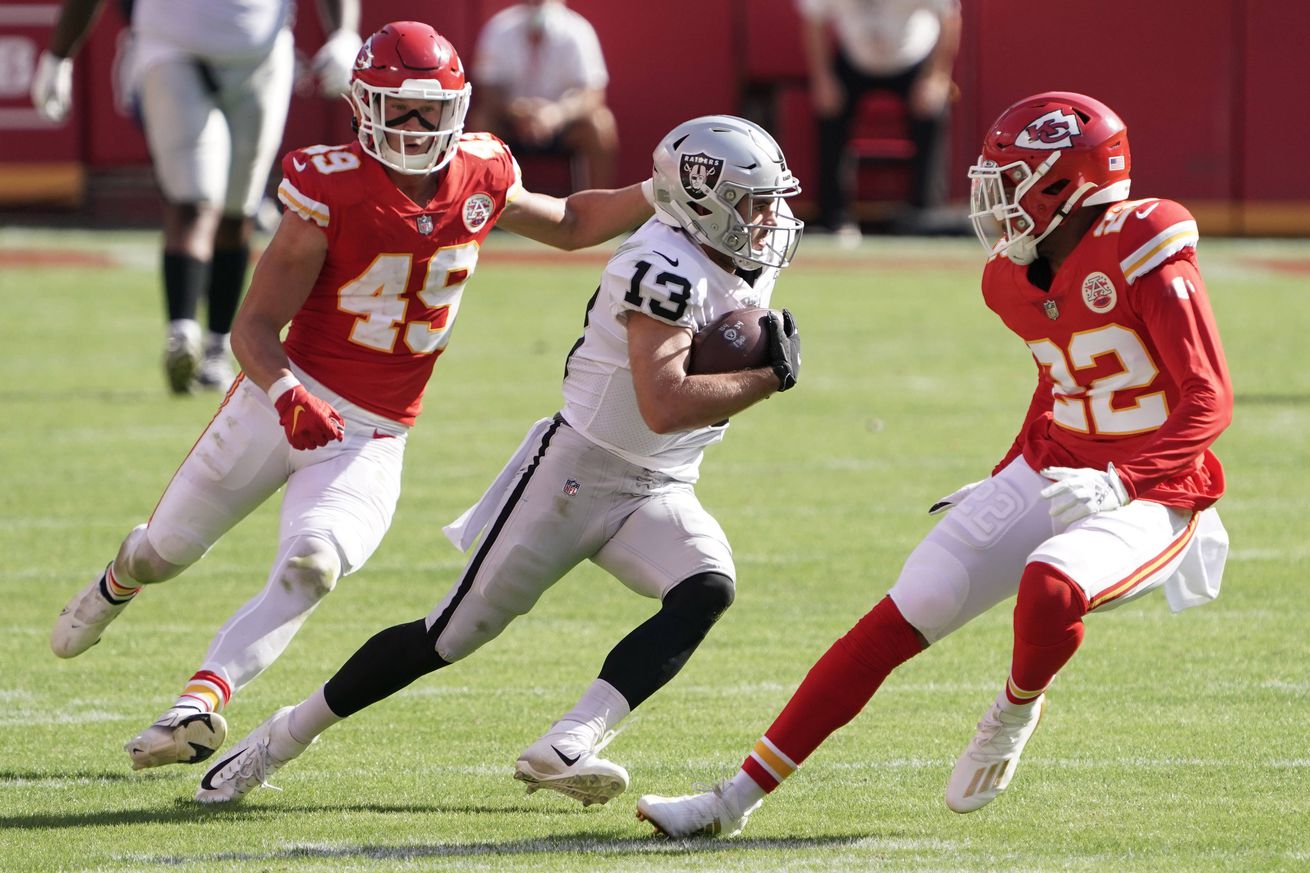 As of now, the Raiders trail the Chiefs by only one game in the AFC West thanks to their victory in Arrowhead on Sunday.

Many people would still expect Kansas City to run away with the division, but the way things are looking this season … anything is possible.

Both teams won’t meet again until Week 11. When they play, there’s a chance it could potentially be for first place in the division.

So, so does the upcoming schedule look like for both teams?

Looking at these schedules, the Chiefs have a pretty favorable schedule after that Bills contest. You’d think they would easily win those final three games, with the Bills game being a toss-up. So, I’d say worst-case scenario is they go 3-1.