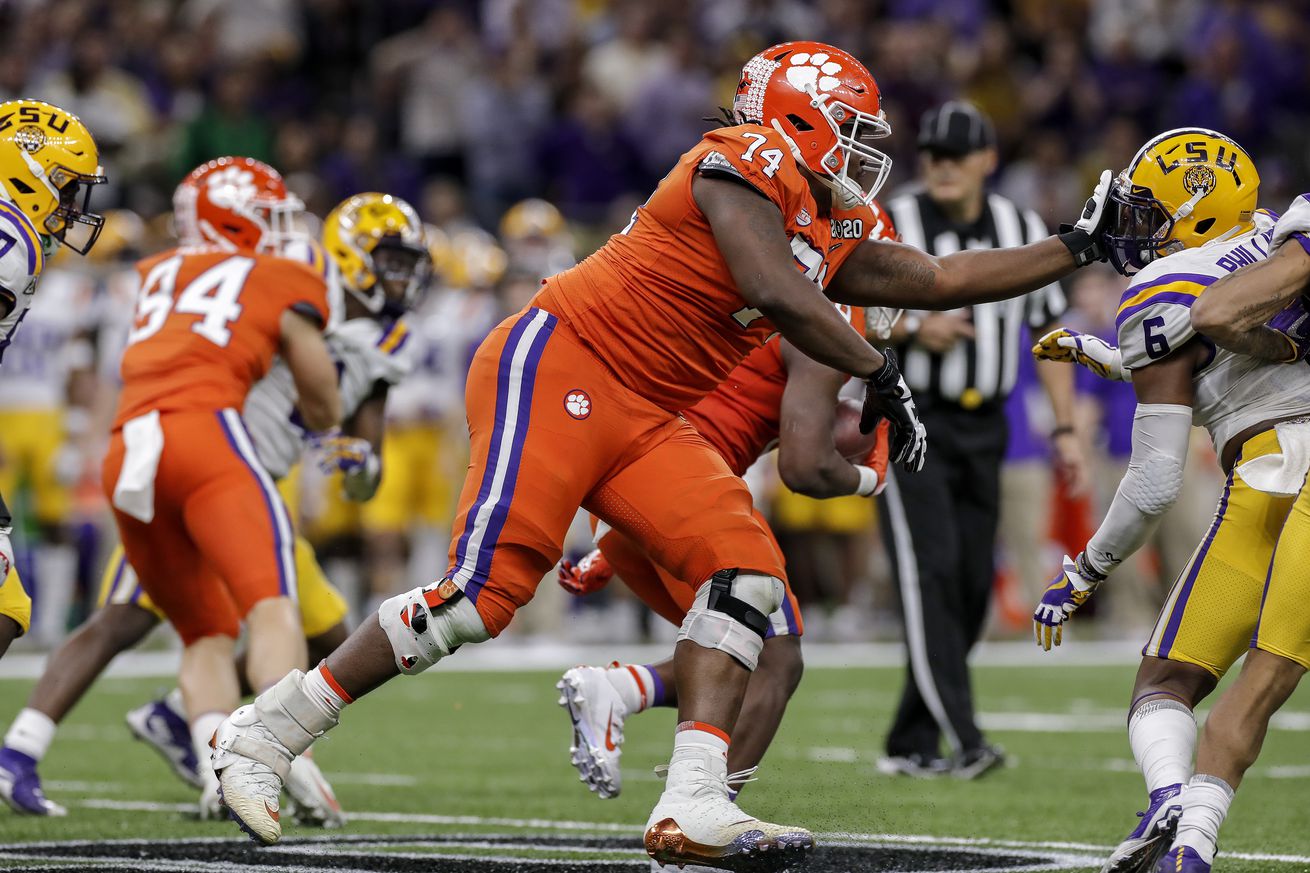 Jim Nagy has been scouting Clemson for more than 20 years, and let’s just say John Simpson stood out from the pack.

“He was the best offensive lineman I’ve ever scouted from [Clemson],” Nagy, executive director of the Senior Bowl, said in a telephone interview this week. “He’s big, strong and he plays square.”

The Raiders traded up in the fourth round to take the Clemson guard with the 109th pick overall, and Nagy — who was an NFL scout for 18 years prior to his current role — got an up-close look at Simpson in January during the 2020 Senior Bowl Week in Mobile.

Nagy told me that Simpson came to work, despite coming off the disappointment of losing the national championship game to LSU earlier in the month. The longtime scout was impressed with Simpson’s attitude and mentality during the week.

Simpson had a strong three days of practice, but then aggravated an ankle injury, Nagy said. While he didn’t play in the game, scouts had already seen enough.

Nagy thinks Simpson is a perfect fit for the Raiders. In fact, he compares Simpson to Raiders’ guard Gabe Jackson, and the rookie may replace Jackson at some point.

“He’s good enough to be a No. 3 guard this year,” Nagy said of Simpson. “The Raiders got a player they can develop quickly into being a starting-level player. He can really help in what they want to do as a run team. He’s smart, durable, easy to connect. John is ready to go as an NFL player.”

Simpson might not be a starter right away, but it sure seems like the Raiders got a future long-term starter on their hands on the offensive line.