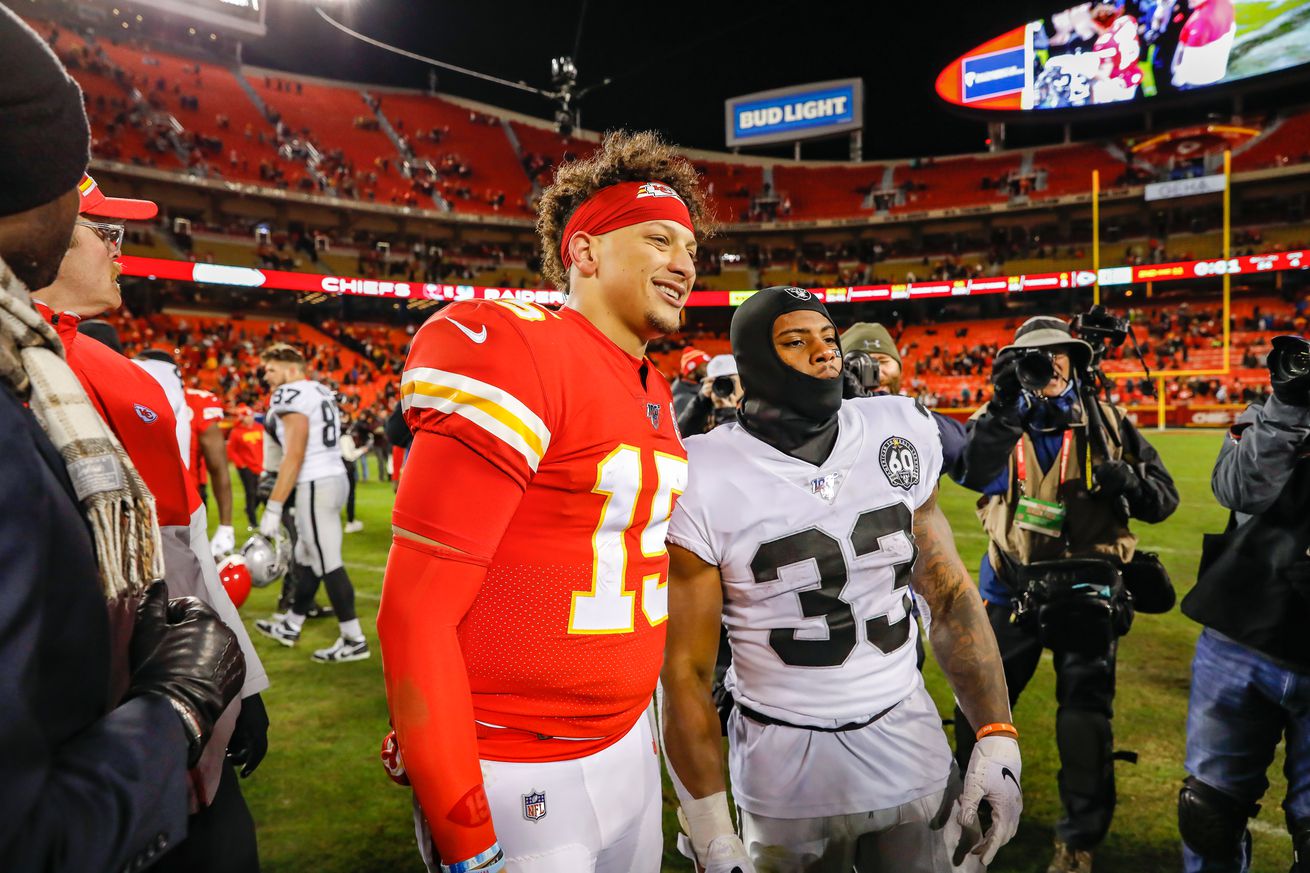 The Chiefs are favorites to repeat as Super Bowl champs, but there’s a reason that rarely happens

It was December 2017 and some people were excited about the future prospects of the Philadelphia Eagles. Not only were they winning games with young quarterback and MVP candidate Carson Wentz, but they had locked down most of their important pieces because of those cheap rookie QB deals.

These were the “core” players who supposedly would make the Eagles a Super Bowl contender for at least three more years:

Wentz, Alshon Jeffery, Zach Ertz, Lane Johnson, Jason Kelce, Brandon Brooks, Fletcher Cox, Vinny Curry, Timmy Jernigan, Derek Barnett, Malcolm Jenkins, and Rodney McLeod. They were all signed through at least 2020 and for the most part, all young players who didn’t seem to be nearing the end of their careers.

But looking ahead three years in the NFL is sillier than banana bread.

As you’re probably aware, Philadelphia did win the Super Bowl that season and they didn’t even need Wentz down the stretch to do it. As a matter of fact, Field Yates didn’t even know how important the addition of “Nick Foles” to that list would have been. (No he wasn’t signed through 2020 but he was a part of something, no doubt.)

Though they have made the postseason in each of the last two years, the Eagles have done so with 9-7 records and barely crossing into positive point differential territory each time. Wentz has been fine-to-good but injuries took another five games from him in 2018 and we’ll see what 2020 brings with a better supporting cast. That’s right, the supporting cast that was supposed to make his job “easy” through 2020.

Jeffery has missed nine games and was downright awful in 2019. Johnson was suspended for taking PEDs for a second time in his career, going as far as to say himself that he didn’t deserve to be in the Hall of Fame regardless of how many Pro Bowls he makes. Curry was released in 2018 and then returned in 2019 to be okay. Jernigan has missed 19 games and is now on the Texans. Barnett missed 10 games in 2018 and began to show promise in 2019. Jenkins is back on the Saints now. McLeod missed 13 games in 2018 and he’s also just okay.

Two seasons removed from winning a Super Bowl with a roster that would supposedly only get better, the Eagles have gone 18-14, 1-2 in the postseason, and while they do have good players remaining (Wentz, Ertz, Kelce, Johnson, Cox, Barnett), we’ve seen how fragile every team in the league tends to be given the nature of the sport. Perhaps the most improved player since 2017 on Philadelphia’s roster was Brooks and he’s already been ruled out for 2020.

Which brings me to the Kansas City Chiefs.

Patrick Mahomes’ 10-year extension with the Kansas City Chiefs is worth over $400 million in total, per league sources.

The more significant question is, How much over $400 million?

I get that. And how good Kansas City actually is over the next 10 years bears unavoidable significance to the Las Vegas Raiders, as well as the Denver Broncos and Los Angeles Chargers. The Indianapolis Colts and New England Patriots dominated their divisions for the better part of two decades thanks to franchise quarterbacks and poor showings by their division-mates.

How likely is it that the Chiefs could embark on a similar reign in the AFC West for the 2020s?

Some notable names under contract for next season include Mahomes, Frank Clark, Tyreek Hill, Sammy Watkins, Chris Jones, Tyrann Mathieu, Mitchell Schwartz, Eric Fisher, Travis Kelce, Damien Williams, and rookie running back Clyde Edwards-Helaire. Arguably the most talented roster in the NFL and especially if we are only using the bias of our most recent view of the league.

In the real world — the present world, the only world that matters — our recent views of the league don’t matter and no NFL team has repeated as Super Bowl champions since the Patriots in 2004. The only teams to even come close to repeating are the Seahawks in 2014 and the Patriots again in 2017.

The Chiefs will return 20 of 22 starters from their Super Bowl winning roster, kept Eric Bienemy as their offensive coordinator, added Clyde Edwards-Helaire and just signed Patrick Mahomes to a 10-year extension through 2031. What an offseason.

And it’s not because they weren’t as talented as Kansas City is now. It’s certainly not because Mahomes, only two years into his career as a starter, is definitely more talented and capable than Peyton Manning, Tom Brady, Drew Brees, Aaron Rodgers, Russell Wilson, or name your starter of choice here.

The point will still be made though, especially after Monday’s news, “the Chiefs aren’t going anywhere!”

Signed through 2022 now are Mahomes, Hill, Clark, Anthony Hitchens, Harrison Butker, and potential starters like Edwards-Helaire, Mecole Hardman, Juan Thornhill, Willie Gay, Jr., and so on. Even if Mahomes cuts off $45 million from the 2022 salary cap, Kansas City will have plenty in the tank to re-sign names like Mathieu, Kelce, Fisher, Schwartz, or Jones.

Believing that all of those players will even be desirable in two years though could be a stretch.

Hill missed four games last season and thus far his 2018 season (1,479 yards, 12 touchdowns, 15 yards per touch) looks like a real outlier. Both the Cardinals and Texans were fine to part with Mathieu in spite of his immense talent. Hitchens, how could he possibly be kept around at $12 million in 2022? Fisher missed half of last season with a groin injury. Clark missed two games with a neck injury and his production actually went down without many people taking notice. Jones missed three games with a groin injury and may be too expensive at this point anyway. Kelce turns 31 this year.

One of the reasons a team signs Patrick Mahomes to a deal that keeps him around for the next 12 seasons is that in many ways what a “franchise” quarterback is when he gets to that level is that he is “the core.” Like Brady or Manning, you expect that one day he’ll be playing with 52 entirely different players than when he started — and he’ll be good with either of those rosters.

I’ve only used one example here of the 2017 Philadelphia Eagles, but there are many more. Another that comes to mind for being so recent is the start of the season for the 2019 Los Angeles Rams:

Most of those guys had just played in the Super Bowl. As of today, Gurley, Cooks, Fowler, Littleton, Peters, Talib are all on other rosters, Weddle retired, Whitworth is 39, Johnson missed most of 2019, Blythe and Havenstein were really disappointing. They added in Jalen Ramsey but have lost plenty more than that.

It doesn’t mean the Rams aren’t contenders next season but serves as another reminder of how quickly teams in the NFL really change.

The Raiders must compete against Mahomes for quite awhile and we’ve known for awhile now that that would be the case. Mahomes was never going to leave Kansas City once 2018 happened.

The players around him though and their ability to dominate year in and year out remains an open-ended book.