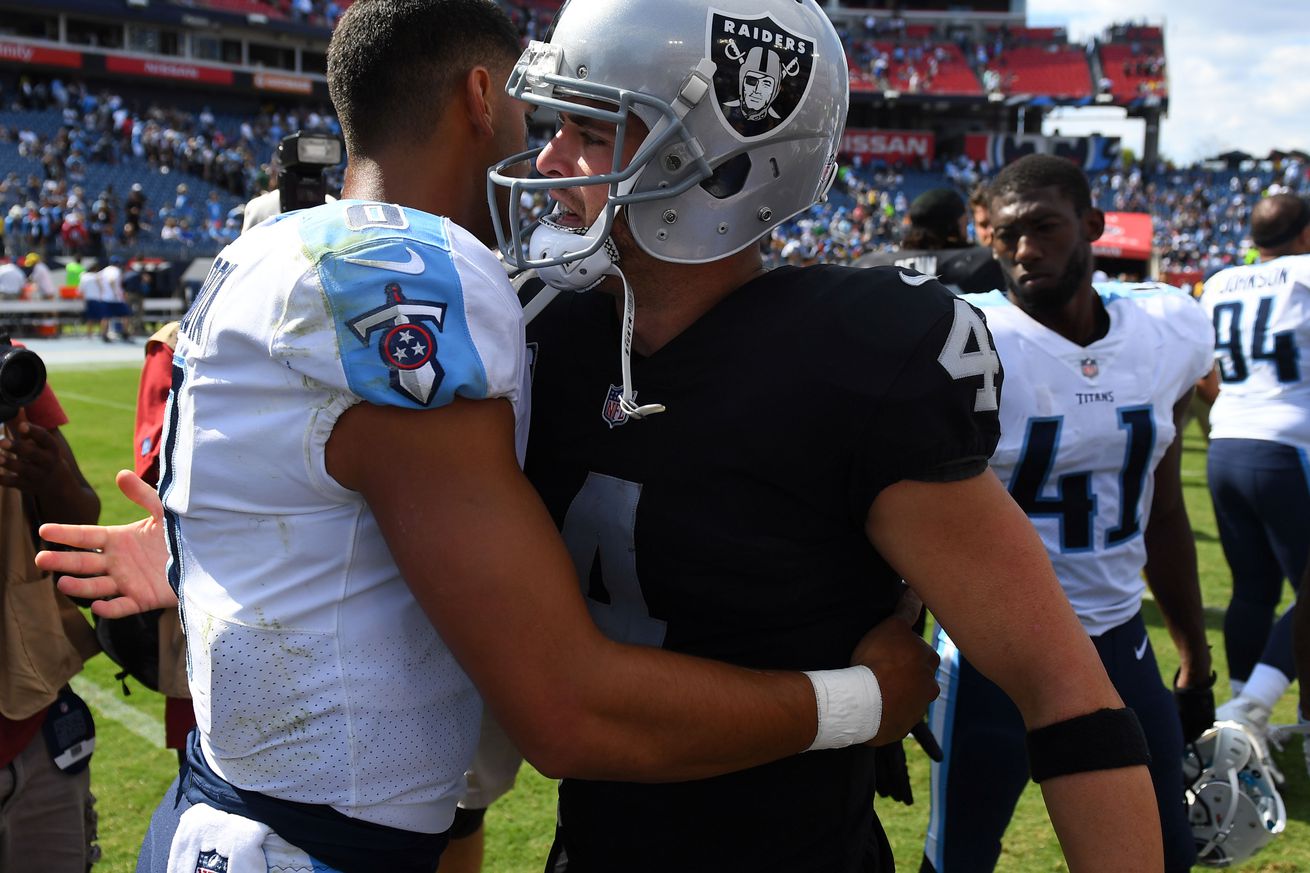 Recently, we looked at our friends at DraftKings and their thoughts on Derek Carr‘s odds for the 2020 season in terms of sports gambling.

We were struck that their season passing yardage total was so low at 3,300.5 yards. In fact, it is very low if you look at Carr’s history as the Las Vegas Raiders’ quarterback. He has surpassed the 3,300 passing yardage total in every season since his rookie year in 2014, when he missed the total by 30 yards.

However, DraftKings aren’t the only sportsbook that isn’t buying a big 2020 by Carr. In an unsolicited response to a tweet by NFL analyst Evan Silva — who mentioned the possibility of Marcus Mariota taking Carr’s job at some point this season — Jeff Sherman, the VP of risk management at the SuperBookUSA at the Westgate Casino in Las Vegas tweeted this:

Oddsmakers are setting the Carr market based on the belief he may be replaced. That’s pretty telling. Clearly, that’s the same reason for DraftKings’ passing yardage total.

You all know my feelings on Carr.

I would be very surprised if he is replaced this season because of his play. He has never shown he is not a starter. He has shown he is an average starter, but not one who needs to be replaced. Add in the fact that Mariota hasn’t been able to work with the Raiders’ coaches this offseason and Carr’s chances of staying the starter increase.

While I think he is safe, it’s fascinating to know that Vegas casinos are setting a low bar for Carr. How’s that for a welcome to the city? Just kidding, business is business — especially when it comes to gambling in Sin City.