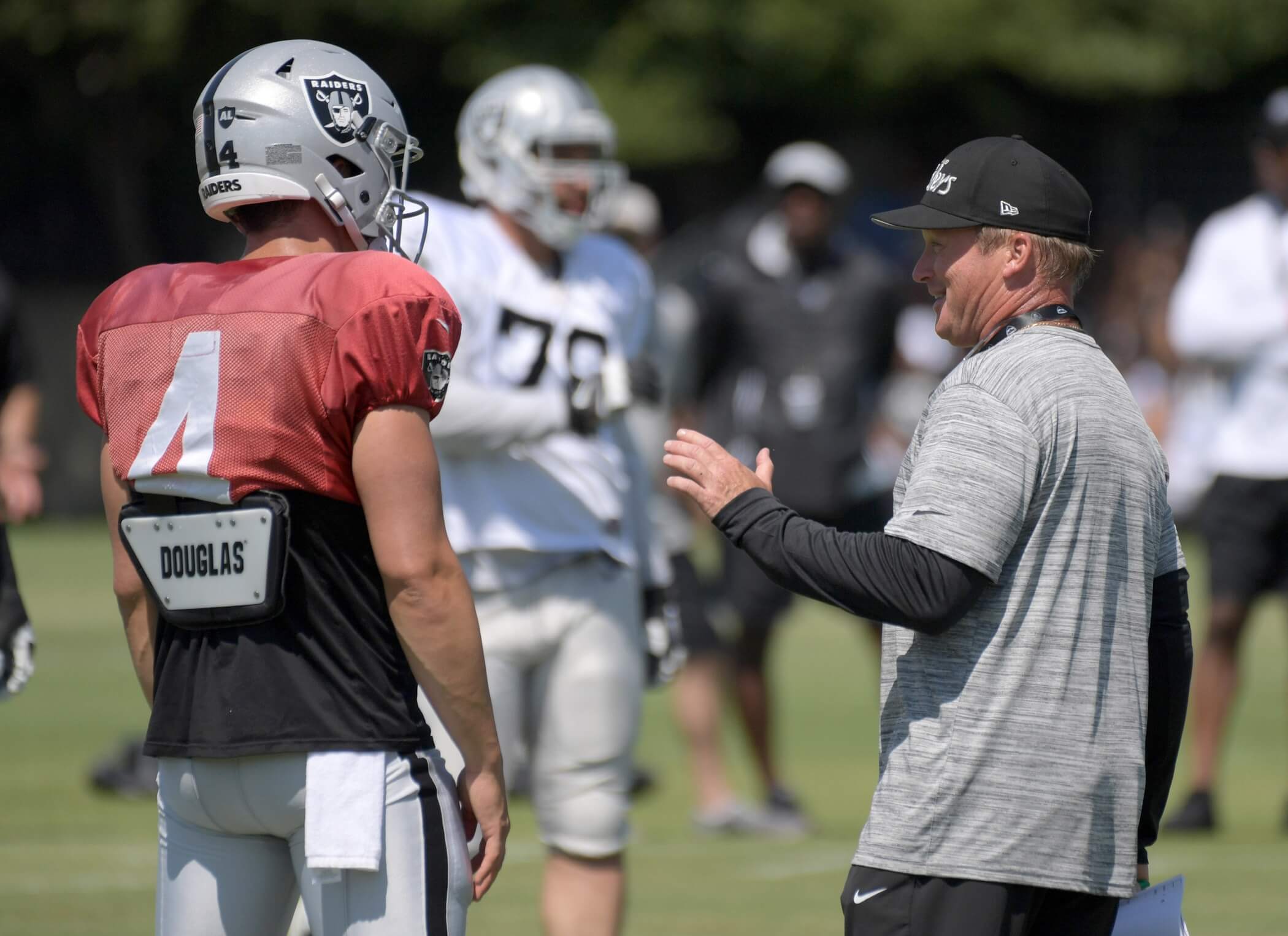 With no preseason games, it feels like going from 0-60 real quick now that we’re already talking about regular season football games (less than two weeks away). One fascinating subplot of this, however, is the amount of mystery each team has been able to maintain about their team and their plans.

At this point, the only bits of information fans are getting is from beat writers (who are only allowed to comment about certain things) and from team-released videos. If you’re reading everything it means you can glean a little bit, but without real game action to watch it’s limited.

That said, as the Las Vegas Raiders turn the corner and head for the regular season, here are five post-camp storylines worth noting….

It’s time for the young bucks

On Monday, the Raiders released veteran corner Prince Amukamara — the guy many expected to fill the No. 2 cornerback spot this season. By all accounts, it had less to do with his performance and that of the young corners the Raiders have begun to hoard.

With Amukamara penciled in, many wondered how the rest of the cornerback group would be rounded out. With Trayvon Mullen entrenched alongside slot corner Lamarcus Joyner, and with recent draft picks Damon Arnette and Amik Robertson guaranteed spots, it meant second-year guys like Isaiah Johnson and Keisean Nixon were battling Nevin Lawson for just one or two spots. Now, with Amukamara gone and Lawson suspended for the first week of the season, it seems like this decision is a vote of confidence not only for Arnette (who will likely be starting Week 1) but also Nixon and Johnson as well.

While many were eager to hear about how Marcus Mariota would look in a new setting, the results have not been encouraging. While Jon Gruden praised him early in camp, the subsequent reports from those at practice indicate that something seems off with him — either physically or mentally as he attempts to learn a whole new system. This is good news for Derek Carr, who doesn’t have to worry at all about someone breathing down his neck (not that he had much to worry about to begin with), but it’s bad news for the Raiders if Mariota can’t turn things around pretty quickly.

While most teams around the league have dealt with their own injuries, the Raiders’ biggest casualty so far was Tyrell Williams. While he is expected to try and play through it, the news that he tore his labrum was a blow for a guy who battled plantar fasciitis for most of last season. With Williams hobbled, it could open up space for rookie Bryan Edwards — who has been the standout rookie by all accounts — to slide into the starting lineup alongside fellow rookie Henry Ruggs III and second-year slot man Hunter Renfrow.

Arden Key, the answer to the pass rush?

With Maxx Crosby established on one end of the defensive line, the question mark this fall has been where the rest of the pass rush might come from. Would former first-rounder Clelin Ferrell make the jump? Would newcomer Carl Nassib make a difference? Or maybe interior guys like Maliek Collins and Maurice Hurst were the answer?

So far it appears that Arden Key — the team’s third-round pick in 2018 — might be the answer. While there haven’t been a ton of live reps and it’s all in-house, this report is encouraging for a guy that came out of college with a lot of hype about his ability to get to the quarterback. Between Key and all of the other names I’ve mentioned — including Ferrell, who has gotten positive reviews from those at practice — the Raiders figure to have a solid group of guys who can get to the passer. That doesn’t mean they’ll be elite, but even if they can be average that will be a marked improvement.

I’m sorry if you’ve heard me rave about the Raider linebackers already, but after a decade of incompetence at the position the Raiders now have THREE NFL-quality linebackers it seems like. After signing Cory Littleton and Nick Kwiatkowski in free agency, they added Raekwon McMillan on Saturday in a trade with the Miami Dolphins.

McMillan, a former second-round pick out of Ohio State, has been fairly productive thus far in his career, starting 28 games and accumulating 177 tackles. The scouting report on him appears to be this: dominant against the run, suspect against the pass. Normally that would be a fairly concerning scouting report, but the cost was minimal to acquire him (Raiders sent out a fourth-rounder and got back a fifth-rounder), and he’s nothing more than a No. 3 linebacker for the team. He’ll probably be in on obvious run downs before coming off the field for an additional defensive back.

The post Just Around the Corner: Five Post-Camp Storylines As Raiders Prepare For Season appeared first on Raiders Newswire.