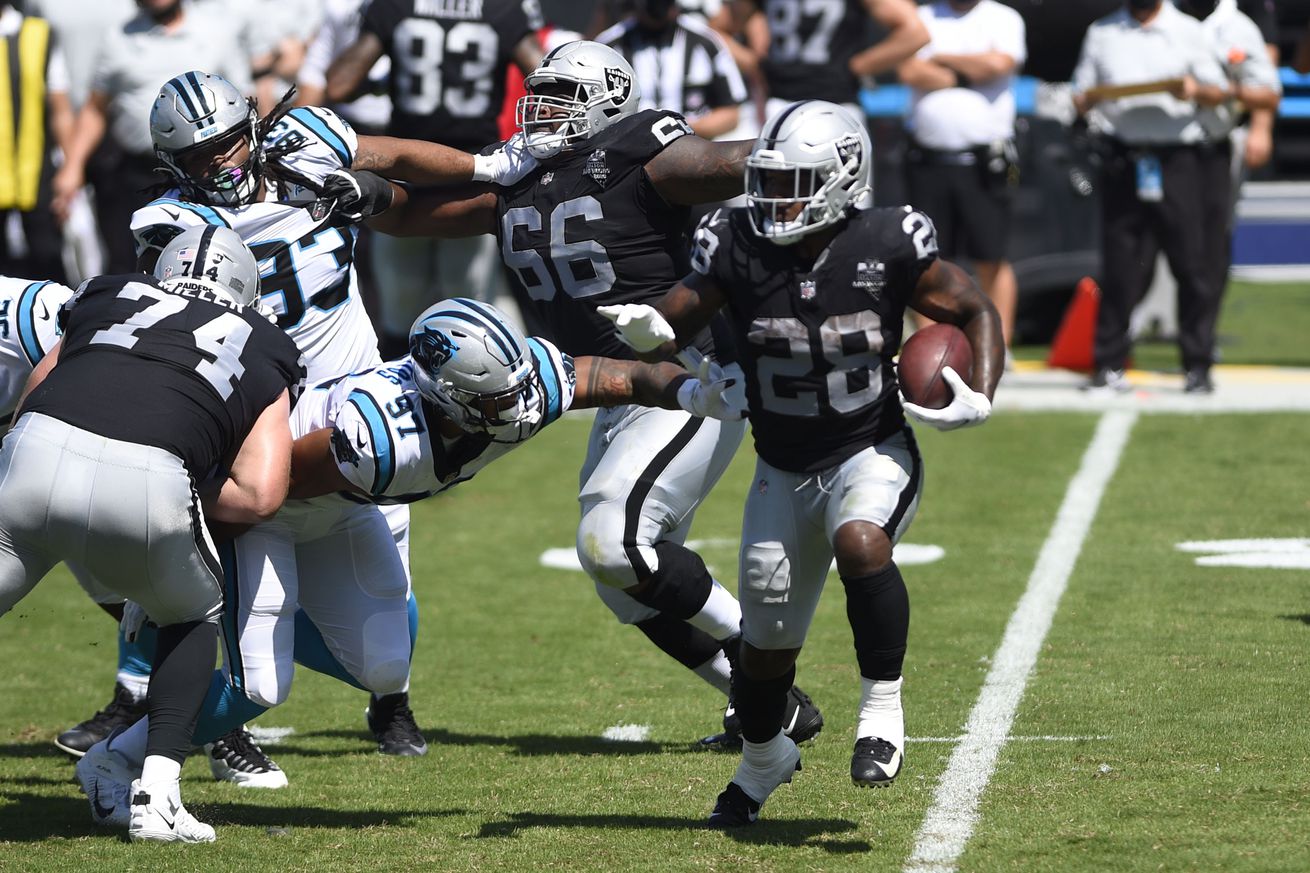 For anyone who has Josh Jacobs as the best running back in the NFL this season, you and he are off to good starts. In the first game of his second pro season, Jacobs helped the Las Vegas Raiders score 34 points — the most by a Jon Gruden team in regulation since he took over again in 2018 — and Jacobs had 93 yards on 25 carries.

Jacobs career-high for touchdowns in a single game was two prior to Sunday, something he did three times in 2019. He did have six games with a higher rushing total last season. We just can’t say after one week how good the Panthers run defense really is but Jacobs pushed through enough to finish the day with more rushing yards than any other player in the Sunday morning games except for the guy on the other sideline.

Kansas City’s rookie Clyde Edwards-Helaire had 138 rushing yards on Thursday, the most in Week 1 so far.