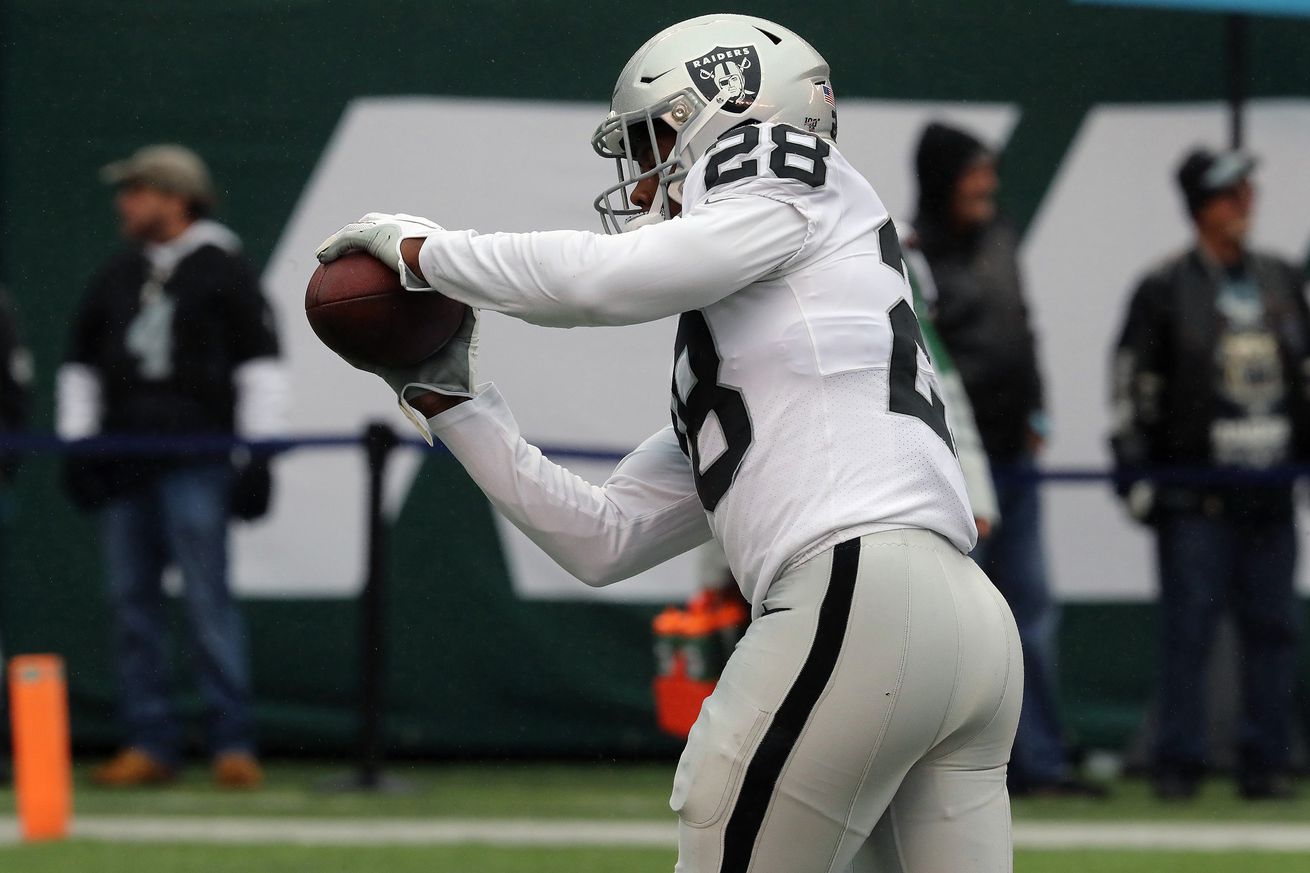 One NFL analyst isn’t buying it

Josh Jacobs – who was snubbed in favor of Arizona Cardinals quarterback Kyler Murray for the NFL Offensive Rookie of the Year award last year – gave himself a “B” grade for his rookie season.

With an eye on improvement in Year 2, Jacobs wants to make huge leap in the receiving game. Jacobs was tremendous on the ground (which is his biggest priority in Jon Gruden’s offense) as he had 1,150 yards rushing in 13 games as a receiver. The first-round pick from Alabama in the 2019 draft had 20 receptions on 27 targets.

“I kind of established the run aspect of my game,” Jacobs said, according to the Raiders media communications. “I feel like I want to improve that even more. Also, blocking, I want to put some of that on film. Obviously, catching too. My goal is to catch at least 60 balls this year.”

That would be a huge uptick for sure. NFL analyst Warren Sharp doesn’t see it happening, though.

did Jalen Richard die? did they undraft Henry Ruggs?

Sharp’s skepticism is understandable. Jalen Richard had 39 catches in 2019 and he will still be part of the playbook as well as Henry Ruggs III, Lynn Bowden Jr. and Bryan Edwards, all new additions.

Still, it is clear Jacobs is focused on becoming a better receiver and that is commendable.

“I worked on a lot of things that receivers do,” Jacobs said. “Not necessarily just running back routes. Whether it’s getting off the line or how to stack on top once you get vertical or anything like that. I’ve just been working on all the technically little things that receivers do. Just trying to implement that into my own style and bring what I can to the table.”

Jacobs’ most important job will always be running the ball, but if he does become a bigger receiving weapon, the Raiders’ offense will benefit greatly.