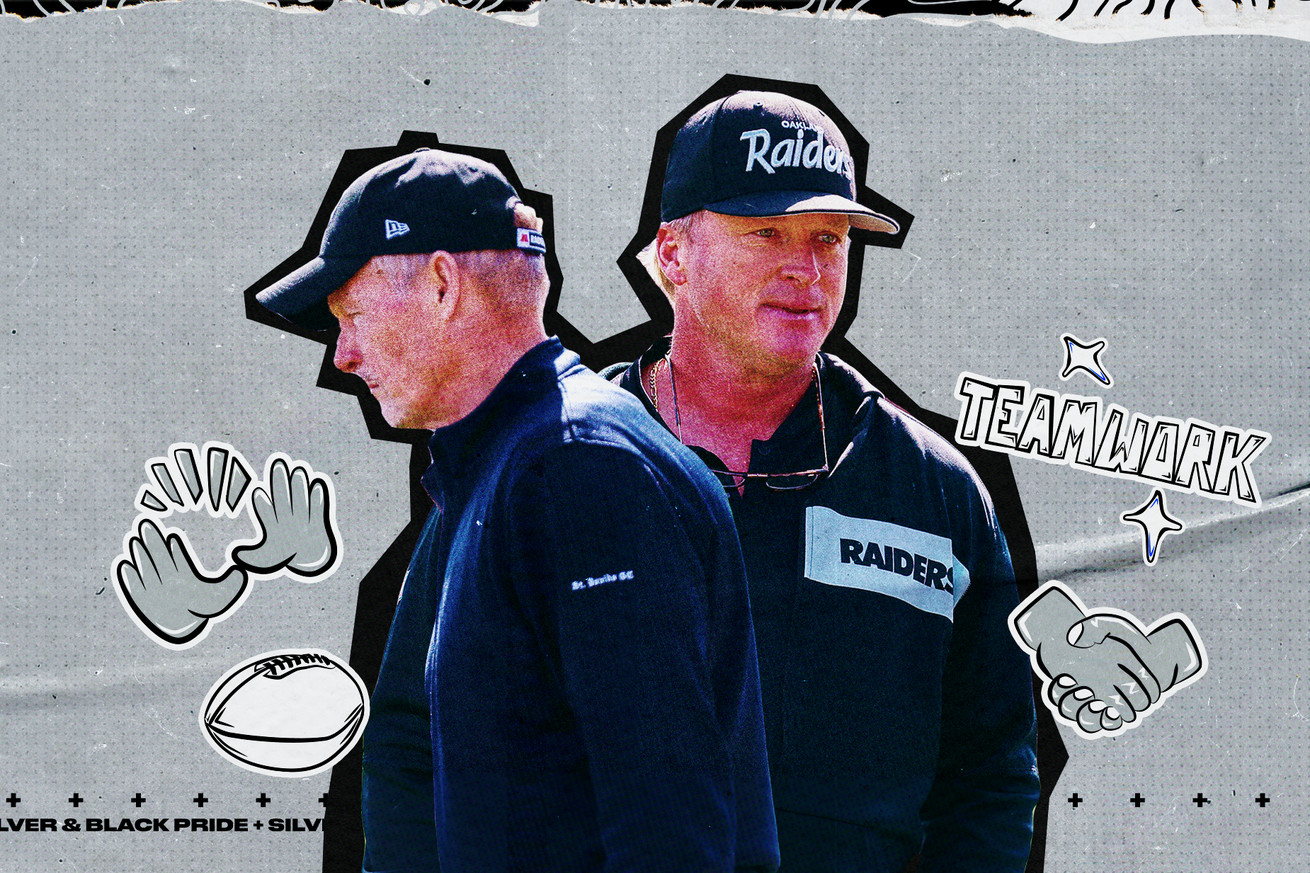 When Raiders owner Mark Davis gave Jon Gruden a 10-year, $100 million deal to return as the franchise’s coach in 2018, it was clear Gruden would be the top person in charge. But that doesn’t mean he didn’t need any help and partnership.

After a year on the job, Gruden executed that plan by surprising the league and hiring Mike Mayock of the NFL Network as general manager at the conclusion of the 2018 season. Gruden inherited general manager Reggie McKenzie when he was hired. Gruden and McKenzie had a long relationship, but in the NFL, when someone new is brought in to be in charge and the previous person in charge is still there, it is just a matter of time before there is change.

So McKenzie was fired near the end of a 4-12 season in 2018. In short, Gruden wanted his own guy and a fresh perspective on the franchise that was in the midst of major change. Gruden got his guy in Mayock, who was a draft expert for the NFL Network but who had never previously worked for an NFL team.

Their teamwork has been noticeable in the nearly two years they’ve worked together with the Raiders. What sticks out about Gruden and Mayock — and it was a major reason why Gruden was interested in Mayock joining the Raiders as the team’s GM — is that they have similar personalities and they approach their work the same way.

Both are outgoing, and that showed in their television careers. Most importantly to the Raiders, both Gruden and Mayock are football nuts. It’s a life passion for both of them — they talk ball and watch film endlessly.

“They are similar people,” said a person inside the organization who works closely with both Gruden and Mayock. “They have the same vision for the organization. They are on the same page, and that is the most important thing you want to see in partnership in this league.”

Gruden and Mayock have been in lockstep on what type of players they want to add to the roster, especially in the draft. That is Mayock’s biggest function with the team — he runs the draft in addition to overseeing the front office. Yes, Gruden has the final call on everything, but Gruden trusts Mayock to draft players who will fit the mold of what Gruden wants the Raiders to become.

The duo’s first two drafts have been strong, as the team has added the likes of running back Josh Jacobs, safety Johnathan Abram, defensive end Maxx Crosby, and wide receivers Hunter Renfrow and Henry Ruggs III to the program.

Gruden and Mayock have a clear draft plan: They want players who love football who came from big programs. It has worked thus far.

But like any team, it hasn’t been perfect for Gruden and Mayock. There was the Antonio Brown fiasco and the Lynn Bowden Jr. whiff in the third round this year. Plus, some of their free agent additions haven’t panned out. Still, the two have stayed on the same page even through adverse times.

Gruden is the leader in Las Vegas, and Mayock is his top assistant. There have been times when Mayock has had to play bad cop — the Brown issue and Bowden mistake stand out — and that’s fine. Gruden likes being a player’s coach, and Mayock runs the front office. Those are two vastly different roles, and the Raiders need to have strong figures in each. In Gruden’s first year back with the Raiders, 2018, that type of partnership was missing and it showed in the team’s 4-12 performance.

The Raiders believe in the future, and with a young core of players and a healthy salary cap outlook, the future is indeed bright in Las Vegas. The Raiders feel especially in strong shape because of the teamwork of Gruden and Mayock at the top of the organization.