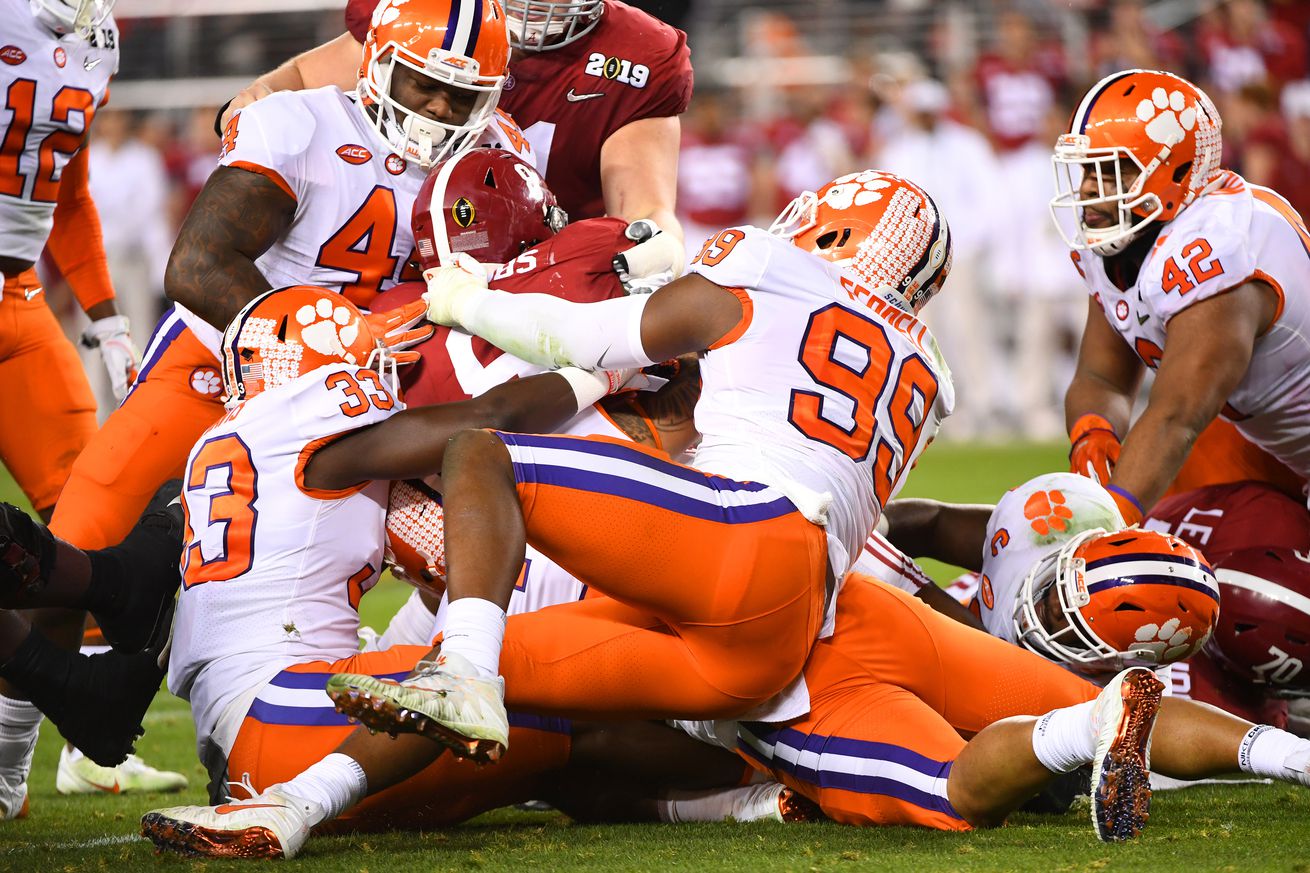 In one of his first acts as the general manager of the Raiders, Mike Mayock made the 44-mile trek from Alameda to Levi’s Stadium on Jan. 7, 2019 to scout the college football national championship game between Clemson and Alabama. Mayock stood feet away from players on both teams in pre-game warm ups, diligently jotting notes.

Mayock’s scouting work on that rainy night did not go to waste. In fact, it helped build the foundation of the Las Vegas Raiders.

Astonishingly, eight players from that game are now on the Raiders’ roster. Here’s the breakdown:

All but Cotton are certain to be on the 2020 Raiders’ roster, while he will have an uphill battle. Still, seven sure things from the same game on the same NFL roster less than two years later? That’s pretty amazing.

So, let’s watch it. The game was great early, but the Tigers ended up running away from the Crimson Tide, winning 44-16. All eight of these players are featured in this game so it will be fun to watch.

At 5 p.m. PT, start watching the below link and chat away.