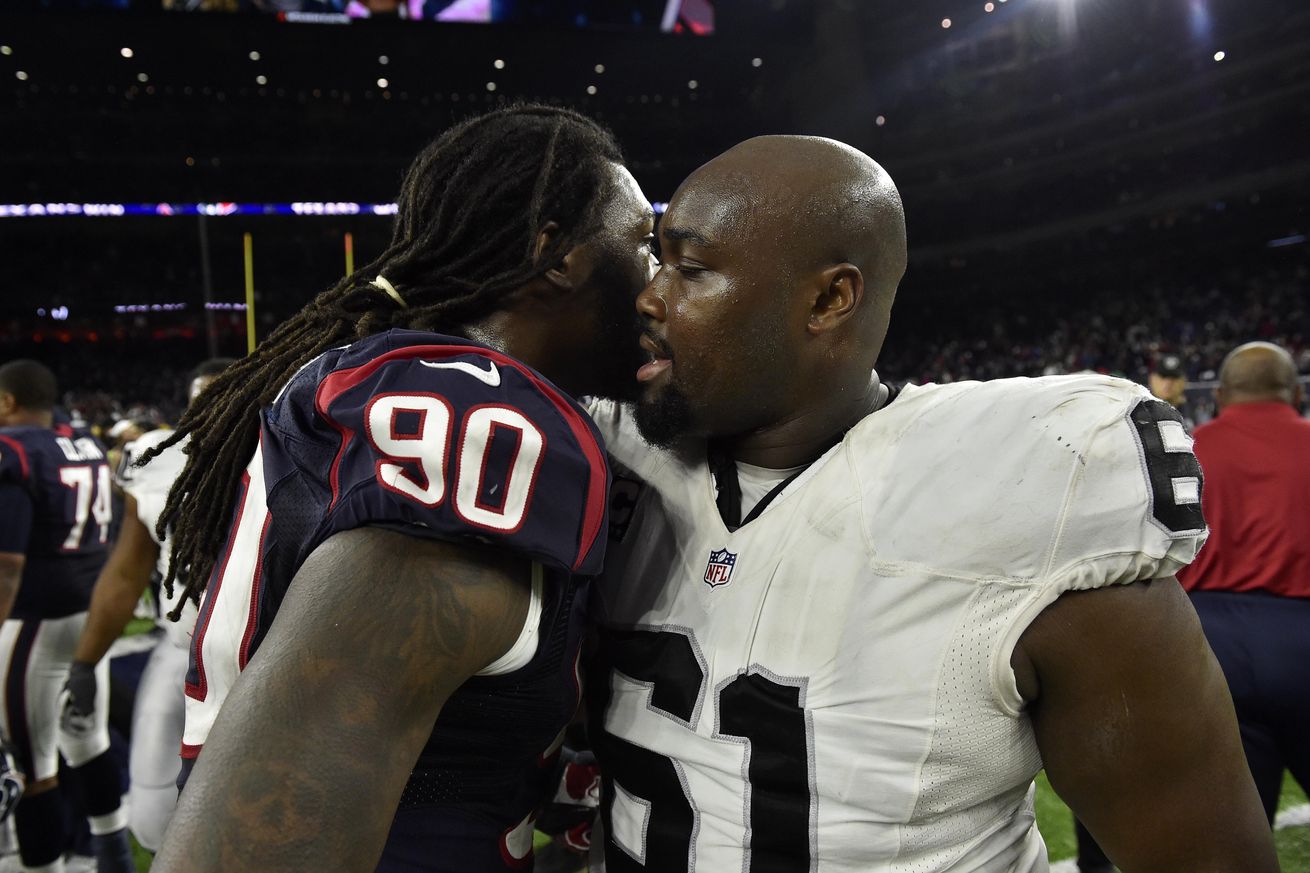 Standout defensive and Jadeveon Clowney has been the best free agent on the market for more than two months. Yet, his market has been stale.

On Tuesday, however, with training camp looking to begin in four weeks, Clowney made it known he is ready to go and thinks he will get a nice deal, as reported by NFL reporter Josina Anderson:

Just got off the phone with free agent DE Jadeveon Clowney. He told me, at this time, he intends to sign with a team “before the season starts, if everything still goes on time with the season.” Clowney also added, “no I have not narrowed down a final team. I’m still open.”

Also, this recent workout video of Cloweny was released:

For a better idea of the real time flow of the OBJ/ Wayne interview, here is the longer 43min version, that included more personal, non-football questions as well, for those interested. https://t.co/JqI5SnsJ9d

Clearly, the Clowney contract push is on.

Still, while Clowney is open for business, I’d doubt the Raiders get into the mix at this stage — but remember, I’m always a “never say never” guy on any player-team pairing. Anything is possible, but Clowney landing in Las Vegas seems like a major long shot.

The Raiders have not been connected to Clowney this offseason much at all. Plus, they don’t have a lot of salary-cap room. They currently have less cap space than rookie pool money and need to make some adjustments, so, fitting in a deal for Clowney would be quite difficult at this point.

Adding to that, Clowney would be a luxury for the Raiders, who signed defensive end Carl Nassib to a three-year $25 million deal this offseason to be the third defensive end. With second-year players Maxx Crosby and Clelin Ferrell the focal points at this position, Clowney doesn’t seem like a fit for various reasons.