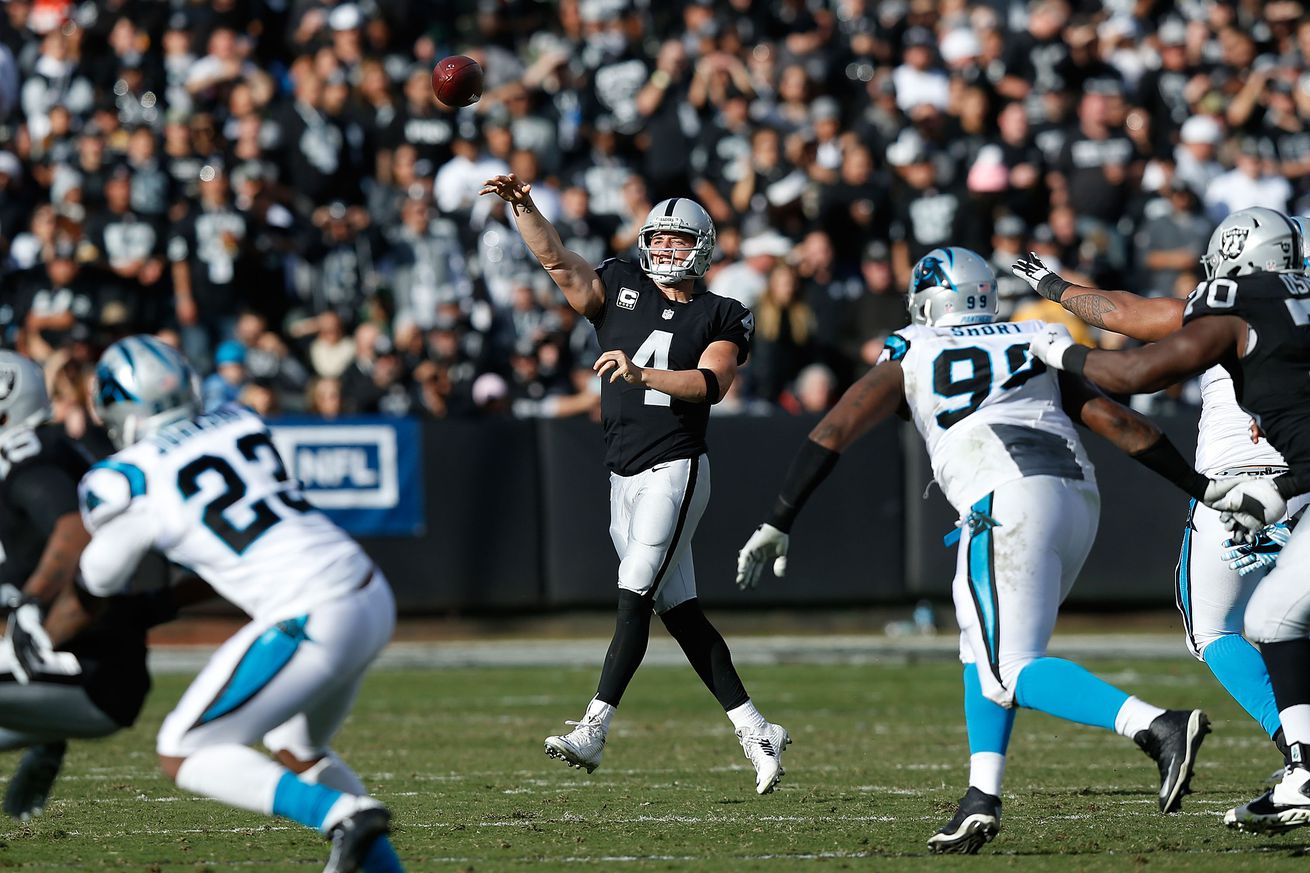 The 2020 NFL season begins with the Las Vegas Raiders on the road to take on the Carolina Panthers. It was a disappointing 2019 for both teams, as Vegas won only seven games with Carolina winning only five.

This is a new and improved Panthers team, who has a brand new coaching staff and nearly a brand new team. They spent all of their draft picks this year on defense, so they obviously are looking to improve on that end. Offensively, they spent a lot of money to bring in Teddy Bridgewater to lead the offense at quarterback. Oh, and they still have Christian McCaffrey.

This will be the seventh career meeting between the two teams, with the series tied at three a piece.

Their last meeting was on Nov. 27, 2016. Vegas came out on top 35-32. Derek Carr threw for 315 yards and two touchdowns. Michael Crabtree had eight catches, Amari Cooper had four and Latavius Murray had three.