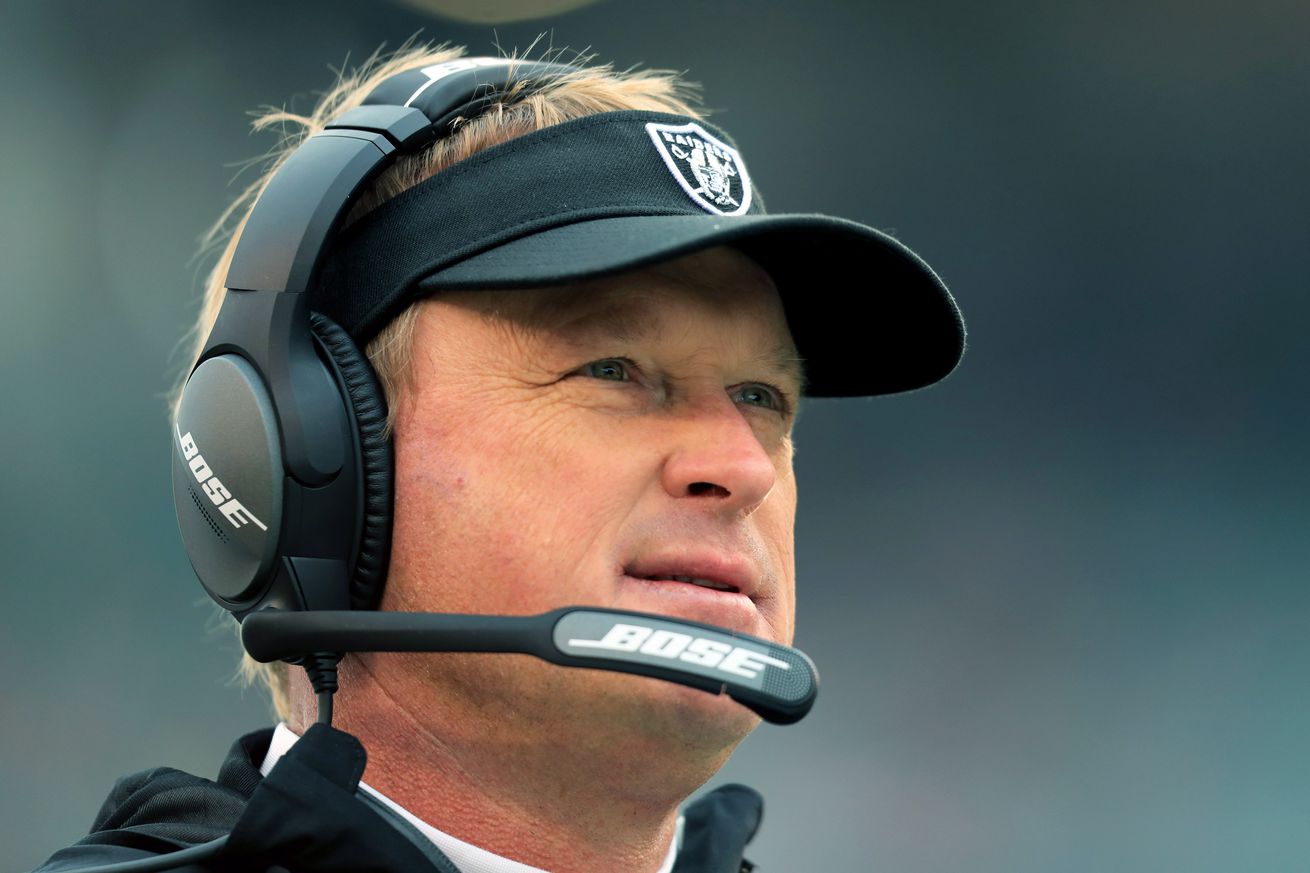 The Raiders will look to avoid falling below .500, as they’ll take on the surprisingly good Cleveland Browns, who are currently sitting at 5-2 on the season.

Here’s more on the matchup courtesy of CBS Sports:

After two games on the road, the Cleveland Browns are heading back home. They will square off against the Las Vegas Raiders at 1 p.m. ET on Sunday at FirstEnergy Stadium. If the game is anything like Las Vegas’ 45-42 win from their previous meeting September of 2018, the scorekeeper will be kept real busy.

It was a close one, but this past Sunday the Browns sidestepped the Cincinnati Bengals for a 37-34 victory. Cleveland QB Baker Mayfield was slinging it as he passed for five TDs and 297 yards on 28 attempts. Mayfield had some trouble finding his footing against the Pittsburgh Steelers two weeks ago, so this was a step in the right direction.

There was early excitement for the Raiders after they claimed the game’s first points this past Sunday, but it was the Tampa Bay Buccaneers who ended up claiming the real prize. Las Vegas found themselves the reluctant recipients of an unpleasant 45-20 punch to the gut against Tampa Bay. Las Vegas’ defeat shouldn’t obscure the performances of WR Nelson Agholor, who caught five passes for one TD and 107 yards, and QB Derek Carr, who passed for two TDs and 284 yards on 36 attempts. That receiving effort made it the first game that Agholor has posted more than 100 yards receiving.

This next matchup is expected to be close, with Cleveland going off at just a 2.5-point favorite. They have failed bettors playing the spread in their past two games, so buyers beware.

Cleveland’s win lifted them to 5-2 while Las Vegas’ loss dropped them down to 3-3. Allowing an average of 31.57 points per game, the Browns hadn’t exactly asserted themselves on the defensive end. We’ll see if they can patch up the holes in their defense before their upcoming contest.

Weather: Expected to be 42 degrees with showers and wind