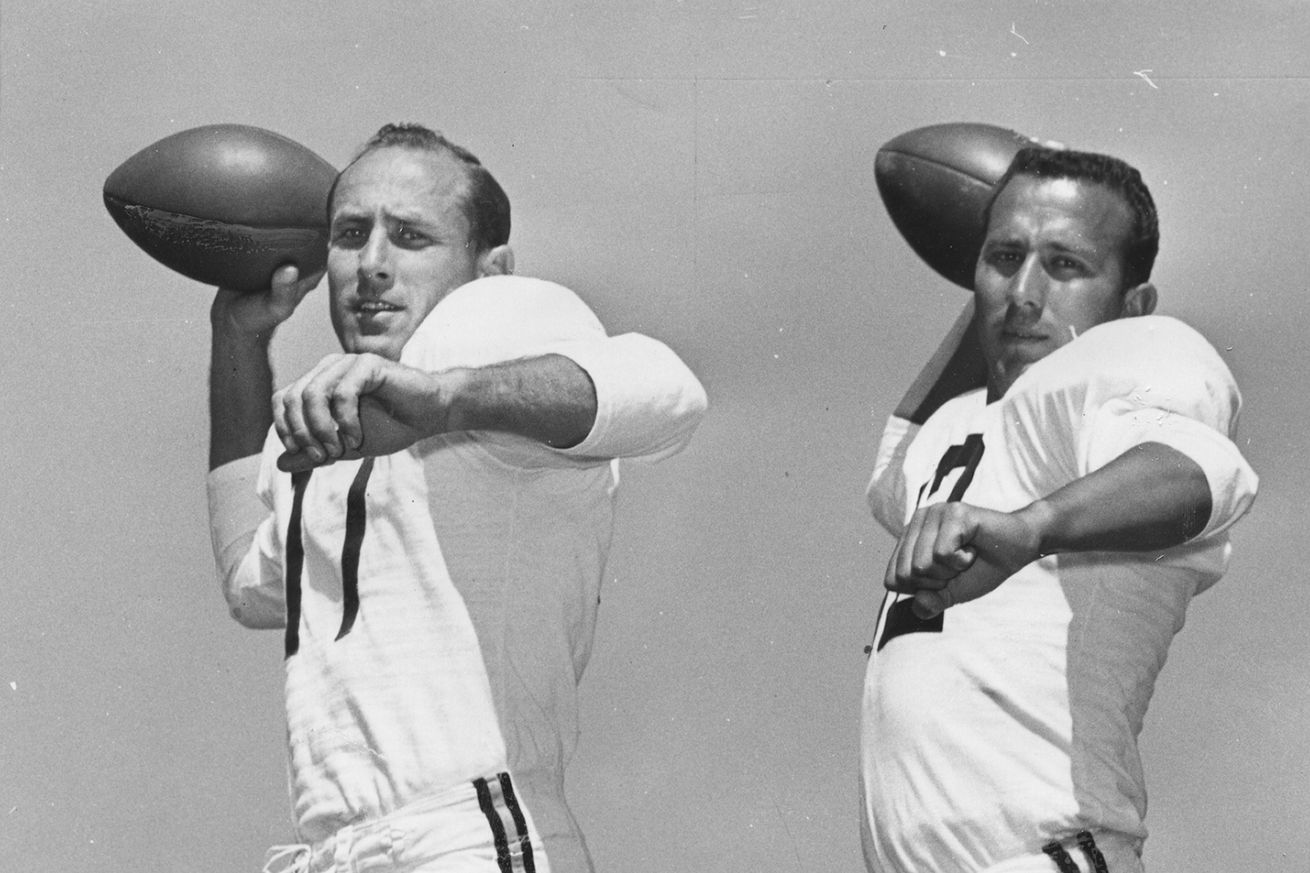 Years before he led the team to two Super Bowl wins, Flores had an unreal hot streak to end the season

When you sort Pro-Football-Reference’s Play Index to find quarterbacks who threw at least 20 touchdown passes on 250 or fewer pass attempts, you’ll only find nine names. Of those nine seasons, the most recent was in 1963.

The quarterback in question for that 1963 season was Tom Flores, who more than 55 years later still has the greatest “second half” of a campaign in Raiders history.

Another thing I did on Play Index was look for the best TD:INT ratio seasons in the franchise’s history. Unsurprisingly, Derek Carr has the two best seasons in that regard, 2016 and 2019, respectively. It does not mean much more than the fact that Carr plays in the modern era, though we don’t have to strip him of the honor either.

Oakland had seen much worse.

In 2002, Rich Gannon threw 26 touchdowns and 10 interceptions. It is honestly a better TD:INT than any other Carr season but I was looking for examples with single-digit interceptions. Don’t worry, it doesn’t mean anything, it was just the parameters for this particular search. Give Gannon all his due and at the same time, let’s acknowledge that regardless of era, Carr has still posted a handful of the best QB seasons in franchise history.

But what about in the second half of a season?

I did a new search, this time looking for the best TD:INT ratios in Raiders history from “Game 9” to the end of the season. We know that 16-game seasons haven’t always existed though and so that did give skewed results. Those results didn’t skew hard enough to keep Tom Flores from the top though. Not by a longshot.

Then came his return in 1963, the first under head coach Al Davis.

The Raiders opened 2-0 behind quarterback Cotton Davidson, once the fifth overall pick in the draft but now the guy who threw 23 interceptions in 13 games a year earlier. That ‘62 Davidson then returned, going 22-of-63 for 308 yards and five interceptions over the next three games, all losses for Oakland.

It’s not as though he wasn’t a part of the offense already. Flores had played considerably in all five games so far but he got the start and threw a season-high 32 passes in Week 6 against BOSTON. He also threw three interceptions in a fourth straight loss. Better fortunes were coming.

The Raiders won their next three games, mostly thanks to Davidson throwing six touchdowns in Weeks 8 and 9 combined. But Flores had unthinkable numbers in the final five weeks, throwing 14 touchdowns against only three interceptions. That was in just five games, including 11 in the final two.

And guess who made the Pro Bowl:

Despite throwing a touchdown on 8.1% of his throws, Flores wasn’t quite strong in every facet of the game. And despite the winning streak, the Raiders fell one win shy of make the playoffs. That honor instead went to the San Diego Chargers, a team that Oakland beat twice in the regular season. The Chargers beat BOSTON for the championship, a team that actually swept the Raiders that year, winning 20-14 both times.

All these years later, Flores’ 14 TD and four interceptions from Game 9 and on is at least one of the best finishes by a quarterback in franchise history. The highest passer rating belongs to Ken Stabler, who had 12 TD/6 INT and a 114.9 rating in the final five games of 1976. Flores is second and Stabler’s 1974 campaign is third.

In ninth place here would be Jim Plunkett, who in 1983 had 10 touchdowns and five interceptions in the final seven games. The Raiders won their second of two Super Bowl championships in four years that season and the head coach of both of those teams was, as you well know, Tom Flores.