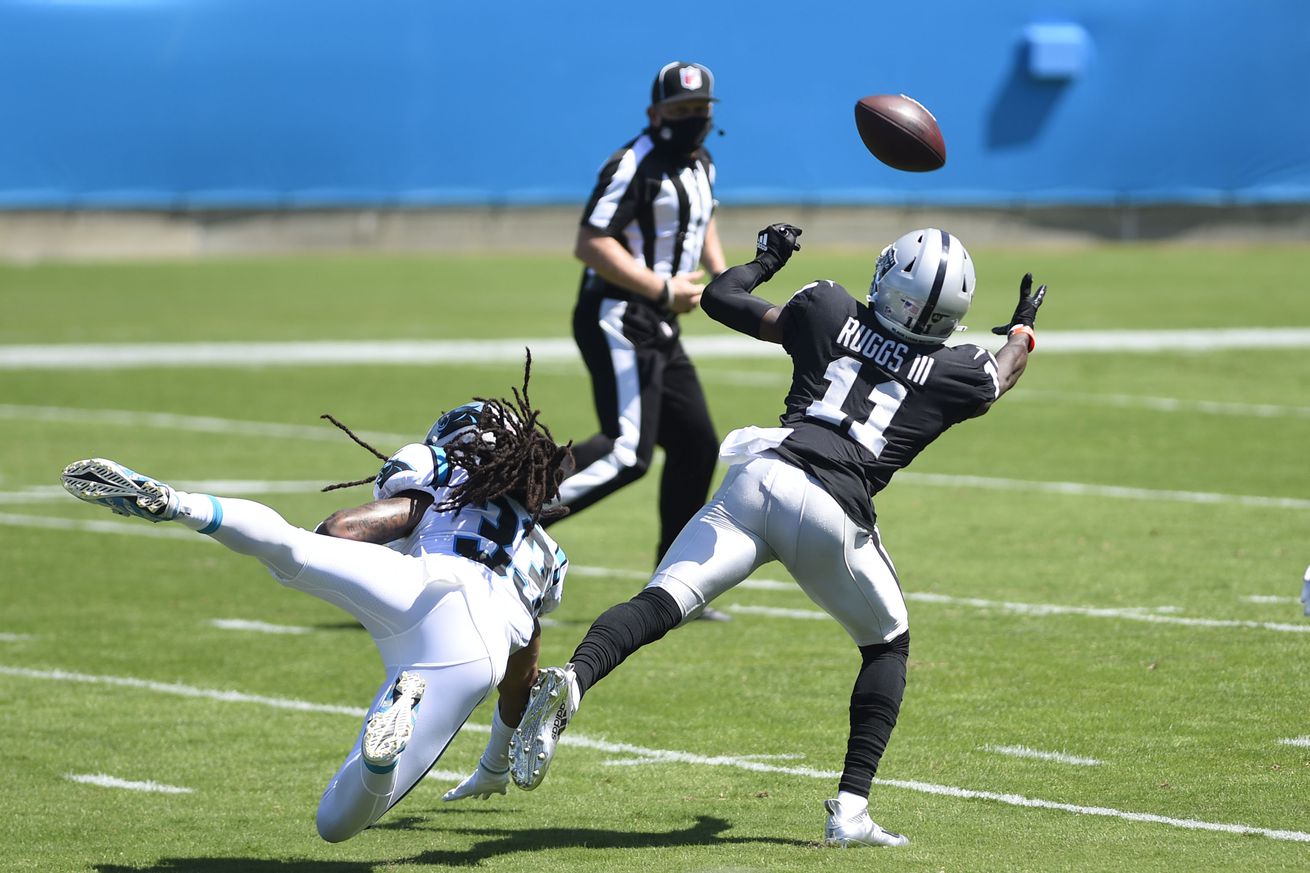 The Las Vegas was off to a great start, until he had to leave before halftime

The Las Vegas Raiders had a solid first half passing effort against the Carolina Panthers on Sunday with Derek Carr going 13-of-18 for 141 yards headed into the break, including completing three of five passes to rookie receiver Henry Ruggs for a total of 55 yards gained. But on the final completion to Ruggs, the 12th overall pick may have had his ankle turned and he left the game at that point.

UPDATE: The Raiders team Twitter account officially listed Ruggs as questionable to return with a knee injury and then a minute later reported that Ruggs had returned to the field.

Update: Ruggs has returned to the field.

He is questionable to return.

The concern is Henry Ruggs’ apparent ankle injury. The good sign is he walked off on his own, but gingerly. No word from the #Raiders, yet.

Ruggs was the Raiders leading receiver in the first half and fellow rookie training camp star Bryan Edwards was targeted zero times. Carr soon found Nelson Agholor for a 23-yard touchdown and he has completed two of two passes to Hunter Renfrow for 21 yards. But if Ruggs misses additional time because of the injury, Carr will need Edwards and others to step up in his absence.

Unfortunately, Ruggs was drafted as high as he was because of the rare speed he possesses and that may not be an element they can replace until he returns.

A look at @Raiders WR Henry Ruggs and the injury he sustained. #NFL #Raiders #RaiderNation