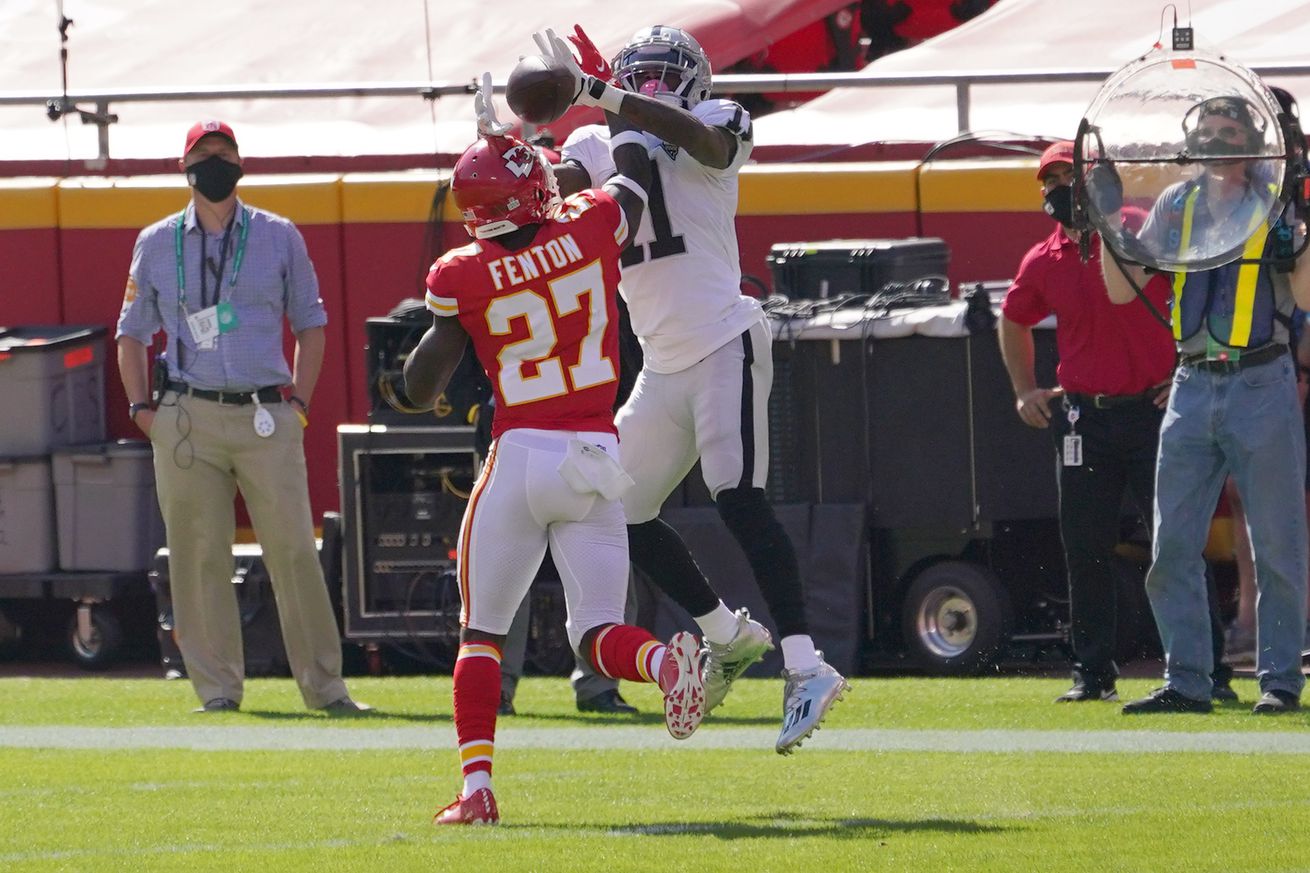 Rookie’s impact has been undeniable in his three games

Henry Ruggs III has six catches in his NFL career, but those are not the numbers we should be focusing on when figuring the rookie’s impact on the Las Vegas Raiders’ offense.

Here are some numbers that much better explain what Ruggs means to the Raiders: 3-0. That’s Las Vegas’ record when he’s been on the field for wins against the Panthers, Saints and, most notably, the Chiefs.

The No. 12 overall draft pick from Alabama has missed two games because of knee and hamstring injuries, but the Raiders have won the three games Ruggs has played in and they have lost the two games he didn’t play in.

It may not be as simple as the Raiders can only win with Ruggs, but there is no doubt that he changes the offense.

Check out these numbers:

Henry Ruggs has been a true game changer for the #Raiders offense so far. Derek Carr is pushing the ball downfield more often and is way more efficient when Ruggs is on the field:

The Raiders have scored 34, 34 and 40 points in the games Ruggs has played.

Las Vegas has scored 20 and 23 points its two losses with Ruggs and 14 of those points came in garbage time. The Raiders’ offense has been dynamic and explosive in their wins and the presence of Ruggs cannot be discounted.

No. 1 overall WR in @PFF yards per route run isn’t technically a rookie but barely played in 2019, then was cut by #Lions:#Eagles WR Travis Fulgham out of ODU

Being truly healthy for the first time since halftime of Week 1, Ruggs had two catches for 118 yards, including a 72-yard touchdown catch, in the Raiders’ 40-32 win at Kansas City on Sunday. Yes, he only had two catches, but the Chiefs had to account for him at all times. Ruggs is a threat to blow the top off the defense at any time. That helps the 10 other Las Vegas players on he field.

Ruggs may never have gaudy catch totals, but his impact on the offense will be huge. There is no denying Ruggs is a great fit for this offense.