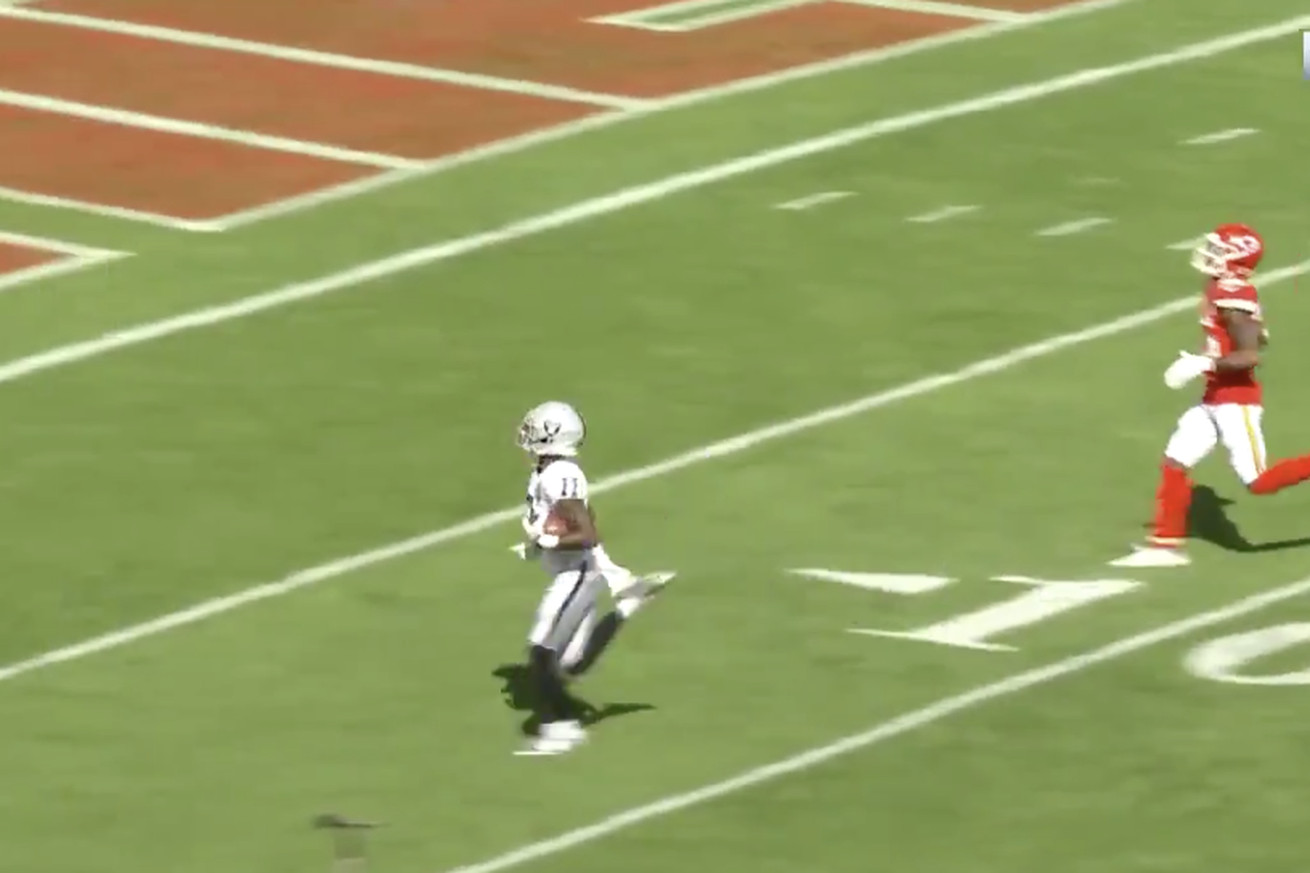 After missing the last two games with a hamstring injury, Henry Ruggs III is making his presence known against the Kansas City Chiefs at Arrowhead Stadium.

He had a catch that nearly went for 50 yards in the first quarter, and he just exploded for this 72-yard touchdown to give the Raiders the lead late in the second.

It is the first NFL career touchdown for the first-round draft pick. The TD also gave the Raiders a 24-21 lead over the Chiefs late in the second quarter.

Relive the Ruggs magic again in the clip below.

YOU CANNOT KEEP UP WITH HENRY RUGGS.

A subsequent field goal from the Chiefs meant that that the score was tied at 24-24 going into the half.

Arrowhead Stadium has not been a friendly place for the Raiders in recent years. They have gone 0-6 in the Derek Carr era and haven’t won there since 2012.