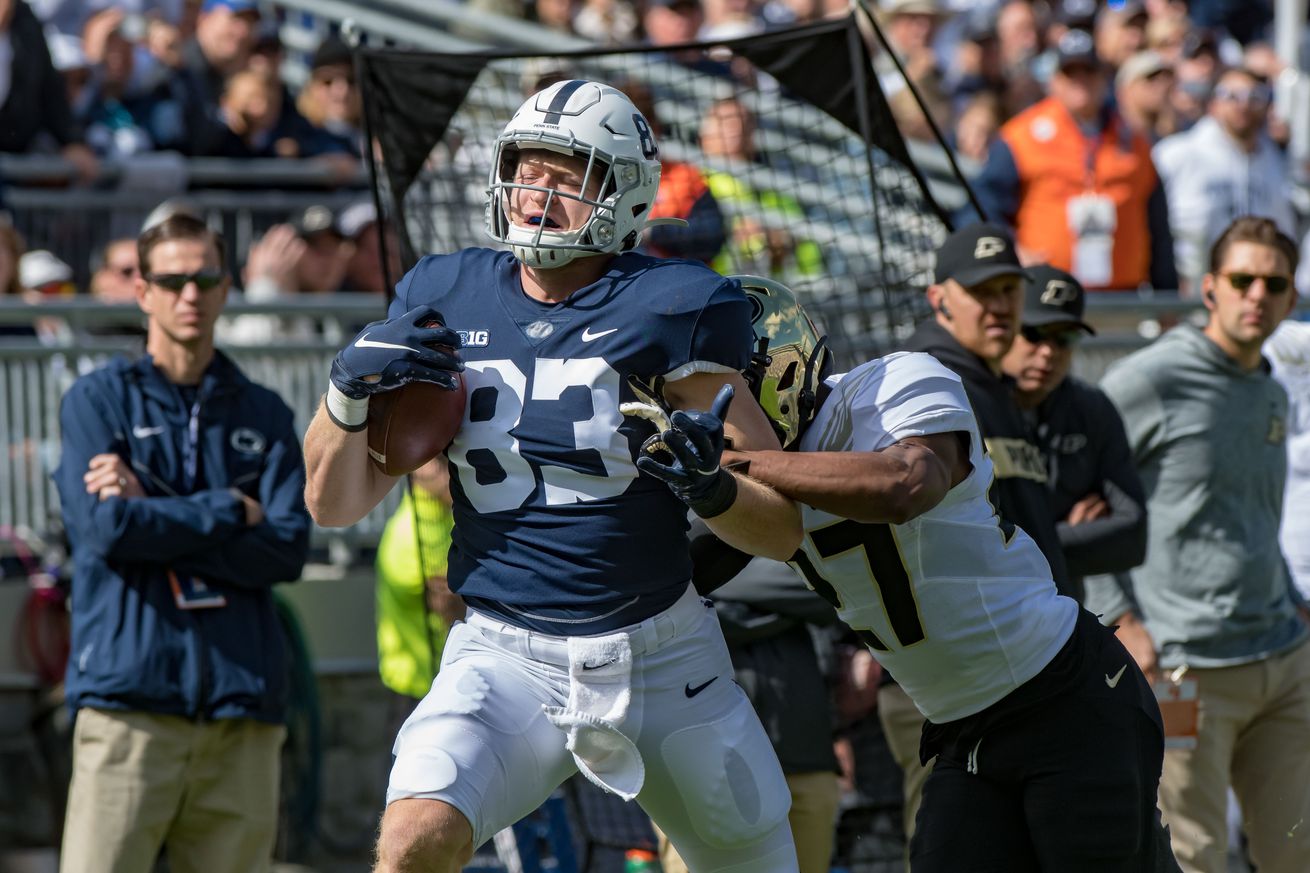 Rookie tight end struggled with injuries while at Penn State

We’ve been looking at some of the Raiders’ eight undrafted free agents and now let’s dig into Nick Bowers.

The Raiders agreed to terms with the tight end from Penn State shortly after the draft. Bowers played in 13 games for the Nittany Lions in 2019, but he wasn’t their primary tight end in passing situations.

Bowers had 10 catches last season for 214 yards and three touchdowns. He was a key contributor for Penn State on special teams after dealing with a series of injuries for much of his college career.

Bowers was a first-team Big Ten all-academic. He also was the recipient of the Tim Shaw Thrive award, which is an annual award given to a player who overcome adversity and inspired his teammates.

After redshirting in 2015, Bowers, who is known for his athleticism, missed all of 2016 and half of the 2017 season with injuries. He struggled with injuries for chunks of 2018 as well.

Bowers had better injury luck last year and showed flashes of talent so perhaps he will be a good practice-squad candidate for the Raiders, who don’t have much room on their roster at the position.

Check out the highlight Bowers below: